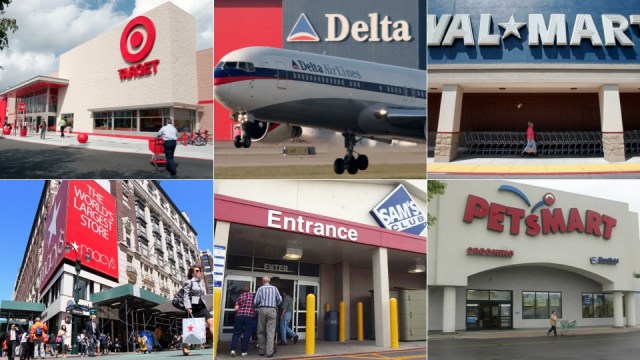 Retailers like to avoid appearing political, but thanks to a development in e-commerce, they’re being forced to choose between angering customers who support gay rights, and those who oppose it for religious reasons. And while previously companies have withdrawn donations and apologized when accused of supporting anti-LGBT causes, now some are being lured back into donating, in only to avoid accusations of religious discrimination.

The New York Times reports that over the summer, Stuart Wilber, a 73-year-old gay man from Seattle, unwittingly started a massive online protest against the group Charity Giveback Group, or CGBG. The for-profit company, which was once called the Christian Values Network, operates like many other sites retailers use to funnel people to their sites. Anytime someone buys something from an online retailer after arriving at the site via CGBG, the group gets a commission. The problem is CGBG lets the buyer decide where half of the commission money will be donated. They can choose from a long list of Christian charities, including Focus on the Family and the Family Research Council, which are no friend to homosexuals (or ladies, though the Times focuses mainly on gays).

Unless you’re living off the grid in a cabin you built in the woods (and are having this post read to you), you’ve definitely bought something from a store that does business with CGBG. The list includes Apple, Microsoft, Netflix, Walmart, Target, Sam’s Club, PetSmart, Delta, Expedia, Avis, Westin Hotels, Barneys New York, and Macy’s. Executives claim that they didn’t know CGBG gave customers the option to funnel money into the uber-conservative groups, and that may be true. Yet, thanks to online campaigns and petitions supported by tens of thousands of people, they’re now clear on what the company does.

In response to the campaign, about 100 retailers abandoned their arrangement with CGBG, including Microsoft, Barneys, Apple, Macy’s. Then conservative groups launched a counter-attack, complaining that they’re being persecuted for their religious beliefs on sex and marriage. Mike Huckabee said,”This is economic terrorism. To try to destroy a business because you don’t like some of the customers is, to me, unbelievably un-American.”

You can trust Huckabee’s assessment of the situation because he’s a paid CGBG consultant. He says organizations like Focus on the Family and the Family Research Council aren’t hate groups, they’re just peaceful organizations that promote biblical values — even though their leaders have said same-sex parenting is harmful to children, homosexuality should be illegal, and gays are more likely to be child molesters. Blogger Roy Steele, who’s been campaigning against CGBG, says the effort, “has nothing to do with biblical positions … It has to do with the fact that these groups spread lies and misinformation about millions of Americans.”

So far Delta, PetSmart, Sam’s Club, Target and Walmart have been persuaded to do business with CGBG again. John Higgins, the organization’s president, says, “People have been misled. The retailers are not donating to anyone; they are simply paying a commission to get traffic. That’s partially true, but the companies are knowingly paying a company that passes on money to so-called “charities” that promote hate and homophobia.

Retailers Are Put on the Spot Over Anti-Gay Aid [NYT]