I come to you today with that perhaps cliché reminder because I’m following up it with absolutely heartbreaking news. Netflix has decided not to renew our beloved One Day at a Time. The cancellation comes roughly five weeks after the streaming network’s release of Season Three. According to Variety, Sony, the production company behind ODAAT, plans to shop the series elsewhere. Though The Hollywood Reporter notes that may be a difficult mountain to climb as Netflix will continue to own and house the first three seasons, unless a compromise deal could be brokered.

Netflix’s One Day at a Time was a modernized version of Norman Lear’s 1975 classic about a single mother raising her two children. The mother, Penelope Alvarez (Justina Machado), known as Lupita to her family, is an Army veteran living with anxiety and depression stemming in part from her time in the service. The eldest daughter, Elena (Isabella Gomez), is a teen whose coming out and subsequent “baby gay” arc warmed every heart on the Autostraddle team, along with our readers. Rarely are gay teens given opportunities to shine like Elena and her non-binary sydnificant other, Syd (Sheridan Pierce). Penelope’s son, Alex (Marcel Ruiz), lovingly referred to as “Papito,” can charm any room. EGOT winner and living legend Rita Moreno starred as Penelope’s mother and the children’s grandmother, Lydia, also known as Abuelita, who lives with the family and takes care of the household. There was no show like it in the history of television, which sounds like a hyperbole but absolutely is NOT. The hole being left in our hearts and the television landscape by the Alvarez family is going to take an incredibly long time to fill. 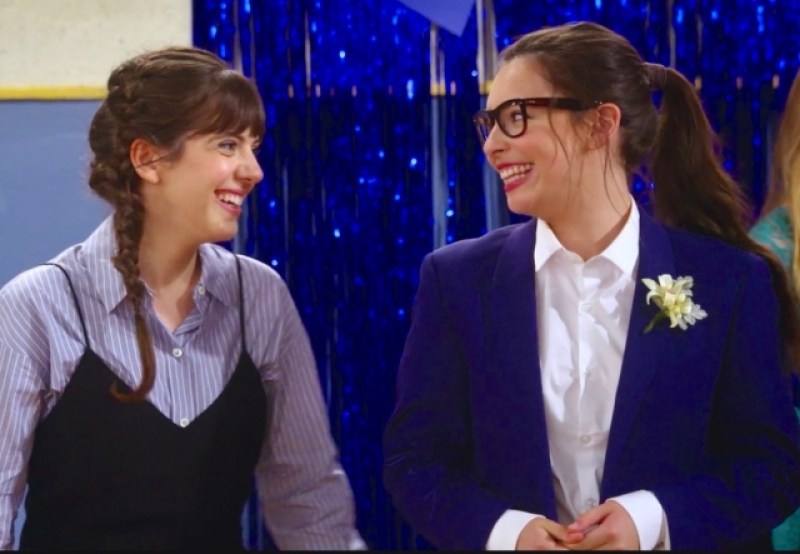 Netflix COO Ted Sarandos released a public statement calling the decision not to renew “a very difficult” one that only came after several weeks of trying to make another season work. From Sarandos: “It’s been a great honor to work with the legendary Norman Lear. I’ve personally spoken with Norman, and co-creators Gloria Calderón Kellett and Mike Royce, to express my gratitude to them, all the writers, the dedicated crew and the cast including the brilliant Justina Machado and dazzling Rita Moreno for creating a series with such humor, heart and humanity. This was a very difficult decision and we’re thankful to all the fans who’ve supported the series, our partners at Sony, and all the critics who embraced it. While it’s disappointing that more viewers didn’t discover One Day at a Time, I believe the series will stand the test of time.”

The Netflix twitter account echoed Sarandos’ words this afternoon with a special message to fans: “To anyone who felt seen or represented — possibly for the first time — by ODAAT, please don’t take this as an indication your story is not important. The outpouring of love for this show is a firm reminder to us that we must continue finding ways to tell these stories.” The sentiment is nice Netflix, but the best way to support underrepresented communities is by keeping our stories on the air and not cancelling them. Perhaps you should try that next time. (As one of our television writers, Natalie, pointed out, it was around this time last year that Netflix also cancelled Everything Sucks!, despite having a lesbian coming of age storyline that was massively popular and resonant with viewers.)

 One Day at a Time co-showrunner Mike Royce released a statement on Twitter on behalf of the show’s team:

There are a lot of us who are going to mourn the loss of One Day at a Time today, after all it was a critics’ darling with a passionate (though sadly, ultimately not large enough) fanbase. The pain is going to be felt most acutely by those of us who saw parts of ourselves on television for the first time in the Alvarez’s living room. Maybe you found glimpses of your nerdy, goofy, non-binary self in Syd. Maybe your grandmother brings life in every room like Lydia. Maybe you discovered healing that you didn’t know you needed through laughter and tears and the embrace of their family’s love. If so, today is for you.

The Autostraddle family has always felt a particular connection to One Day at a Time – ever since they shouted out our website during Elena’s coming out story in the show’s first season. 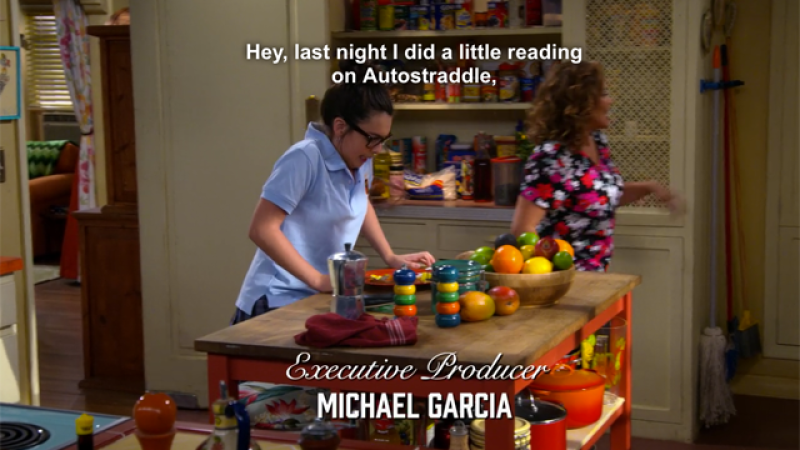 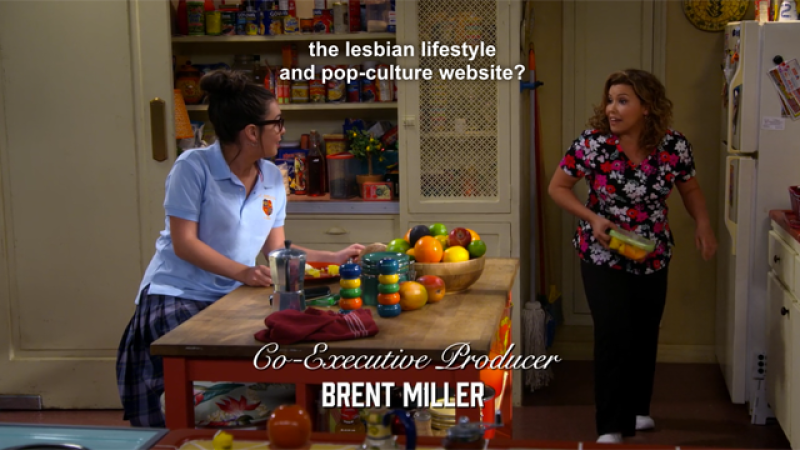 To those writers, along with Mike Royce, Gloria Calderón Kellett, and everyone involved in the show’s cast and crew, we say: Thank You. These past years are ones that we will all cherish, because we were lucky enough to experience them together.

I first watched One Day at a Time sitting on a couch in my mother’s living room. She raised me as a Puerto Rican single mom. Back then I was a nerdy, activist, geek of a teenager in a Catholic school uniform – not unlike Elena Alvarez. In my mind’s eye, my own abuela will always have the glamour of Rita Moreno. So when I say that I’d never felt as emotionally connected to a story before, I mean it. I’d never seen not just a Latinx family, but a Caribeñx family on television like this. One that was rooted in the cultural specificity and food and inside jokes of my family. One that centered the stories and pain and humor of women. One that educated as easily as it soothed.

Yes, losing One Day at a Time is a personal heartache for me – representation matters, I won’t lose track of that – but the fact is that it was also superbly written and acted. It balanced a tightrope so beautifully that it felt effortless to watch. Pound for pound, this sitcom quite simply lapped its peers, and did so with a smile on its face. As a queer Puerto Rican I mourn the loss of representation. As a television critic, I mourn the loss of an exquisite work of art. 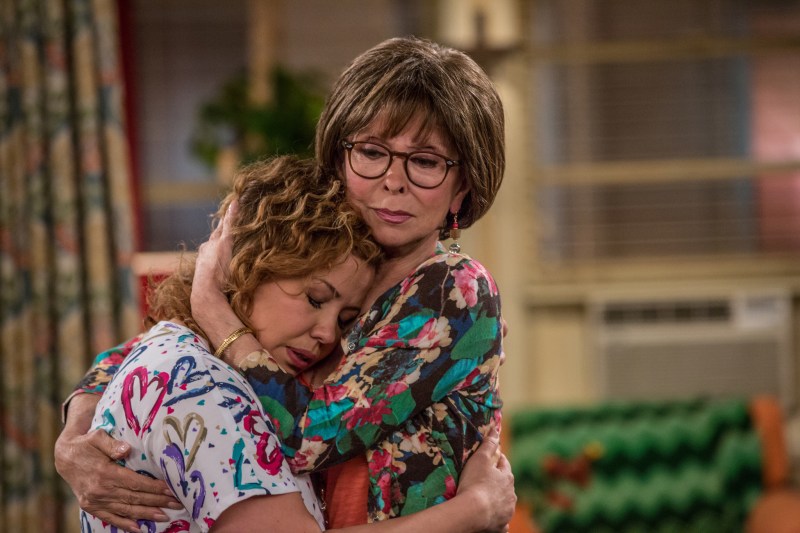 The Alvarez family has a saying that they sing in unison when someone is celebrating success, “¡Dalé, [insert your name here], Dalé!” Dalé is a Spanish exclamation that doesn’t have an easy translation, but ultimately it means “Go ahead!” “Keep moving!” Go harder!”

Today I’m imaging that Alvarezes are singing that to me, and also to you. We will keep moving, we will go harder, we will keep celebrating. The fight for representation on television – for women, for queer folks, for Latinxs – is very far from being over. While we gear up for what comes next, we’ll raise our flags and dance loudly in the streets. It’s what Abuelita Lydia would’ve wanted.