If last episode was all about daddy issues, OUAT wanted to keep it equal opportunity and make this episode all about mommy issues. Not that OUAT isn’t a constant barrage of parental issues, since everyone on this show has been forced into being related and half of them hate each other already. At this point, we’ll be lucky if we make it out of the season without a reveal that Pongo is the father of Rapunzel who is married to Smee who is secretly the child of Flounder who is actually the son of one of the scary trees from Snow White.

Also, it’s a Regina episode, so, you know. Try to muster up the excitement you’d forgotten you had for this show and put on your big girl extra absorbent panties. A lot of this episode takes place in the real world, but if you thought that this development would mean a fond farewell to suspended disbelief and unbelievably poor plot devices, think again! Reality’s just as batshit inaccurate as ever.

Just to remind everyone where we’re at, since I’m assuming that you spent the week off feeling listless and drowsy, maybe wearing the same underwear two days in a row: Operation Save Henry has hit a wee snag, what a shocking surprise says absolutely no one. Shit was crazy, with Henry ripping out his own heart and giving it to Pan just as his parents and that guy Neal showed up. I know, I know. We all want to leave Henry in Neverland because this is the story arc that will not die no matter how times we kill it with fire, but bear with us. Because it would be totally ridiculous if there was a minor plot twist at the end of this episode that snags us right back into those godforsaken ten square feet of jungle, right? Right. 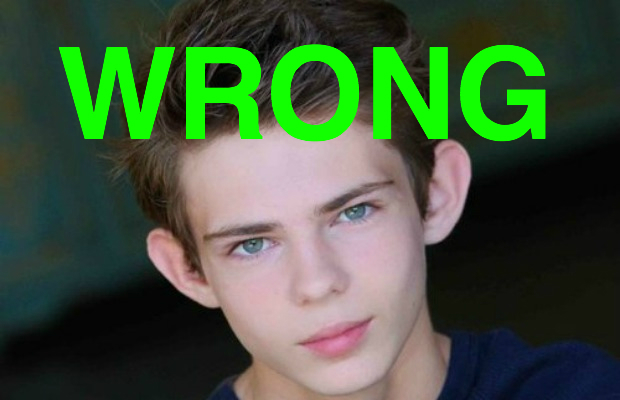 The episode begins with a flashback to Green Screen Kingdom, which is shockingly not that Green Screen-y in these shots, and the Evil Queen visiting Rumpleforeskin directly after setting off the curse. She wants to get this ball rolling, he tells her that the Savior will break that curse. The Savior registers at the bottom of Regina’s priorities, since slaying babies and properly displaying her cleavage is shit she does with her eyes closed and one hand tied behind her back. 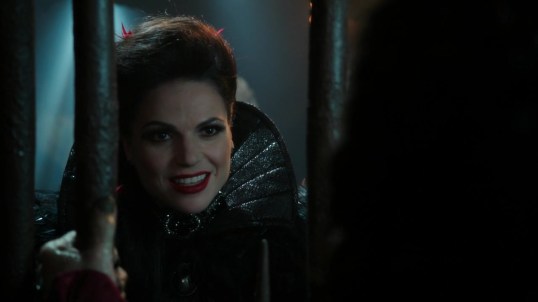 All this and I can do it while I’m in reverse cowgirl.

This is my least favorite incarnation of Rumpleforeskin, the one with the high-pitched voice and creepy fingers. He looks like a crusty frog who just fell of a Pride float. I haven’t seen someone in that much glitter since my friend choked on a facefull during some queer performance art. This version of Rumple says that the price for curses is being an unfulfilled smartly dressed pre-cougar later in life. Curse on, baby. 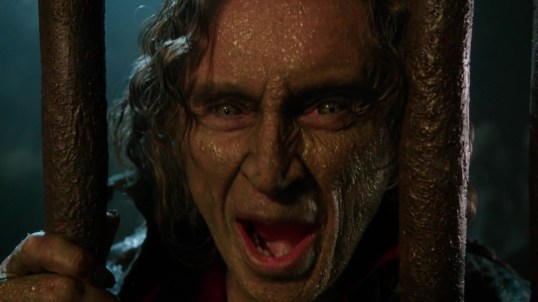 For those of you who were wondering where all the green screen went, it’s in Neverland, wow! In that dumb cave that is so CGI’d that at times, the characters float around instead of actually walking, Henry is still unconscious and heartless. His parents and that guy Neal are trying to revive him. Pan is hovering nearby instead of getting the H-E-double hockey sticks out of there, because has he seen defensive mama bear Regina lately? Emma takes out her sword, which, unlike the chainsaw, typically means she’s going to do something embarrassing, and she kind of…stabs the sword into the air near Pan? Sorry everyone, ABC ran out of money for a fencing coach. It was too busy spending $11.51 on the CGI effects. 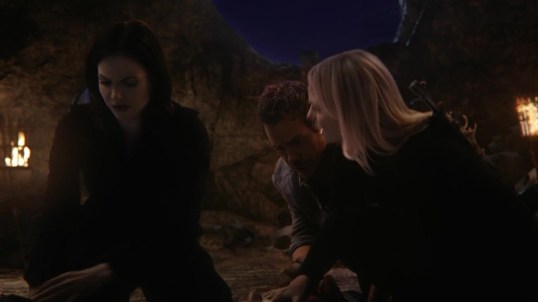 Is the fire CGI’d? I think the fire is CGI’d. No one could have sent an assistant on a candle run, really?

Flashback to Mayor Regina, which is probably her hottest incarnation. She’s touching on everything here, with MILF vibes, pre-cougar vibes, dominating tightly wound woman in position of supervision who is totally a FREAK in the sack vibes, all of it. Ugh, I just want her to sneer at me in a black dress and smack me across the face with a stack of files. Mayor Regina tells Jiminy that she feels completely unfulfilled despite being such a HBIC and Grade A Hottie. Jiminy gives the worse advice your married friends continue to give you and says that maybe finding someone to fill those gaps would be a much better option than filling them herself, maybe with a hobby or a change in careers. Whatever inappropriate context you want to insert into that talk of filling gaps, you go right ahead. I’m not here to stop you. No one’s here to stop you. This is the kind of website where we encourage gaps getting filled and holes getting a fist plugged right up there. 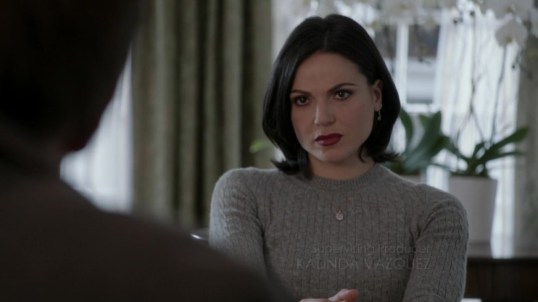 Your mouth is saying “Buy a fish or try yoga!” but all I’m hearing is “Purchase a small human.”

Regina interprets this advice not as “get married” but as “get a baby”, which are two things lesbians have usually discussed by the second date and also two big life decisions that should not be placed in the hands of known traitors. But hey, Rumple is apparently the source on babies, and Regina needs to get herself a baby stat. Babies are crazy, guys.

Regina needs to save her son, but Emma’s like, hey, don’t you mean “our son”, I thought we were saying “our son” now because it’s the writers’ attempt at smoothing over all those times they were taking giant flaming dumps on non-traditional family structures. Regina vaguely gestures at Neal, calling him “this…person” and yes, that happens in canon, that is all actual dialogue in an actual scene, and says Emma has her dumbass parents and “this…person” and a pirate that’s chasing her tail, but all Regina has is Henry, who she raised for 11 years. Because she’s his mother. Just to remind everyone. 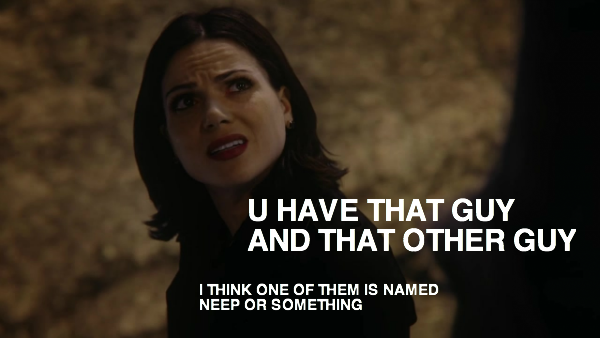 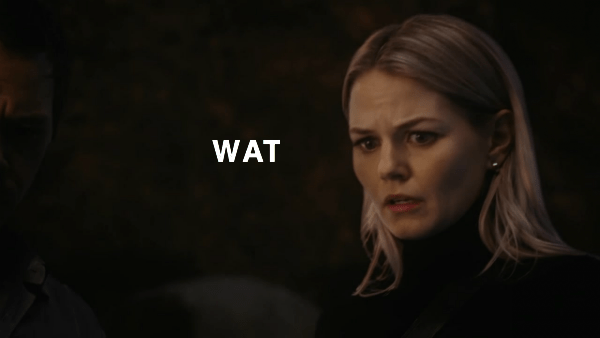 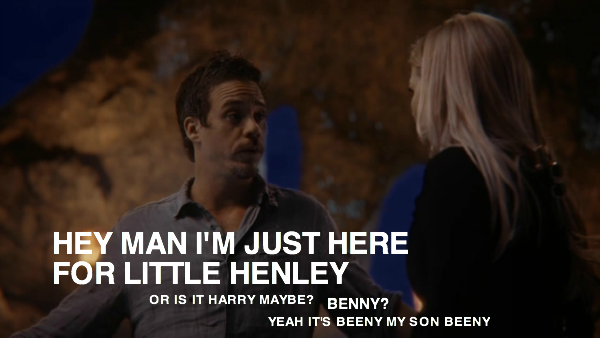