This week, a lesbian couple from Monroe County, Tennesee had their house burned down. After “QUEERS” was spray-painted on the side of their garage. This was after months of a homophobic neighbor constantly harassing them and threatening to burn down their house, which would have been completely unconscionable all on its own even without someone ACTUALLY BURNING DOWN THEIR HOUSE. But that happened. Carol Ann and Laura Strutte are now reduced to asking strangers for donations to make it through daily life, like clothes and dog food. In the face of all this, they are grateful that at least their daughter wasn’t immolated inside a burning house because she was lucky enough to be too sick to housesit for them. (@care2)

This same week, we find the story of a lesbian mom whose sperm donor stalked her and her child, costing her and her partner over $60,000 in legal fees which, as she points out, could have been her child’s education. The existing child and family laws don’t address a family situation like hers, and now she has to allow the biological father of her son regular visitation rights, and spend them at home biting her nails hoping that he doesn’t flee with the child to Brazil. Because she signed family papers while still drugged after her c-section, she’s bound to the biological father by the same agreements that are meant to protect straight women from their partners turning into deadbeat dads. “The visitations have been psychologically confusing for her son, according to Karen. Daniel showers him with material gifts and tells the boy he shouldn’t call Karen’s partner ‘mommy.'”(@abcnews)

We have no commentary or analysis for either of these stories, other than to marvel at how really rudimentary parts of human life, like HAVING A FAMILY or OWNING A HOME, are still huge minefields for queer people everywhere, and regardless of whatever hard-won baby steps we might make on marriage equality or Don’t Ask Don’t Tell, we can’t even be guaranteed basic things like living in the same house from one day to the next without someone f*cking burning it to the ground, and that sucks. It’s true that straight people aren’t guaranteed an easy ride either, but at least when something goes wrong for them they don’t have the added indignity of someone spraypainting QUEERS on their shit. Living like this is exhausting and wears us down psychologically and emotionally until we can’t even write articles about it in an intelligent or meaningful way. Jesus Christ, rest of the world, wha the f*ck did we ever do to you? 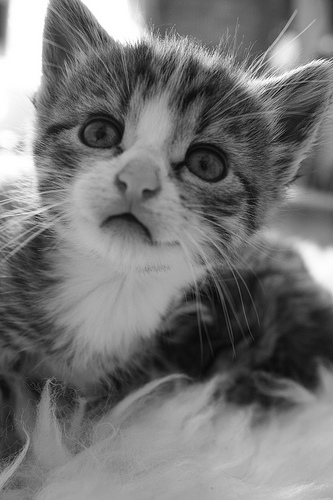