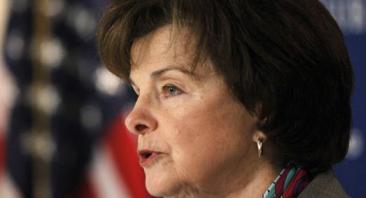 Today Senators Dianne Feinstein, Patrick Leahy and Kristen Gillibrand introduced the “Respect for Marriage Act,” which aims to repeal all three sections of the Defense of Marriage Act, otherwise known as “DOMA.” As you’re aware, DOMA strictly defines marriage as being between a man and a woman. Feinstein, a California democrat, was one of 14 Senators who opposed the legislation when it was first introduced in 1996.

You can read the entire Respect for Marriage Act bill here.

“The president has long called for a legislative repeal of the so-called Defense of Marriage Act, which continues to have a real impact on the lives of real people – our families, friends and neighbors.”

“Obama is proud to support the Respect for Marriage Act.”

For a look at “how far we’ve come,” here’s what our BFF Slick Willie Clinton said about gay marriage in 1996:

“I remain opposed to same-sex marriage. I believe marriage is an institution for the union of a man and a woman. This has been my long-standing position, and it is not being reviewed or reconsidered.”

Clinton has obviously since reviewed and reconsidered his position.

Many wish that Obama would take the next step and actually endorse marriage equality instead of “leaving it up to the states” — but as public opinion tips in our favor, it’s possible state-by-state legislation might be a very realistic means to our collective ends. It’s also worth noting that a bulk of Obama’s campaign funds are coming out of California this year, and more specifically The Bay Area, which is the gayest place on earth.

The Senate Committee Hearing takes place tomorrow and will include testimonies from same-sex couples. The bill has 27 co-sponsors and none of those sponsors are Republicans.

Feinstein says that if they don’t succeed this session then they’ll try again next session. For more about the Obama Administration’s relationship to DOMA, read this.