When we talked about how to have lesbian sex for the first time, we told you we’d keep it simple and vanilla. But it can be tons of fun to make things a little kinkier, which is why we’ve declared that February is Bondage Month on Autostraddle! Every week we’ll publish a Bondage-themed NSFW Sunday and a non-Bondage-themed NSFW Sunday, which is double the fun for those of you who enjoy both.

So far, we’ve talked about:

If You Only Read Three Books, Read These

Sm 101: A Realistic Introduction, by Jay Wiseman, is a more technical introduction to S/M and bondage. Rather than dealing with advanced techniques or focussing on one area in particular, Wiseman focusses on turning readers who know basically nothing into readers who know basically something about negotiations, safety, finding or building S/M relationships, basic bondage techniques (such as how to tie someone up), other bondage techniques (such as how to blindfold, gag, or cuff someone), giving and receiving pain, flagellation, clamps, lube, dominant/submissive interactions, and more. Also, it’s mostly gender neutral! 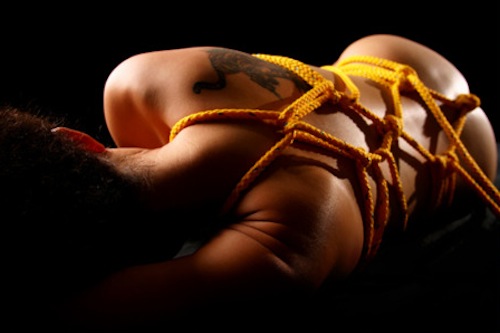 Bondage For Sex, by Chanta Rose, addresses misconceptions about bondage and provides several step-by-step guides for getting started.

+ How to be Kinky: A Beginner’s Guide to BDSM, by Morpheous
+ Screw the Roses, Send Me the Thorns: The Romance and Sexual Sorcery of Sadomasochism, by Philip Miller and Molly Devon
+ Consensual Sadomasochism: How to Talk About It and How to Do It Safely, by Bill Henkin and Sybil Holiday
+ The Loving Dominant, by John Warren
+ When Someone You Love is Kinky, by Dossie Easton and Catherine A. Liszt
+ Fetish Sex: A Complete Guide to Sexual Fetishes, by Violet Blue
+ Different Loving: The World of Sexual Dominance and Submission, by William Brame and Gloria Brame
+ Safe, Sane and Consensual: Contemporary Perspectives Sadomasochism, edited by Darren Langdridge and Meg Barker

“The first time I was bound, it was by a stranger. A tall, powerful woman who could have lived my life twice with time to spare. She buckled worn, leather cuffs onto my wrists and locked them in place and slapped me, hard. I could not look at her while she completed the rituals that transformed her from the rough-voiced seducer in a crowded and smoky bar into the sleek, silken seductress who could charm the most frightened young woman into a very dangerous game. I knew the proper words to say and the proper games to play, but still I went with her to a place I did not know, leaving no one behind to call for me, or to know into whose hands I had given myself.”

“I use a scarf for this tie, long and silky and easier to manipulate. It isn’t easy to tie your hands securely together behind your back, but I manage. I’ve practices for tonight so that everything will go perfectly. The scarf slips over my skin, tightening just as it has when I’ve practiced, putting me instantly into my submissive place. I am bound, helpless and exposed before my own reflection.”

Salacious Magazine is a queer feminist sex magazine that combines writing, art, comics, and illustration together for sexy awesome fun. Issue #3: Leather is not to be missed. From Tillie King’s “Leather: Finding my Language”: 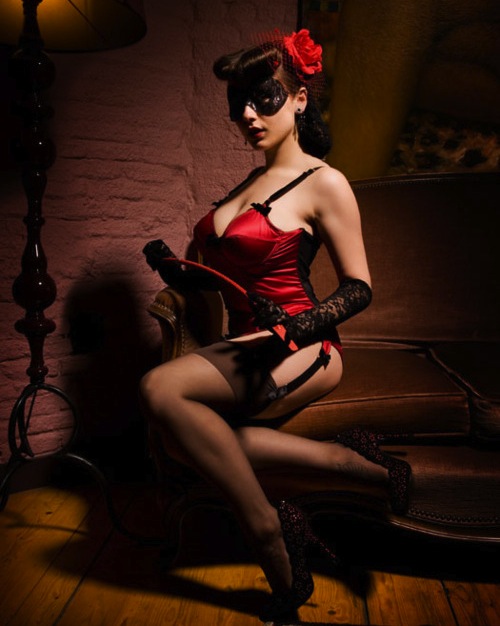