When we talked about how to have lesbian sex for the first time, we told you we’d keep it simple and vanilla. But it can be tons of fun to make things a little kinkier, which is why we’ve declared that February is Bondage Month on Autostraddle! Here’s what we did last week.

Today, we have 100 photos of girls, with bondage! And also: erotica. 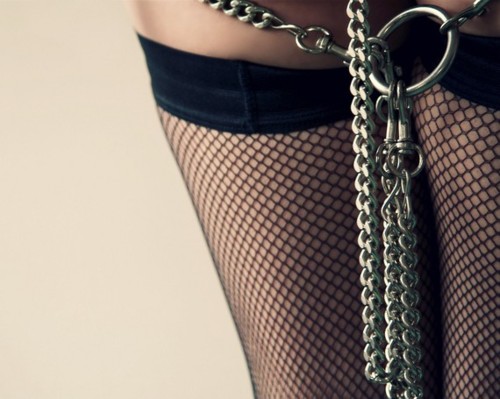 “So, what it is about this leash thing? It’s this object-thing and I want to conceal it, deny it. I don’t want to deal with its existence. Much more than any silk scarf or bathrobe says tied tightly around my wrists, this object embodies my fascination and lust for power play, those words, dominance and submission. Object of ridicule, subject of snickering jokes about pathetic degenerates, shame I didn’t think I owned. I feel lurking vestiges of someone else’s puritan values and a flash of political indignation. Scarves are garments until the moment they become bondage, but that leash and collar has no other purpose. I want to touch it. I want to hide.” 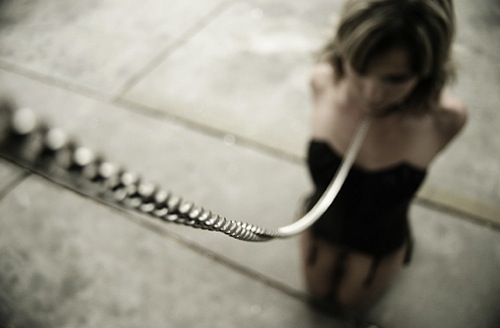 “She stripped my body and tied me up tight, and for the first time, I truly felt the pull of restraints placed on me by another, the weight of my own body, the limits of my own strength. As she stroked my face tenderly before striking me again, and again, and kissed the blood from my teeth and lips, so I could see it on her when she drew away. In a too-late moment of indecision, I tested the bonds and found them locked onto me, impossible to slip or lift off. And I knew what it meant to be truly helpless, at another’s mercy. Alone, with a person who was known for being merciless.

I had no idea what she was going to do.” 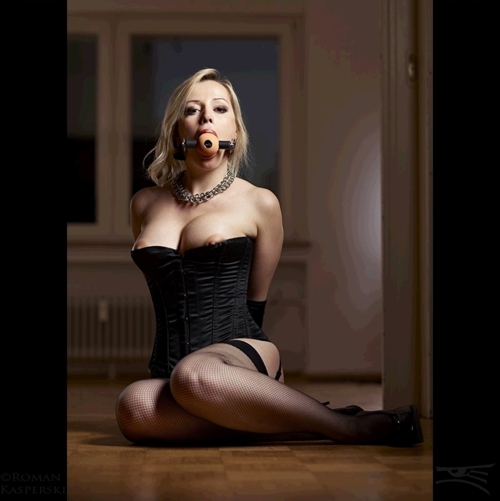 “Her kisses fall down my back like condensation on a glass of water and I don’t breathe, too worried she’ll stop. When her laughter trills against by cheek it breaks me into a million pieces. The sharp shush of cloth against my sensitive wrists almost makes me come, but she plans for it. Her fingernails dig into my ass to trip up pleasure with a sensation more primal. There’s no denying she’s embedded in my skin — both literally and figuratively — as I pull against my bonds.

Regardless of the material, she ties good knots, which is part of the reason we fell in love. Perhaps the other part has something to do with stupidity more than anything else. But the sweet shift of her body between my legs reels me back out of my head. There’s no way to see from this angle. I yearn to tilt my head like an owl, if only for a fleeting glimpse.”

“She was lying on the ground huffing through her wet panties that I had shoved inside of her mouth. A bright red hand print was glowing under her tears. Helpless, she laid beneath me completely stripped of clothing and shaking. I lost my patience with her begging for forgiveness for coming without permission. The one rule that makes me venomous: don’t come without permission, a rather simple and easy rule to follow. However, when you tell a slut to abide by such a rule it turns into a fatal challenge. Tonight she lost the battle.”

—Gracie, “Marking Her,” on Fleshbot

“I pull you closer, loop your hands through the belt hanging above you, and only now slide one more finger into you. I’m trying to maintain a little control, to pay attention to each small detail — like the way you’ve just thrown your head back against my shoulder, how you’re letting the belt manage most of your weight, how that last moan started a little deeper. I want to reach the base of that moan inside you. I want to fuck you so deeply the only thing you can feel or think about is me, right at the core of you.” 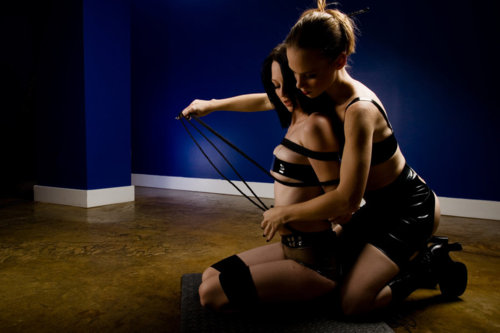 FTC Disclaimer: Some of the materials discussed in this post were complimentary copies received by the writer.

Disclaimer: All of the photographs on NSFW Sundays are taken from various tumblrs and do not belong to us. All are linked and credited to the best of our abilities in hopes of attracting more traffic to the tumblrs and photographers who have blessed us with this imagery. The inclusion of a photograph here should not be interpreted as an assertion of the model’s gender identity or sexual orientation. If there is a photo included here that belongs to you and you want it removed, please email bren [at] autostraddle dot com and it will be removed promptly, no questions asked.