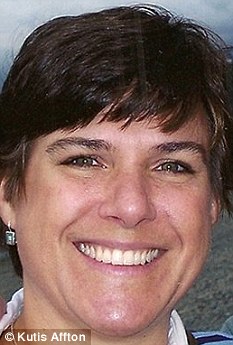 Very early on the morning of July 19, 2009, Teresa Butz and her longtime partner had their home invaded by a stranger who spent two hours raping and torturing them. Her partner was stabbed to the point of being in critical condition in an attempt to murder her, and Butz was killed. Today, as we speak, a jury in Seattle is debating the fate of Isaiah Kalebu, the man Butz’s partner has identified as the rapist and murderer.

Honestly, to say any more about what happened to her feels wrong, especially given how openly and courageously she’s already shared it herself. If you would like to know more, you can read this honest and openhearted piece about “the bravest woman in Seattle” (which we included in a recent Also.Also.Also).

If you would not like to know more – which would be understandable as, speaking personally, this is one of the most horrific things I have ever heard of a person experiencing – you can just know that the attack was at least two hours long total, and that Butz and her partner were assaulted alternately, in the same room, in front of each other. They had gone to a fitting for a commitment ceremony dress that very day. They had made plans that night over dinner to save money to start a business together. They had spoken to Butz’s mother on the phone, confirmed that she would be coming to the ceremony despite her religious reservations about her daughter’s partner. This week, almost exactly two years later, Butz’s mother sat in the courtoom and listened to her daughter’s partner describe the murder of her child.

Honestly, there isn’t much to say because when these things happen, and by “these things” I mean those consequences of the worst parts of individual or collective humanity being visited upon the innocent, we write about them to make sense of them. To create a narrative forward and backwards, fill in the background and speculate about the future in order to try to find a place where that event fits, try to find a reason from the past why this came to be and try to find a reason in the future that will justify it having happened. In this case, there is no hope of achieving either of those things. The story of what was done to Teresa Butz and her partner is the human definition of senseless.

On Wednesday, asked by lawyers if he was at the home of Teresa Butz, Kalebu responded, “I was there and I was told by my God, the God of Abraham, Isaac and Jacob, to attack my enemies, and I did so.” Prior to his testimony, Kalebu had been so disruptive during the three-week trial that he was eventually barred from attending it and ordered to watch the proceedings from a closed-circuit television in a confined room. Prior antics included trying to strangle himself with a towel and swallowing a pencil.

In order to enable his testimony, Kalebu was restrained — he was wheeled into court with white mitts covering his hands and positioned so jury members couldn’t see the restraints. He was also given a wristband via which guards could administer electric shock if he tried to escape or hurt himself.

Kalebu told the court that he had been diagnosed with mental illness. The prosecutor objected, the jury was asked to leave the room and when they returned, the judge instructed the jury to ignore his answer.

Depending on who you ask, the fact that Butz and her partner were two women in a relationship with each other is either incidental or not. There are some voices in both the media and the individual commentary on those media pieces who will claim that it’s not significant – that noting that Butz and her partner were lesbians is an attempt to add lurid detail to a case that’s already plenty lurid, and that what matters here is what was done to them, not their sex lives. It’s an instinct that seems to come from a good place; wanting everyone to be treated just like everyone else, even or especially in situations like these. No one has ever written a headline that I know of saying “Straight Couple Attacked By Home Invader.”

But there are ways in which identity does seem to have a part in this story, both the story of what happened that night and the far-reaching story of its aftermath. To the extent that Kalebu has so far given any defense or explanation for (what seem to be based on the evidence, but are not yet confirmed by a verdict to be) his actions, he said to his lawyers: “I was there and I was told by my God, the God of Abraham, Isaac and Jacob, to attack my enemies, and I did so.”

Others have hypothesized that he may have stalked the couple for some time before the attack, and their obvious love for each other may have motivated him on some level, or at least motivated some of the specifics of the attack. The Stranger’s Aaron Bagley writes:

Maybe he… saw their love for each other, noticed it in silhouette or on a sidewalk, a love that was exploding that summer, making them inseparable, a love that had grown into plans for a commitment ceremony that fall. Maybe he realized he could turn that love against them, mercilessly, use it to control them in their own home, each subdued by the threat that he would kill the other.

There’s also a social significance that’s bigger than Butz and her partner, or this case. The fact that they were able to plan a commitment ceremony is one kind of benchmark of how far we’ve come, and the fact that Butz’s mother, despite her ambivalence, had agreed to come to the ceremony out of love is another. We’ve fought for decades, for centuries for the right to be able to love each other openly. But there’s a flip side to that, which is less heartwarming to think about but just as important: this story is a marker of how far we’ve come in being able to grieve each other openly. It’s one more right that the rest of the world doesn’t have to think about, especially not at the lowest point in their lives, but we do.

There’s Nikki Araguz, who was deprived of the right to legally call herself a widow when a Texas court invalidated her marriage to her late husband because of her trans status.

Janice Langbehn and her children weren’t allowed to enter the hospital room where Lisa Pond, her partner and mother of her children, died slowly.

Nothing will ever, ever, in any possible way make the assault and murder on July 19, 2009 okay. But if there is any possibility of finding small instances of grace in unimaginable tragedy, maybe it is that an entire courtroom of people, mostly straight, was absolutely devastated by hearing Butz’s partner describe on the stand the experience of trying to find a neighbor to help the love of her life, who was dying on their front lawn. The moral triumph, however paltry, of the recognition that grief and love are inseparable, and honoring one means honoring the other.

The horror of what happened… made the court reporter’s eyes well up, made the bailiff cry, had the whole room in tears. The jury handed around a box of tissues. The prosecutor took long pauses to collect himself. The family and friends in the courtroom cried (though, truth be told, they had been crying throughout). The Seattle Times reporter seated next to me cried. I cried. The camerawoman who was shooting video for all the television stations in town cried—and later on hugged Butz’s partner as she left the courtroom for the midmorning break.

Maybe none of that makes sense. Maybe it’s all in our own heads, a desperate scrambling to find a foothold of meaning in an event designed to rob Butz and her partner and those of us who care about their wellbeing, by proxy, of any sense of meaning at all. But that doesn’t make the detail of their relationship, or any other detail of the lives of Teresa Butz and her partner, meaningless. They were in love. They watched a musical that night, it made them cry. Teresa Butz ordered a bourbon and water with dinner. These are the things that make a life, that allow us to define a person by how they lived rather than how they died. To ignore them, and to choose to assign the last two hours of Teresa Butz’s life primacy instead, is also a kind of robbery of meaning. Those last two hours happened and can never be undone, but before that were millions more hours of the deep and indescribable joy of sharing everyday ordinary life, and those were real too, and in that time they loved each other, they loved each other.