Welcome back to No Filter, a once-weekly jaunt through the annals of queer celebrity social media. What a dream! This week in news, the ghost of Kristen Stewart attended a photo exhibition, Gossip Cop did the Important Work of investigating rumors that Paris Jackson might have a crush on Cara Delevingne and our friend Evan Rachel Wood came clean with a bold new life decision:

I've decided I'm saving myself for Kate Mckinnon.
…I said its DECIDED!

Also, in news that isn’t really all that vapid, Halsey expressed some frustration with misconceptions about bisexuality and ERWB totally understood.

To eveyone except your partners. Then you are too gay or too straight. And when you have 2 partners people think you're a sex addict. ?

Bisexual representation, you can stay. Anyway, here’s some Instagram.

I love a good go-to photo face; here are three of them.

Me in my natural habitat (Photo by @erichutchinson)

Lauren Morelli, cackling wildly in the face of knowledge.

Accidentally got a rainbow ? on my face from a crystal I keep in the window seems fitting af

A candid talk about toxic masculinity, sexual assault, harassment, and where we go from here. Thanks for having me and for continuing the conversation. Thnx for the clips @johnnysibilly #Repost @jenbgiggles ・・・ Standard semi jaundice lighting. An amazing #ladyfreak show to close out a very loud and profound year. Special thanks to @mena13suvari @tracelysette @iamstephbeatz @michaelawat #carolineheldman and my lovely co-host @graceparra360 (crazy carny) producer @lizbohnsack and @ucbsunset It really meant a tremendous amount that these women showed up to share, educate and support. Happy Holidays. Thank you for being a part of the bigger conversation #womenempowerment #womensupportingwomen #oldtimeysayings #carolineheldman #mentalhealth #jaundice #lgbtq #womeninfilm

I’m going to include this photograph from Trace Lysette’s insta feed because confirmed bisexual Stephanie Beatriz is in it (along with a huge group of other badasses) and also you can’t stop me.

I modeled for the very talented @maggiewest and her @lelo_official campaign! @luci_6000 will be at the Museum of Sex in NYC and you can sext with this "sex robot" that Maggie built. You can also see more pics of me and Luci, post-coitus at the exhibit. (And yeah baybeeee I have lil stomach rolls. WHO CAAAAAAAARES!!!)

I will tell you the same thing I told Gaby about this photo, which is that this season of Westworld is very confusing.

when nobody else is willing to take a chance, you need to take a chance on yourself. And believe you are gonna figure it out. Don’t take no for an answer. If plan A, plan B or plan C doesn’t work. Adjust and make it plan A. Don’t give up. The world wants you to win even when it doesn’t feel like it. Be relentless. ?

She is such a NATURAL! What a pleasure to share this craft with my special friends ??? Repost from @kristinnoeline – Turns out the best birthday of all time is had when your pal @jasikaistrycurious TEACHES YOU HOW TO MAKE A PILLOWCASE ?✨?✨? 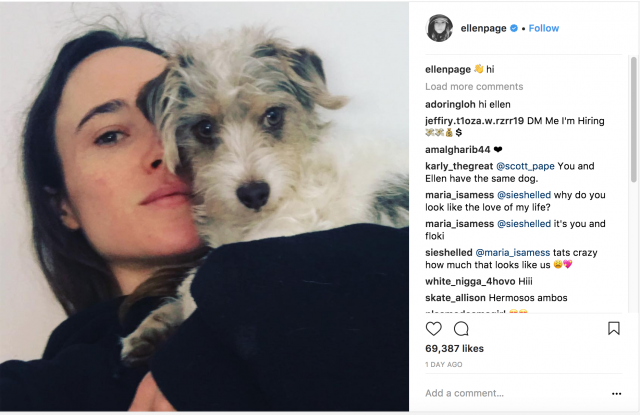 anniversary celebrations with this delicious soul ? @iamclayofficial my love, my muse, I adore you x ? @manumanzo

Valerie Anne would like for us to discuss this adorable situation. It’s nice that these two gals are such good friends!

thank you for being a great FRIEND. For being supportive, loving, compassionate, raising every queen around you and in the WORLD up at all times, & just being the loving person that you are. You deserve the world and I loveeeeee watching you get it piece by piece. LOVE YOU GURLLLL ??

I LOVE IT WHEN CUTE QUEERS ARE FRIENDS.

Happy Holidays from us! Hair: laid by @johnnywright220 Makeup: slayed by @mjr_makeup

EVEN MORE LAUREN MORELLI because look how jazzed these two are. Shout out to user mayralopez1286, who helpfully told Samira, “you look like a teacher lol.”

I GOT A NEW JACKET. MY LIFE BEGINS TODAY pic.twitter.com/CRN3jvpu1G

Join us next week, when I actually do expect some matchy-matchy photos of Sarah Paulson and Holland Taylor; don’t let us down kids!

Stef has written 446 articles for us.