Justice Department Plans to End Private Prisons, But It Affects Only A Fraction of Inmates 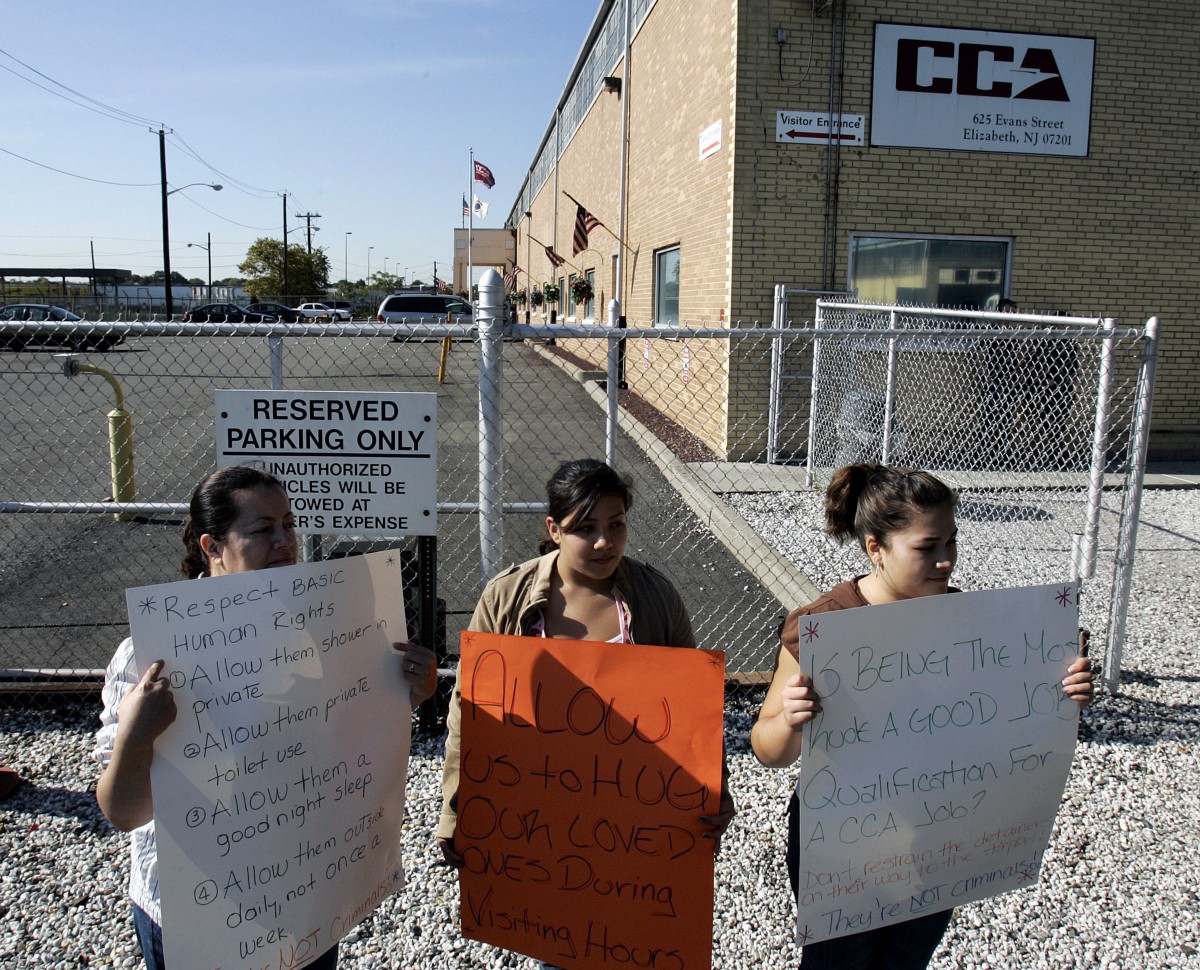 The Department of Justice announced on Thursday they would end contracts with private prisons after their current contracts expire, noting that for-profit prisons do not provide the same level of safety and security as facilities operated by the government.

Deputy Attorney General Sally Yates announced the decision over a memo to officials instructing them to either decline or “substantially reduce” contracts with private prison contractors, with the goal of ultimately ending their use of private prisons.

“They simply do not provide the same level of correctional services, programs, and resources; they do not save substantially on costs; and as noted in a recent report by the Department’s Office of Inspector General, they do not maintain the same level of safety and security,” Yates wrote in the memo.

The Justice Department’s inspector general released a report that concluded private prisons had a higher rate of safety and security incidents than federal prisons. The private facilities had a higher rate of assaults — inmates on staff and inmates on other inmates — and had eight times as many contraband cellphones confiscated each year than federal prisons. The report also pointed out other problems with private prisons including “extensive property damage, bodily injury, and the death of a Correctional Officer.”

Although many are lauding this significant announcement, it only affects a fraction of total inmates, many of whom are housed in state prisons, where the memo has absolutely no effect on them, even those privately run. In fact, the decision only affects 13 federal prisons currently operated by private contractors and some 22,000 prisoners.

In addition, this decision has no effect on the majority of federal private prisons which are run by the Department of Homeland Security who inhumanely and irresponsibly profits off of detained immigrants. For comparison, the Federal Bureau of Prisons held 200,000 individuals in custody last year while the DHS’s immigration and detention centers detain 400,000 individuals per year. According to a Center for American Progress report, Immigration and Customs Enforcement only operates 11 percent of the beds in 250 immigration detention centers while 62 percent of them are operated by for-profit prison corporations. (If you want to learn more about this industry and how corporations can get away with profiting over detaining immigrants, check out this documentary called Immigrants For Sale.)

Think Progress reports on the dire situation at immigration and detention centers:

Men, women and children packed into private immigration detention centers are often forced to sleep on cold floors or in bug-infested tents, sexually assaulted by guards, and go without edible food or other basic services. Many have even died because their medical needs went ignored, or because the conditions have re-traumatized them, driving them to suicide.

Despite the many reports of human rights violations, ICE has failed to investigate these prisons and continues to renew contracts — even as the DOJ admits that egregious abuses in private prisons have prompted their decision to stop using them.

In fact, the ink is still drying on ICE’s new contract to pay CCA $1 billion to jail women and children seeking asylum in the U.S. for at least four more years.

Yates said the Justice Department would review the contracts of the private prisons as they come up for renewal, which all will come up within the next five years. Despite this decision only affecting 12 percent of the federal prison inmate population, it seems it could push for more change within prison systems including ICE’s contracts with private prisons.

Since the DOJ announced their decision, the two largest private prison companies GEO Group and Corrections Corporation of America took a dip in the stock market — a really small blow compared to their incredible financial and lobbying power. They, of course, aren’t going down without a fight. The two companies released statements decrying the Justice Department report and their decision.

+ In 2015, five Chinese feminists were arrested for planning a public rally against sexual harassment. Their human rights attorney, Wang Yu, was detained for over a year, charged with subversion of state power, and just “confessed” to her crimes shortly before her trial. It is generally believed that her public confession was coerced, potentially by torture, and scripted.

+ Chris Christie has signed into law legislation that punishes boycotts of Israel.

+ The Oceti Sakowin, indigenous people of the Dakotas, have been protesting the construction of the Dakota Access Pipeline, which would run underneath their water supply and poison it if the pipeline were to break or leak as it ages. Now a federal court has issued a restraining order against the protesters, saying they can’t block construction.

+ Major health insurer Aetna, which is attempting to merge with other major insurer Humana despite concerns that it violates antitrust laws, will stop offering most of its plans under the Affordable Care Act, forcing its customers with Obamacare to pursue other insurance options.

+ A federal judge has blocked parts of an anti-abortion law in Florida that attempted to cut off funding to Planned Parenthood. However, other parts of the law remain unobstructed, like a section that requires medical professionals administering abortions to have admitting privileges at a nearby hospital, an unnecessary stipulation designed to reduce abortion access.

+ In news that you probably weren’t expecting today, Donald Trump said he was sorry. For what exactly is unclear; at a rally in Charlotte, NC, Trump said “sometimes you don’t choose the right words or you say the wrong thing… I have done that.” Well, he’s not wrong. It’s interesting that this move comes only a week or so after Trump warned the GOP that he would never “pivot” to gain more general support — and his overall campaign has been so vociferously harmful that saying he’s sorry for anything, ever looks like pivoting.

Perhaps relatedly, Paul Manafort, the campaign manager Trump hired in march to replace Corey Lewandowski, has resigned, in the same week that Trump announced he was hiring Breitbart’s Steve Bannon as his CEO. Rumors have said that Manfort essentially gave up at trying to steer Trump’s campaign weeks ago, and apparently now he’s giving up on it officially.

+ Alaskan Natives have lived in Shishmaref for 400 years; now they must leave it because climate change is causing the island it’s on to sink. The island has seen serious beach erosion and flooding for the past 40 years, and now the entire community will be forced to relocate.

+ The Egyptian Radio and Television Union has suspended eight TV anchors for being too overweight. They’re asked to go on diets during their suspension to work on more “appropriate appearances.”