+ This morning the Supreme Court ruled on two major cases: King et al. v. Burwell and Texas Department of Housing and Community Affairs v. Inclusive Communities Project, which concerned the Affordable Care Act and the Fair Housing Act respectively. Both are considered big left-wing wins. The decision in Burwell says that people who buy their health insurance through government exchanges are eligible for tax subsidies regardless of where they live, which means that over 6 million people who were at risk of losing subsidies to make sure they could afford coverage can now keep them. The decision in the Fair Housing Act case confirm that “disparate-impact claims,” or claims that a practice has an adverse impact against a specific group, are covered by the Fair Housing Act, even if the practice isn’t based in clearly discriminatory intent. A ruling about the cases concerning marriage equality will likely come tomorrow or Monday.

Aftermath of the Charleston Terror Attack

+ After an alarming uptick in sales of Confederate flags after the Charleston terror attack, several retailers, including Amazon, eBay and Etsy, have stopped selling it.

+ In addition to the murder charges against Dylann Roof, , the Justice Department will likely file federal hate crime charges. Federal prosecutors say they have not yet decided whether to seek the death penalty against Roof.

+ A week after the Charleston terror attack, state Senator Clementa Pinckney has been laid to rest. Hundreds attended the service, which occurred as the Confederate flag continued to fly above South Carolina’s capitol.

Ann Shephard, 65, an African American Columbia resident stood in the 90-degree heat in black mourning clothes, sobbing as she held up a black parasol. “A cloud has been over me since this happened,” she said after the casket passed. “I look at it from every angle and it doesn’t make sense to me.” 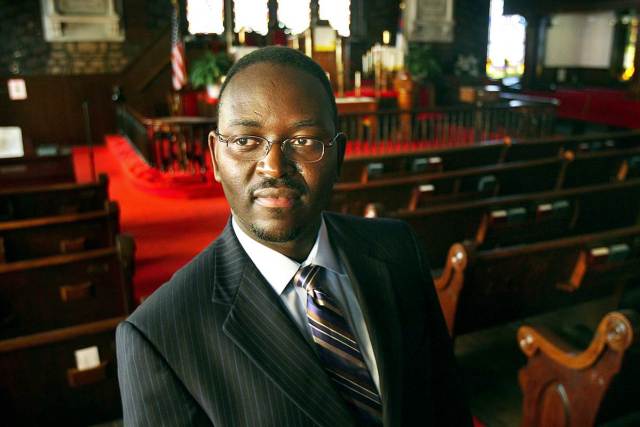 + At least two senators, Sens. Joe Manchin, D-W.Va., and Pat Toomey, R-Pa., are considering ways to push for more gun legislation in the aftermath of Charleston. Having tried to pass a background check bill after Sandy Hook that failed, they are now reportedly “open to exploring what is possible.”

+ New autopsy results on Freddie Gray sort of provide some answers but also sort of don’t clarify anything at all. The medical examiner finds that Gray died of a “high energy injury” inside the police van in which he was detained, and that it was sustained somewhere between the second and fourth stops of the five stops the van ultimately made.

+ One aspect of the prison system we don’t always discuss is how incarceration impacts voting rights; in the US, states can decide individually to restrict voting access to people depending upon their criminal histories in what’s called felony disenfranchisement. In some states, being convicted of a felony can mean that you lose your right to vote permanently. Previously, Virginia required those formerly convicted of felonies to pay off their outstanding court costs and fees before voting again, essentially paying to get their right to vote back; as of this week, that’s no longer the case in Virginia, which means that ex-felons can also now hold public office, serve on a jury, and/or serve as a notary public without having to pay.

+ Remember Marilyn Mosby, the Maryland state’s attorney who, sadly, made a kind of modern history when she announced she would seek justice and files charges against the officers responsible for Freddie Gray’s death? She’s now profiled in Vogue, and I would definitely recommend reading the whole thing.

“There have been decades of failed policies: zero tolerance and harassment and people being locked up for small crimes,” she says, “policies that drive a divide between communities and law enforcement. So many people feel like they are voiceless, that they’ve been dehumanized. What we saw in the riots is a result of that.” 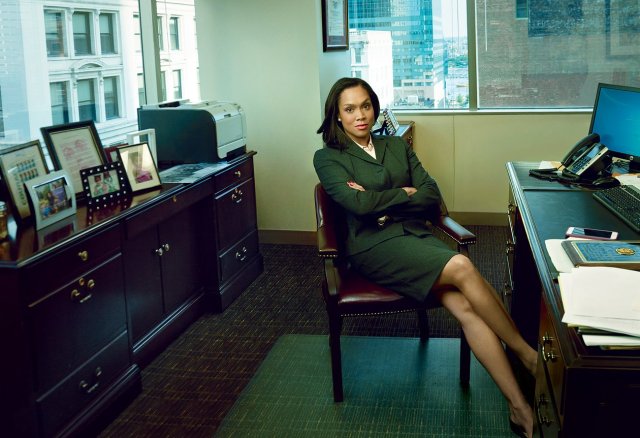 + Thanks to student activism, Columbia University has become the first US university to divest from private prisons.

Presidents Past, Future and Never

The two-and-a-half minute video, titled “Equal,” shows various same-sex couples in happy moments, including several who are in the course of exchanging vows for their wedding ceremonies. One the early clips in the video shows the same footage from Clinton’s campaign announcement video of Jared Milrad and Nathan Johnson, a Chicago same-sex couple who support Clinton and are planning to wed this summer.

+ Bobby Jindal joins the cast of GOP characters running for president. His announcement video has been described as “bizarre.”

+ Effective January 1, 2016, any insurance company that participates in the Federal Employees Health Benefits Program has to provide transition-related coverage.

“The Office of Personnel Management’s action eliminating blanket trans exclusions represents a huge step toward ending one of the last remaining ways the federal government itself discriminates against transgender people,” according to National Center for Transgender Equality Executive Director Mara Keisling. “Until now, the federal government has been providing discriminatory healthcare plans to its trans employees. Transgender workers have been required to pay out of pocket to cover care deemed necessary by their doctor – often for services that are covered for non-transgender people.”

+ Buzzfeed speaks with several asylum seekers who left their home countries to escape homophobic violence only to be detained.

“They affect you in different ways because in Jamaica as a lesbian I was a complete person and being a lesbian was a small part of who I was that was challenging, as it impacted my survival. In the UK I was non-existent – the only part of me that mattered was the fact that I was a lesbian and it was being hung up in an arena that had already assumed I was lying and locked me up… If I had known how challenging it would be psychologically to claim asylum I wouldn’t have. And all the people I am close to that are now refugees, we have all said, given what you go through, we wouldn’t have claimed asylum. You have done nothing you would consider criminal but they strip your rights, your voice, your person.”

+ You may recall that a hyperbolic and terrifying referendum called the “Sodomite Suppression Act,” which advocated killing people who engaged in same-sex acts, was being championed by a scary minority in California. Thankfully, the measure has been thrown out.

+ The Stonewall Inn, historically gigantic for being the site of the riots that originated Pride celebrations in the US and, in many ways, the modern LGBT rights movement, has been designated a landmark in NYC, which means that it’s impossible for the bar (or at least the outside of it) to be changed without the permission of the Landmark Preservation Commission. 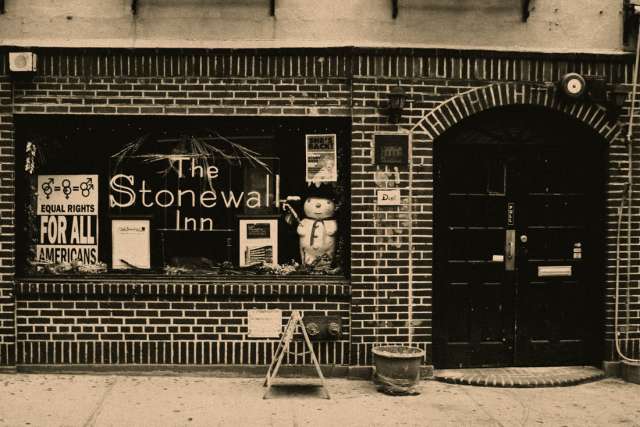 + Mo’ne Davis, the 13-year-old who is better than all of us, has been officially drafted by the Harlem Globetrotters. Although Davis is best known for pitching a shutout in the Little League World Series, basketball is her favorite sport; she’s now set to play with the Globetrotters anytime she wants after finishing college, although right now she’s donning the jersey of the Springside Chestnut Hill Academy varsity team.

+ Melissa Mayeux is a 16-year-old French shortstop who is very good at baseball, and technically there’s a chance she could be the first woman signed in major league baseball. She’s one of four people from all of France going to the MLB European Elite Camp, and is the first woman ever to be signed to MLB’s international registration list. I realize this is sort of toeing the line as far as what constitutes ‘news,’ but you’re reading the person who truly thought from the ages of 8 to maybe 12 that she was going to be the first female player for the Red Sox, so please let me have this.

+ Gender neutral names for babies are reportedly rising in popularity.

+ An alarming case in England serves as a useful primer for the legal rights of everyone involved if one neighbor decides they have been cursed by their other neighbor, a witch.

+ A new report by the ACLU reveals that after the housing market collapse, the wealth gap between black and white Americans grew significantly, and that while white communities are generally able to rebound from the financial crisis, black communities aren’t recovering as well, for reasons that likely include discriminatory lending practices. The financial disparities could have repercussions that ripple through generations.

The ACLU study predicts that by 2031, the typical white household will have 4.5 times more wealth than its black counterpart. The forecasted $98,000 decrease in wealth per black family (versus wealth levels if the Great Recession hadn’t happened) would hamper their ability to secure their children’s future with things like home down payments, college tuition and an inheritance. And research shows that even when you control for the child’s income and education, parental wealth impacts the home equity value of their adult children—particularly for black families.

+ Jennicet Gutiérrez, a representative of FAMILIA TQLM, interrupted Obama at a White House reception to call his attention to the urgent issue of LGBT detainees facing deportation. “There is no pride in how LGBTQ and transgender immigrants are treated in this country. If the president wants to celebrate with us, he should release the LGBTQ immigrants locked up in detention centers immediately… The White House gets to make the decision whether it keeps us safe,” said Gutiérrez. She was met with frustration from Obama and Biden, and removed from the reception.