I’m dating again, which means I have all kinds of crushes and every lingering glance in my direction feels like an invitation to romance. I blame Spring! But single or not, anyone who’s ever tried online or blind dating can completely relate to the lesbian dating experience encapsulated in Dates Like This. The Kickstarter-funded webseries premiered last month and centers around Meg, a twenty-something lesbian living in Queens, as she attempts to find a girlfriend in an ambitious 30 Dates in 30 Days date-a-thon (aka romcom gold, should Hollywood ever decide middle America can handle a genuine lesbian character). Meg finds her dates via videos submitted by women interested in participating in her whirlwind month long project. 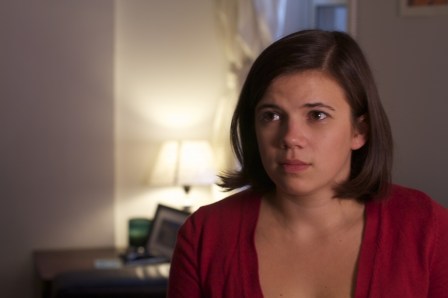 My first date philosophy is that even if there isn’t chemistry between us, I’m open to expanding my friend horizons, so how bad could it be? That said, I’ve only been back in the game for a short while and watching some of Meg’s dates is a quick study in why dating can earn you looks of pity from partnered friends. There’s also a side plot with her roommate Alicia who’s dating a guy — they have sex and discover things about one another, etc. 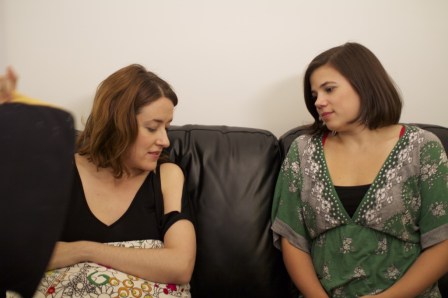 Roomies! But also, your boyfriend needs to get his own place.

So far, five episodes are available online with a new episode airing each Tuesday. WILL MEG FIND THE WOMAN OF HER DREAMS? Will she end up dating a member of The Real L Word? Will she join us all at A-Camp for speed-dating after her project fails to bear lesbian wedded bliss? Watch the trailer. Three more episodes remain to unveil the answer.