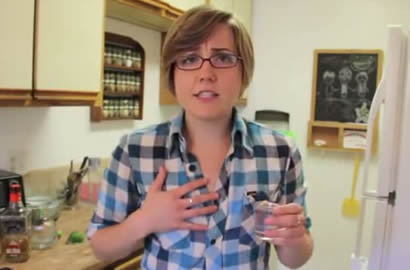 In this edition of My Drunk Kitchen, internet lesbian Hannah Hart makes quesadillas, which I’m assuming went better than my first five attempts to spell “quesadillas” because she actually ate them. I contend that quesadillas aren’t real food, but that is neither here nor there. This one is mostly about Hannah being really drunk and being weird. You’re going to love it, is what I’m saying.

Have you voted for Hannah in the Dance Showdown yet? You should do that! Right now!