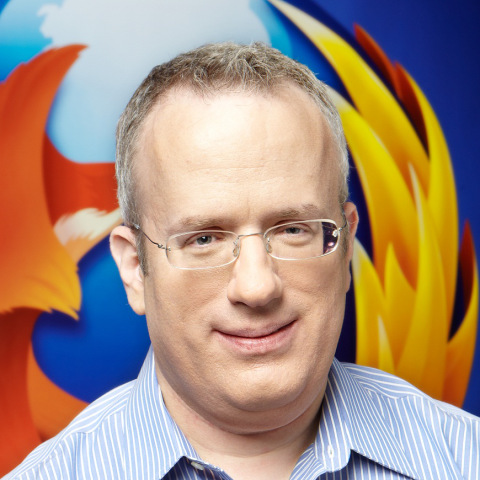 This after Eich insisted that he would not resign over his private $1,000 donation to the campaign for Proposition 8:

Eich said the reason Mozilla as a community did not take a wider stance on issues such as LGBT marriage was the same as his reason for not explaining his donation: to avoid fragmenting its community. Without a large group of people who disagreed on lots of issues, Firefox would never have happened, he said.

Eich also stressed that Firefox worked globally, including in countries like Indonesia with “different opinions”, and LGBT marriage was “not considered universal human rights yet, and maybe they will be, but that’s in the future, right now we’re in a world where we have to be global to have effect.”

Pulling these statements made to the Guardian apart, it appears as though Eich fundamentally disagrees with gay marriage. He points to this belief as something he’s held at least since Firefox One (the browser’s initial release was in 2002). He seems to make the argument that because not everyone in the world agrees that gay people are people, that he shouldn’t have to take that into consideration in his political donations either. He goes on to state that he would not speculate as to whether or not he would make a similar donation in the future. In short, the interview was a refusal to respond to public outcry and an insistence that a position of tolerance would protect those who held intolerant beliefs. That because of the corporate culture of inclusion, what is basically a bigoted stance would be included as well. Kara Swisher of re/code hit the nail squarely on the head when she wrote:

A crisis indeed, not helped much by a series of Eich interviews this week, in which he declined to apologize and used what can only be described as pretzel logic about how a clearly tolerant community like Mozilla should also support what many now consider intolerant beliefs.

Though OKCupid’s ban certainly got more press, they weren’t the first corporate entity to boycott Firefox in the wake of Eich’s appointment. The movement actually started with Rarebit, an app development company founded and run by Hampton Catlin and Michael Lintorn Catlin, who are married to each other in a post-Prop 8 world. They pulled their app from the Firefox market place and called for Eich to apologize or resign. They were hoping for apologize. In a blog post on the Rarebit website, they write:

I guess this counts as some kind of “victory,” but it doesn’t feel like it. We never expected this to get as big as it has and we never expected that Brendan wouldn’t make a simple statement. I met with Brendan and asked him to just apologize for the discrimination under the law that we faced. He can still keep his personal beliefs, but I wanted him to recognize that we faced real issues with immigration and say that he never intended to cause people problems.

It’s heartbreaking to us that he was unwilling to say even that.

We absolutely don’t believe that everyone who voted yes on Prop 8 is evil. In fact, we’re sure that most of them just didn’t understand the impact the law would have. That’s why so many people have changed their mind in 4 short years – because they saw the impact and pain that the law caused to friends and family members.

People think we were upset about his past vote. Instead we were more upset with his current and continued unwillingness to discuss the issue with empathy. Seriously, we assumed that he would reconsider his thoughts on the impact of the law (not his personal beliefs), issue an apology, and then he’d go on to be a great CEO.

The fact it ever went this far is really disturbing to us.

Those sentiments are echoed throughout the gay-nerd-world. Mozilla is a fine NPO with interests in making sure we don’t turn into Dave Eggers’s The Circle—a dystopia in which privacy is a nostalgic dream of an era gone by. Credo launched a movement Thursday after Eich’s resignation to encourage the use of Firefox once more. 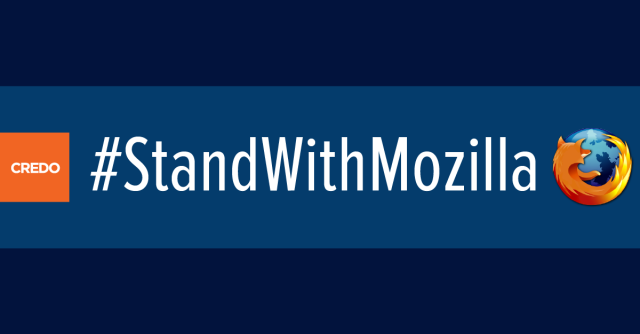 Included on their page is the statement:

It’s important to remember that Mozilla is not a company, it’s a movement supported by tens of thousands of volunteers around the world. Mozilla is a non-profit organization fighting to keep the web open and free for all of us. They put people above profit, and fight for user choice and privacy. Their mission is vitally important to every grassroots movement, including the work that we do here at CREDO.

And the thing is, it’s true. Using Firefox and supporting Mozilla means casting your vote against global mass surveillance.  And it’s also true that Eich is an amazing mind and a fixture in the tech community—the man helped invent JavaScript, for chrissakes. He would have no doubt been a great CEO. If only he would have evolved a little and acknowledged that his support of a bigoted law directly and negatively effected those he worked with and those who use Firefox.

Mitchell Baker, Mozilla’s Executive Chairwoman, said in a statement on the Mozilla blog:

Brendan Eich has chosen to step down from his role as CEO. He’s made this decision for Mozilla and our community.

Mozilla believes both in equality and freedom of speech. Equality is necessary for meaningful speech. And you need free speech to fight for equality. Figuring out how to stand for both at the same time can be hard.

Our organizational culture reflects diversity and inclusiveness. We welcome contributions from everyone regardless of age, culture, ethnicity, gender, gender-identity, language, race, sexual orientation, geographical location and religious views. Mozilla supports equality for all.

We have employees with a wide diversity of views. Our culture of openness extends to encouraging staff and community to share their beliefs and opinions in public. This is meant to distinguish Mozilla from most organizations and hold us to a higher standard. But this time we failed to listen, to engage, and to be guided by our community.

Baker’s statements to the press include that there is no frontrunner for a replacement, but as always one hopes they pick a woman because there’s a massive shortage of women in powerful leadership positions, especially in the tech industry.

If you’d like to reinstall Firefox, you can do so here.