Last week, Nature published an excellent editorial calling for more responsible discussion of scientific findings relating to pregnancy. The article, authored by Harvard associate professor Sarah S. Richardson and a panel of six academics, cites multiple examples of gross exaggeration, stunning oversimplification and flagrantly improper contextualization by the media. Over time, the cumulative effects of such reporting have resulted in scapegoating, surveillance and scientifically unjustifiable regulation of pregnant (and potentially pregnant) people.

In an unfortunately familiar historical example, mass amounts of doom-and-gloom reporting on fetal alcohol syndrome snowballed into today’s culture in which pregnant people face social condemnation (at best) and potential criminal prosecution (at worst) if they choose to partake of alcoholic beverages. Likewise, alarmist, racially-charged reporting on scientific research about “crack babies” led to a zero tolerance stance for use of cocaine and many other drugs during pregnancy, with states today literally jailing pregnant women in order to regulate their behavior. Yet numerous studies have shown that small amounts of alcohol present no serious concerns to fetal health. Likewise, while prenatal exposure to cocaine is certainly not ideal, studies have shown that its effects are no more harmful than alcohol or tobacco. 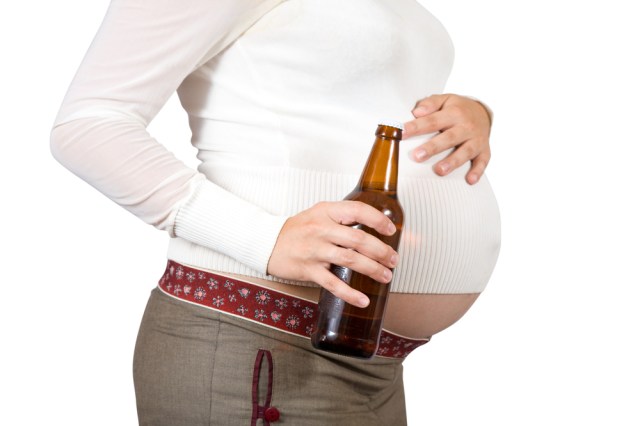 Whether this is a beer belly or a pregnancy belly, concern trolling will not be necessary. Via Shutterstock.

Common reporting errors when covering scientific research relating to pregnancy include: making unqualified extrapolations from animal studies to humans; failing to address paternal effects, which can be just as important as maternal effects; oversimplifying complex results to the point of leaving out important details; and leaving out the roles that society, class, race and gender play in determining health outcomes.

In popular discussion today, the article points out,

A mother’s individual influence over a vulnerable fetus is emphasized; the role of societal factors is not. And studies now extend beyond substance use, to include all aspects of daily life. … We urge scientists, educators and reporters to anticipate how [research in developmental origins of health and disease] is likely to be interpreted in popular discussions. Although no one denies that healthy behaviour is important during pregnancy, all those involved should be at pains to explain that findings are too preliminary to provide recommendations for daily living.

Today, pregnant people are bombarded with warnings against such varied things as eating meat, fish, and eggs; changing cat litter; driving cars; sitting in the sun or in massage chairs; standing near microwaves; bending their knees; being stressed; and more. Well-intentioned though it may be, the cumulative effect paints a pretty warped picture: that pregnant people are the number one health threat to their future children. 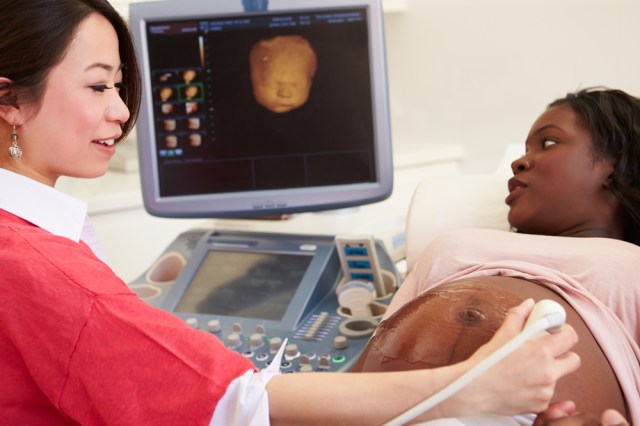 Based on this 4D ultrasound, it looks like you’re carrying a tiny raging lesbian feminist. Via Shutterstock.

What strikes me about these societal mandates around pregnancy is how little they have to do with improving women’s health. Drug addiction, for example, is a serious health problem for many people, including some who may become pregnant. Why are their bodies only worth caring for when they house the looming specters of “damaged” future-babies? Why are legislators so fixated on creating special punishments for pregnant people, rather than programs to give everyone access to health education, drug treatment and family planning tools? (And why this obsession with pregnancy anyway? Is my health unimportant because my girlfriend can’t impregnate me?)

The truth is, rather than fixing society, many people would rather focus on controlling female-assigned bodies and guilt-tripping and demonizing women — something we already see plenty of elsewhere, so I guess it’s not that surprising to see this dynamic replicated when it comes to reproduction. It’s a hell of a lot easier for those in power to blame individuals for their actions (using “science” as justification) than it would be for them to create public policy that would actually help pregnant people get the care they need. And beyond this misogynistic victim blaming, many of the admonishments lobbed at pregnant people also conveniently play into racism and classism. (You know, par for the course.)

Due to economic oppression, women of color are less likely to be able to take time off of work, avoid environmental toxins, access prenatal care or eat nutritious foods. Programs like WIC can help individual families with some issues, but these interventions are hardly enough to level the playing field. If POC babies have worse outcomes long term, it’s not because uncaring mothers have created a “biologically doomed underclass.” It’s because classism and racism are working against these kids (and their parents) every step of the way. But again, it’s much harder to tackle those issues than it is to pick on people who lack structural access to power. 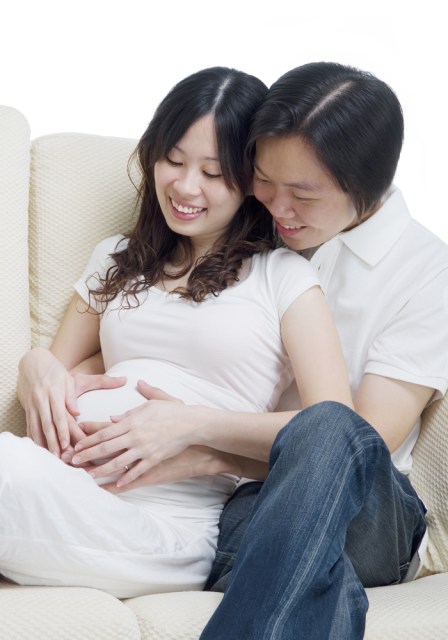 You know who else lacks structural access to power, baby? Queer people. Via Shutterstock.

That mothers are blamed for their actions during pregnancy well into their offspring’s adulthood is a sad reflection of the lengths our society will go to in order to avoid naming (let alone confronting) sexism, racism and classism. That “science” is being used to justify this brings great sadness to my geeky, feminist heart. But the editorial in Nature gives me hope.

Pregnant or not, all women — all people — suffer when scientific research about pregnancy is misrepresented and misunderstood. But if widespread misconceptions can have such a powerful effect on our society, just think how much good the spread of accurate information could do.