A Tennessee woman was arrested last week after she and her newborn daughter tested positive for amphetamines. She is the first person to be charged since the state’s controversial new law criminalizing the use of narcotics during pregnancy came into effect July 1. Under the law, any woman who uses drugs during pregnancy can be arrested and charged with assault if the drug use results in a miscarriage, stillbirth or birth defects.

That’s the fate Mallory Loyola is facing after admitting she smoked meth a few days before her daughter’s birth on July 6. She was arrested after the baby tested positive for the drug two days later, and she is currently in jail awaiting trial. Her daughter has not yet been taken into state custody but will likely be if Loyola cannot post her $2,000 bond. 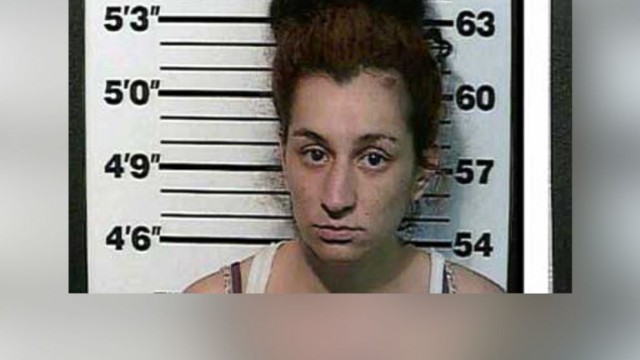 Mallory Loyola was arrested after her newborn daughter tested positive for drugs.
via ABC News

Doctors, addiction experts, reproductive health groups and national medical associations — including the White House Office of National Drug Control Policy — all cautioned Governor Bill Haslam against signing SB 1391 earlier this year, citing concerns it would scare women out of seeking prenatal care or drug treatment. While Tennessee is not the first state to legally protect children from their mother’s drug use — both South Carolina and Alabama consider late-term drug use to be child abuse — it is the first to attach a jail sentence to the crime. If a woman is able to enter and stick with a drug treatment program, she can avoid jail time; if not, she faces up to 15 years in prison.

According to Salon, the state’s lack of adequate drug treatment facilities means that the law will disproportionately affect poor women and women of color, in addition to separating mothers from their children during treatment programs:

According to research from Healthy and Free Tennessee, only two of the state’s 177 addiction treatment facilities that provide on-site prenatal care allow older children to stay with their mothers while they are undergoing treatment. And only 19 of these facilities offer any addiction care specifically oriented toward pregnant women. The problem of access is further compounded by Tennessee’s current refusal of the Medicaid expansion; according to recent data, the uninsured rate for people aged 19-39 hovers around 25 percent in the state, leaving many women without reliable access to basic medical or prenatal care, much less drug treatment.

Also at issue is the language of the law, which does not specifically allow pregnant women to seek treatment with methadone or similar drugs often prescribed for narcotic addiction. Because withdrawal presents the risk of miscarriage or other problems, doctors do not recommend pregnant women detox without the use of maintenance medications. But these prescriptions, and others legally obtained during pregnancy, can also pose risks to a fetus, meaning that in many cases it is impossible to tell what contributed to or caused a birth defect.

In a state like Tennessee, which sees huge numbers of drug-addicted child births, preventing pregnant women from using drugs is truly crucial. However, the issue here isn’t whether or not someone should do drugs while pregnant, which has clear, serious effects on a child’s health. The issue is that this law criminalizes a woman’s behavior, punishing her for drug use and addiction rather than expanding her treatment options. It’s the wrong solution for the right problem.

If a Tennessee woman is addicted to drugs and becomes pregnant, she now faces a few scenarios. She can try to quit cold turkey and get prenatal care for herself and her child, if she can afford it. She can admit her drug use and seek treatment — again, if she can afford to go — knowing that if rehabilitation fails, she will face a lengthy sentence and separation from her child. She can continue using drugs and seek prenatal care, hoping her doctor doesn’t notice or report her drug use. Or she can keep using drugs and avoid the doctor altogether, exposing herself and her fetus to health problems but greatly reducing the chances of going to prison. Medical organizations categorically agree that the last option is the most likely.

The proponents of this law return again and again to the idea that it will only be used to prosecute “the worst of the worst” — women addicted to hard drugs who refuse treatment. But what kind of judgment is that even for us to make? Addiction is a complicated medical and mental issue, and using fear as a motivator hardly gives women reason to trust those who are supposed to care for them. If this law stands as it is, it will present more women like Mallory Loyola with a choice no one should ever have to make: parenthood or addiction.