Welcome to the twenty-first installment of More Than Words, where I take queer words of all sorts and smash them apart and see what makes them tick. Every week I’ll be dissecting a different word, trying to figure out where it came from, how it has evolved, where it might be going, and what it all means. It’s like reading the dictionary through a prism. Feel free to send word suggestions to cara@autostraddle.com.

So many people don’t know what “feminist” means. Really, so many. Taylor Swift (“I don’t really think about things as guys versus girls.”). PJ Harvey (“I don’t ever think about feminism. It just seems a waste of time”). Marisa Mayer, CEO of Yahoo (“I think that I certainly believe in equal rights… but I don’t have the militant drive and the chip on the shoulder”). Bryan Goldberg, CEO of Bustle (“you’re damn right it’s a feminist publication!”). Many of my male coworkers (“but I don’t want women to have more power than men…”).

It’s enough to make a self-identified feminist doubt herself. Do I really know what the word means? I’d always thought so, but the prescriptivist and the descriptivist in me began warring, and I had on my hands a crisis of definition. So I did what I always do when I have trouble understanding a word — I tried to figure out where it comes from. This was a particularly nice journey because I got to go to France in my head. Come along with me and maybe we can work it out together. 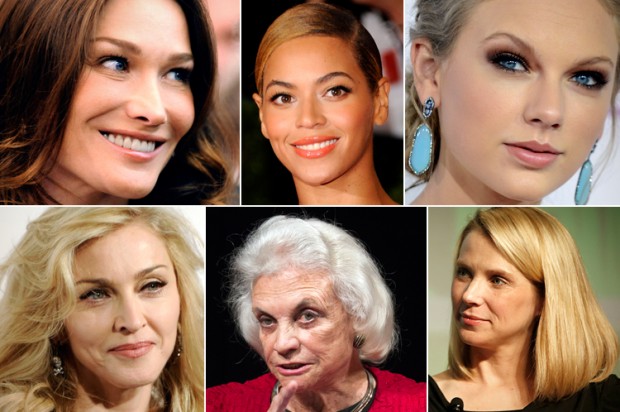 The English word “feminism” grew directly out of the French féminisme, via an ocean-jumping process we will get to in a few minutes (patience, grasshopper). Feminisme has its own history, one that also sheds light on related standbys such as “feminine” and “female” as well as more recent coinages like “femme.” If you trace back the Latin root these words all have in common — “*fe” — as far as possible, you get the Proto-Indo-European root “*dhe,” which means “to suckle [something]” (e.g. a baby) or “to produce,” proving that the people in charge have been primarily equating ladies with boobs since literally the beginning of language. 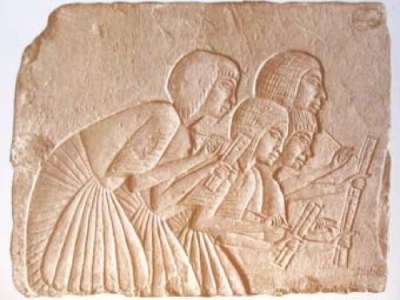 This same “fe” construction developed into a strange and varied menagerie of words, including “fetus,” “felicitations,” “fecund,” and, yes, “fellatio” (woooo). The route it took to get to feminisme was a fairly straightforward one, from the Latin femina (“woman”) through femininus (“feminine;” originally a strictly grammatical term but later expanded to refer to other things), and finally Old French femenin (“having female qualities”). Meanwhile, the suffixes “ist” (English) and “iste” (French) both come from the Latin “ista,” meaning “adhering to a certain set of principles.” By the time French féministes needed a word for what they were doing, both puzzle pieces were established and close at hand.

Who exactly stuck them together, though, and when exactly they did it, are matters of debate. Everyone agrees that it was some time in the mid to late 19th century, when France was going through a time of political upheaval that also gave rise to fellow principle-sets socialisme and individualisme.  Many give the credit for féminisme to philosopher Charles Fourier, probably because he really liked making up words and was certainly some kind of a feminist, especially for his time. Fourier is most famous for his ideas about “attractive work” — he wrote extensively about his vision for an ideal, future society in which everyone is assigned jobs based on their interests and desires and lives in giant hotels arranged by wealth level (richest on top). He believed that such a society could only function if women were allowed to participate equally, saying that “the best nations have always been those which concede the greatest amount of liberty to women.” His related conviction that the ocean will soon be made of lemonade — based on the fact that God wouldn’t have given children sweet tooths if he wasn’t going to pony up eventually — is less famous, but nearly as awesome. 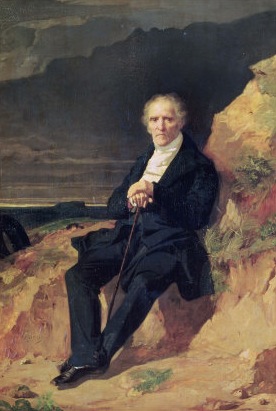 However, it seems Fourier didn’t coin the term — extensive research by Stanford historian Karen Offen shows no evidence of the word in his writings, and chasing the rumor proved “a frustrating exercise in circular citation.” Other theories give the credit to Hubertine Auclert, who lived and worked in the mid 19th-century and was born shortly after Fourier died. Auclert was a suffragist, an editor (of founding feminist journal La Citoyenne, or “The Female Citizen”), an organizer, and a total badass. She staged a tax revolt to protest women’s lack of representation in government (so much cooler than license plates), invented prenups, and illegally ran for office on many occasions. As if that weren’t enough, some people think she invented the word feminism, in 1882, to describe the goals of La Citoyenne, herself, and her compatriots. 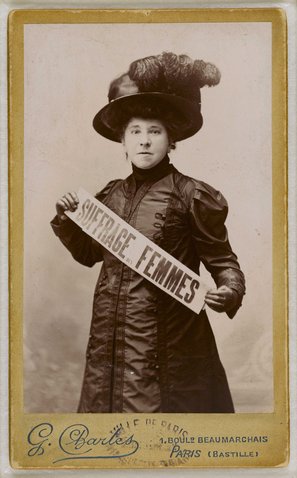 I couldn’t find a primary source for this claim, or any kind of general agreement about it. What people do seem to agree on is who brought the word across the ocean to America and translated it into English. The culprit? Dr. Madeleine Pelletier. Pelletier’s work as the first female French psychiatrist and physician influenced her development and practice of a “radically individualistic feminism,” focused not on advancing the causes of women as a distinct and cohesive group, but rather on obtaining equal rights and opportunities for individuals, regardless of gender. As Claudine Mitchell explains, Pelletier:

“broke with nineteenth-century feminism to develop a cultural theory of sexual difference. To articulate the case for sexual equality, nineteenth-century feminists had extolled the social value of women’s traditional roles and celebrated feminine virtues over masculine vices. This was the wrong track, Pelletier thought, since it confined women to their traditional roles by rooting femininity in biology. If, on the contrary, it could be proved that femininity and masculinity were the products of culture, than feminism could make advances by attacking cultural phenomena.” 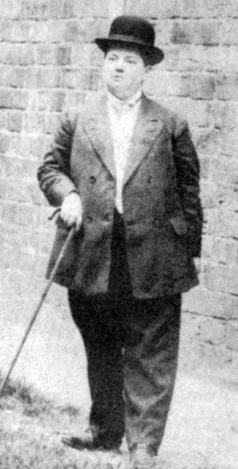 Basically, Pelletier was throwing around ideas about “psychological gender” as a construct of society and upbringing a good 80 years before Butler. She studied sexuality scientifically despite an immense taboo, dressed in men’s clothes, had an alternative lifestyle haircut, and pretty much invented the phrase “I’ll show you mine…” and immediately used it to fuck with the social order (“I will show off mine [breasts] when men adopt a special sort of trouser to show off their…”).  She also dealt with the kind of gendered linguistic double-standards we talked about last week (an honest man tells the truth; an honest woman is a virgin), performed illegal abortions, and snuck into Communist Russia and lived to write a book about it. On top of all that, she managed to publish a paper, “Le féminisme et la famille,” that made its way to America, translated as “Feminism and the Family,” in the early 1900s. And the rest is history (well, this was all history. But the rest is future history, because we’ll cover it next time).

Since the beginning, “feminism” has meant different things to different people, from Fourier’s utopia-based inclusiveness, to Auclert’s desire for a matriarchy, to Pelletier’s individualistic view. Auclert and Pelleteir broke stuff side by side in the name of suffrage (Pelletier threw a rock through a window; Auclert smashed a ballot box), but argued academically about whether the nuclear family should be exalted, as the best setting in which to practice equality (Auclert) or destroyed, as the number one institution preventing it (Pelletier). The definition is, and has always been, simple — feminism strives for equality for women. It’s the words within the definition (what kind of equality? who counts as a woman? and how best to strive?) that are, and have always been, hard to pin down.