Welcome to the tenth installment of More Than Words, where I take queer words of all sorts and smash them apart and see what makes them tick. Every week I’ll be dissecting a different word, trying to figure out where it came from, how it has evolved, where it might be going, and what it all means. It’s like reading the dictionary through a prism. Feel free to send word suggestions to cara@autostraddle.com.

You know this word. It shows up before everything from Gaga to Godiva to Marmalade to Foot Locker. Luck be one, tonight. There is also one “of the lake,” somewhere, and there are a bunch in red, black, white, and waiting. My favorite might be the First one, or the one With the Little Dog. And when someone calls me it I never really know how to feel, which means we should probably all talk about it. Right, ladies?

“Lady,” like its companion “lord,” arose from a surprisingly humble starter. “Lord” is a shortened form of “hlafweard,” which means, literally, “keeper of the bread.” Lady is from “hlafdige,” or “kneader of the bread.” (Petition for Ali to start a new column entitled “Kneader In The Bread.”) It got shortened to “lafdi” around the 12th century, and slowly syncopated out that middle ‘f’ over the next two hundred years, right around when it stopped meaning someone who simply has a lot of actual dough and started meaning someone who has a lot of figurative dough, along with class clout, the kind of genes that get you a title, and the corresponding knowledge of what to do at teatime. Over the years, nobility, though still appreciated, was dropped as a strict requirement — by the time Daisy Eyebright wrote her Manual of Etiquette in 1887, a lady exhibits “the touchstones of politeness and good breeding . . . [and is] the same in the kitchen as she is in the parlor.” Full of bread, presumably. 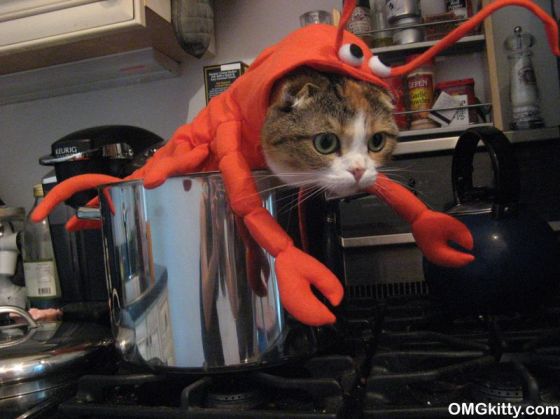 DID YOU KNOW THAT IN LOBSTERS, THE CALCAREOUS APPARATUS, WHICH TRITURATES FOOD, IS ALSO CALLED THE “LADY”? WELL MEOW YOU DO.

1940s disputes about the word mostly centered on the question “which is better: a lady or a woman?” Writer Sinclair Lewis made his position clear with his famous quotation about how “a lady is a woman so incompetent as to have to take refuge in a secluded class, like kings and idiots, who have to be treated with special kindness because they can’t take it.” Meanwhile, I couldn’t crawl through an old newspaper without hitting my head on the story of William Allen White, a journalist who, in his 1946 autobiography, recalled a time when he wrote a story that referred to “a woman” who had been convicted of prostitution. Said woman later stopped by his office, infuriated — not that he’d told the world about her crime, but that he’d called her a woman rather than a lady. White then set editorial guidelines asking that all average Jos be referred to as women and all “court characters” as ladies. I think the takeaway from all this is that, ladies or women, 1940s journalists sure did think we were ridiculous.

Nothing was solved over the following twenty years. In the April 10th, 1963 edition of the Sarasota Herald-Tribune, sandwiched in between a political cartoon about the IRS and an advertisement for teak wastebaskets (“non-rusting!”), Sarasota Scenester Stan Windhorn trumpets at length about the confusion surrounding the word ‘lady.’ After quoting “the renowned Mr. Webster” verbatim, he goes on to reveal that he has made his own study of its actual usage by, of course, “polling many men.” The results: “ladyhood is acquired with age,” though how much age is needed is up for debate: kids who are called ladies will “wreath into a blossomy smile,” teens who are described with the phrase are probably being made fun of, women between 30 and 60 think the term implies “general uselessness,” and older women like it because it makes them feel like they have properly learned all the “musts” and “must nots” of their childhoods. Regardless, real ladies have the ability “to survive with good humor through such trials as supermarket visits and leadership of the Cub Scout den.” And condescending newspaper columns. 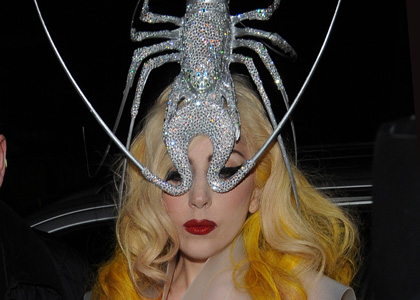 AFOREMENTIONED LOBSTER FACT MEANS THIS IS A LADY-FACED LADY

The 60s were apparently full of such ladies — and of people who had trouble spotting them, and liked to squeeze entire columns out of that trouble — as the 1968 Georgia Bulletin also outsourced definitions. They ended up with a woman who, besides the aforementioned characteristics, could clean up everything but her beau’s diction (“if she is an indifferent housekeeper, it is fatal to her influence and a blemish to her garments”) and had been trained since birth (“there is no earthly reason why girls, from 8 to 18, should not learn and practice the whole round of housekeeping — from the first beating of eggs, to laying carpets and presiding at dinner parties”).

It’s not hard to understand why, in the 1970s, feminists turned on the word. In her 1973 work Language and Society, linguist Robin Lakoff describes lexical differences between how men and women are expected to speak, and concludes that women are associated with, and rewarded for, linguistic constructs that privilege politeness over strength, including “trivializing” (saying “dear me!” instead of “oh shit!”), “frivolity” (bothering to discuss what color one should dye one’s French poodle), and “tag-questioning” (declaring the answer to a question and then asking anyway — “John’s here, isn’t he?” — in a way that allows the other member of the conversation to assert authority no matter what). Lakoff calls speaking like this “talking like a little lady.” Later in the same book, Lakoff argues that calling someone a lady saddles the person herself with frivolity: “the more demeaning the job, the more the person holding it is likely to be described as “lady”… one says, normally, “woman doctor.” To say “lady doctor” is to be very condescending: it constitutes an insult… if in a particular sentence, both woman and lady might be used, the use of the latter tends to trivialize the subject matter under discussion, often subtly ridiculing the woman involved.” (The jury is out on the construction “lady cab driver,” and they won’t be back for a while, because they’re dancing.)

These days, as reclamation movements gain steam across the board, things have become more complicated. There are now as many ways to call someone “lady” as there are actual ladies. As Ann Friedman explains in a piece for the New Republic, “the word “lady” has become core vocabulary of feminism in the age of irony… it encapsulates the fundamental mutability of modern feminism.” More casual than “woman,” but more sophisticated than “girl,” and flippantly aware and dismissive of the patriarchal expectations (of grace, poise, charm) the term has carried through history, while still asserting the presence of grace, poise, and charm — ladies because we can and want to be, not because we have to be.  Friedman collects the work of female journalists at a blog she calls Ladyjournos “as a deliberate nod to the fact that it should be ridiculous… to have to point out that women are doing good work.” Simone of Lady Economist also chose her blog’s title, despite criticism, “because it sounds outdated and old fashioned, [as is] the fact that women represent a minority in the field.” The Hairpin has an ‘Ask a Lady’ column (balanced out by ‘Ask a Dude,’ because dudes are the new lords). Thus also the much-discussed ‘ladyblog.’

And then there is the backlash-backlash (is that a forwardlash?), in which Sarah Nicole Prickett writes for Vice about how she “wants to be a woman, always a woman, not ever the liberal, pale kind of lady that is feminism’s new white-gloved wave… I haven’t spent my entire feminism waiting to “stylishly signal” that femininity is a construct but also totally cute and young. I want to signal that if I am fucked with, I will shoot a man down in Grand Central Station.” Jessa from Girls is, emphatically, “not the ladies” (Shoshanna is, though). Some hate it because it makes them feel too old; others, too young. Jezebel thinks we just need more words to cover all our bases. 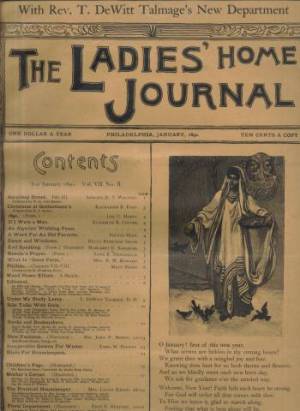 As a queer lady, it makes me feel a little strange to even write “as a queer lady.” Despite the word’s extensive history and various associations, it still seems to me light and airy in a way that, even ballasted by an ironic side-wink, doesn’t really remind me of myself or anyone I know. And although the word has technically become more inclusive through the ages, the newest reclamation attempt doesn’t seem interested in furthering that as much as it seems interested in creating a small in-club of people who understand the reclamation. That being said, I fully believe that if you want to be called a lady, you should be called a lady. And so if you would like me to call you a lady, I will. As long as you make me some bread.