Welcome to the fourteenth installment of More Than Words, where I take queer words of all sorts and smash them apart and see what makes them tick. Every week I’ll be dissecting a different word, trying to figure out where it came from, how it has evolved, where it might be going, and what it all means. It’s like reading the dictionary through a prism. Feel free to send word suggestions to cara@autostraddle.com.

I’ve spent the past few weeks in a queerer bubble than usual. There was A-Camp, and then I took the rainbow jetstream back to a Boston that was already festooned for Pride. In between, I had jury duty. Half-asleep in the courtroom, I wondered why I felt so at-ease in such a stressful space. Then I realized — the place was full of tuxes and button-ups, and since I was used to reading everyone as queer, my instincts were telling me I was back at Klub Deer. Then I stopped squinting, which was a major letdown.

Anywhere but in court, a critical mass of a certain kind of sharp-dressed human is a communal flag — the same way asymmetrical hair PLUS a rainbow bandana PLUS a Sleater-Kinney knapsack patch might, combined, allow you to make an assumption about a person. You know there are some cool queers around and feeling good in their own skin when your eye can’t skim a crowd without hitting a few pocket squares. We’ve had some great discussions on the site lately about what dapper means to us — how it feels good to some of us and not others. But what does it mean in a more general sense? Where did it come from? What was its childhood like? Its hopes, its dreams? Loosen your bow tie and let’s go find out. 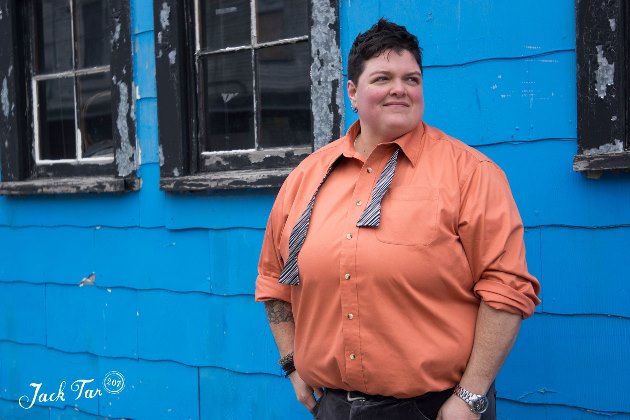 Way back before there were pins to stripe or herrings to bone, ‘dapper’ grew out of *dheb, a Proto-Indo-European root word meaning “dense” or “firm.” Although this make sense when you visualize an impressive person in a pressed suit, the word actually took a few detours before it smartened up. First it evolved into the Proto-Germanic *dapraz, which means “heavy” or “bold.” This root branched off in a few different directions — its descendants include the High German word tapfar (“heavy”), the Old Prussian word deb kan (“large”), and the Old Slavic word debelu (“thick”). All these varients of “weightiness” were interpreted in different metaphorical ways, and settled into modern German’s tapfer (“brave, valiant”), and the Norweigian dapr (“sad, dreary”). So next time you see someone crying into their bowler hat you can call them a dapr dapper and see if it cheers them up.

In Middle Dutch and Middle Low German, *dapraz became the dapper we know and love, at least in appearance. But it still held that weighty connotation, and began to describe a particular type of person — someone “strong, agile and sturdy,” and dependable in battle. But by the time it had crossed over to English, around 1440, it meant something more similar to what it means now — neat, elegant, and sharply presented. 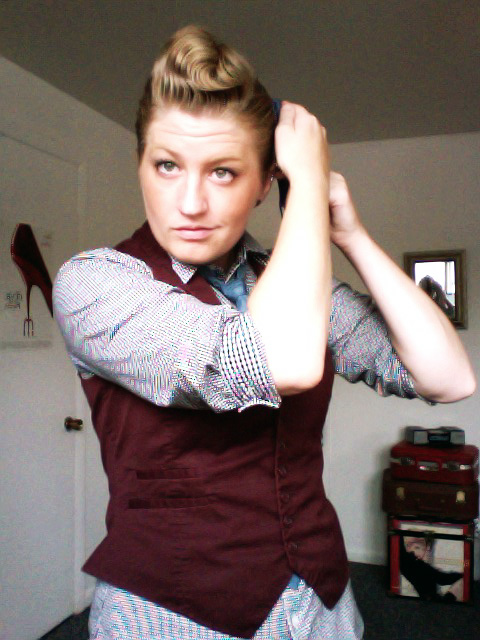 REALLY, THOUGH, YOU CAN BE BOTH {VIA FUCKYEAHQUEERPOMPS & I DREAM OF DAPPER}

How did that jump happen? After all, when words hop languages, they usually don’t start meaning the opposite of what they used to. The Oxford English Dictionary, as usual, has a theory — sarcasm! According to the Word Detective, “The use of “dapper” to describe a neatly, perhaps fussily, dressed man was originally, says the OED, “perhaps ironical or humorous.”  Such sarcasm would also fit well with the secondary meaning of “dapper,” which is “small, lithe and lively.”” Ah, yes, sarcasm. That age-old form of gender-based bullying. Don’t worry, 15th century dapper people! It gets way, way better. 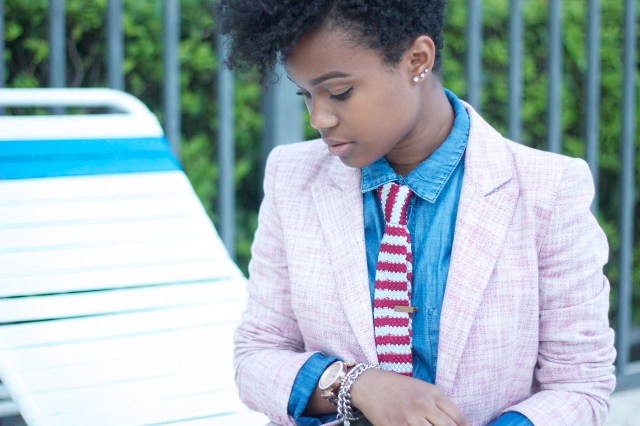 SO MUCH BETTER {VIA ELIXHER}

Over time, these word-inventing bullies realized that they had just been jealous, repented, learned how to tie half-Windsors, and started using “dapper” approvingly, probably while looking at themselves in the mirror and making little guns with their fingers. By 1529, “Rennaisance English poet and wag” John Skelton was using the word approvingly, in a poem about impressively sneaky rooming-house guests:

“…And so forthe one a rowe,
As dapper as a crowe.
And perte as any pye.
And lighte as any ffly.
At borde and at table
They be full senrysable…”

(Note: Later he also describes these mysterious people as “As hott as any toste,” in case you’re looking for more things to catcall at the next Dapper Hour). 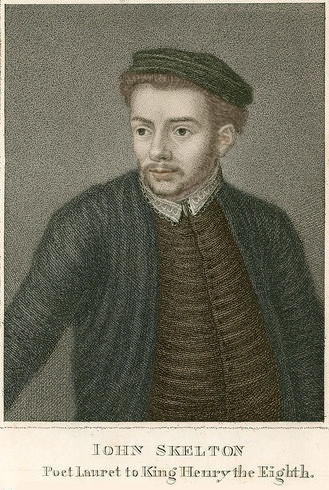 Throughout the next few centuries, the word kept its meaning, though its connotations continued to change.  Sometimes it held pure playfulness, as in Thomas Nashe’s The Unfortunate Traveller, from 1594, where the narrator addresses “The dapper Monseiur Pages of the Court.” This, along with later entreaties (“gallant squires;” “your honors”) was meant to butter up his audience while establishing himself as witty, self-aware, and deserving of their attention. In Tom Jones: The History of A Foundling, from 1749, Henry Fielding dismisses dapper’s surface-level appeal while admitting to its attractiveness: “the idle and childish liking of a girl to a boy… is often fixed on the outside only, and on things of little value and no duration; as on cherry cheeks, small, lily-white hands, doe-black eyes, flowing locks, downy chins, dapper shapes…” (I think he might have meant “boi.” And as for “little value and no duration,” Fielding has clearly never tried to buy a silk tie, or bury one.) 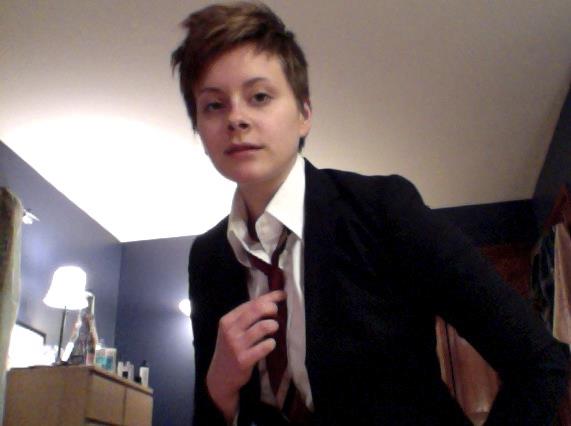 By the late 19th century, usage guides described ‘dapper’ as “formerly appreciative, now more or less depreciative, with associations of littleness or pettiness.” But in modern times (and certainly from the 1920s onward), “that sense seems to have receded, and ‘dapper’ once again means well-dressed.” The word still has that cheeky flair, though. A “Flapper’s Dictionary” from 1922 defines dapper as “a flapper’s father.” Early 20th century mob boss “Dapper” Danny Hogan used his impeccable style and charm to keep the St. Louis Police Department in his pocket. By the 1980s, a man calling himself Dapper Dan was reinventing Harlem style by co-opting luxury brands and turning them up to eleven. And now there’s our friends over at dapperQ, who use clothes to look good, but also “as a vehicle to explore fashion as a social construct,” and at Qwear, who aim to take this “classic and traditional style… and by using it as queers or gender non conforming individuals, [change] the meaning of the word and [make] it our own.” From (literally!) brave beginnings, through a rough twist, and now super fly with a sense of humor AND a keen awareness of the politics of presentation? Seems to me like dapper has always been pretty queer. 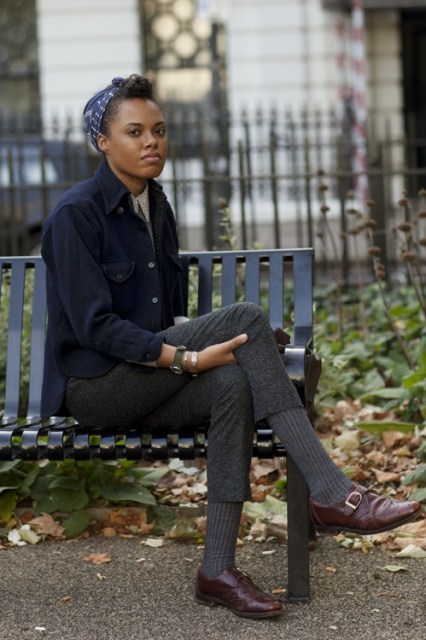 AND QUEER IT WILL STAY. {VIA JULE OF THE NILE}