+ Misty Snow and Misty Plowright are the first trans people to be nominated by their political parties for a Congressional seat, although it is unlikely that they’ll see victory in November. Misty Snow’s platform included “increasing the minimum wage and [criticizing] her opponent for supporting restrictions on abortion,” whereas Misty Plowright focused on “an anti-establishment platform, pledging to get money out of politics.” 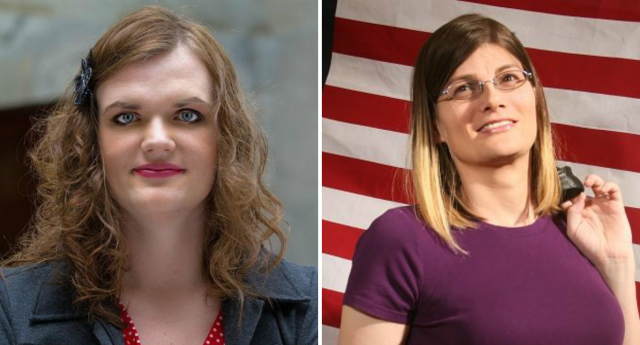 The races the two women are in — Misty Snow is running for a Utah senate seat and Misty Plowright for Colorado’s conservative 5th Congressional District — are unlikely to be won by Democrats, but some say that nominating historic openly trans candidates is a way to make the races meaningful. “We’re going to lose anyway; we might as well make a statement about inclusion,” Utah state Sen. Jim Dabakis, who is gay, told The Associated Press.”

+ India’s supreme court has refused to hear an appeal of the law that criminalizes gay sex, a major setback to having the law struck down.

+ Rep. Alan Grayson and Rep. Jared Polis want the FDA to stop restricting blood donation from gay and bisexual men and trans women who have sex with men or other trans women.

+ A federal judge has struck down parts of a Mississippi law that would have empowered many groups of people to discriminate against LGBT people if they believed their religion called for it, as well as specific anti-trans language. Although the parts of the law that allow private individuals to do this are still intact, the judge struck down the aspects of the law that dealt with government officials, and would have allowed county clerks to refuse to marry people.

+ Texas Attorney General Ken Paxton thinks schools should be able to out trans kids as trans to their parents, and is opposing current federal guidelines that say trans students (and all students) have a right to privacy.

+ The SCOTUS ruling on abortion restrictions in Texas will likely begin affecting other states quickly, beginning with Wisconsin, Mississippi, and Alabama.

+ ThinkProgress takes a look at states where gun legislation has changed over the past few years, and finds that, among other things, “in states with Republican-controlled legislatures, the number of laws enacted to loosen gun restrictions increased by 75 percent after those states endured a mass shooting. And even in states where Democrats controlled the legislature, mass shootings had no significant effect on laws enacted afterwards.”

+ A NY state senator is advancing bills that would give police more power and individual citizens fewer rights when it comes to “terrorism” — but it’s not even very clear how that’s being defined.

Who exactly would be publicly “outed” in this registry? Croci’s office was unable to provide a clear answer. AlterNet had numerous back-and-forth conversations with Croci’s spokesperson, Christine A. Geed, who first said that only “convicted terrorists” would be included on the list but later proclaimed the following over the phone: “This is giving law enforcement the opportunity to say that a person might not have been convicted of a crime but all the earmarks of this person having allegiance to ISIS are there so you probably want to watch. This is not necessarily for people being convicted, if there is information and documentation that associates them with a terrorist act. I am just assuming those are the type of people they would be looking for.”

+ The Iowa Supreme Court has refused to restore voting rights to more than 20,000 of the state’s ex-felons, saying that “we conclude our constitution permits persons convicted of a felony to be disqualified from voting in Iowa until pardoned or otherwise restored to the rights of citizenship.”

+ Meagan Taylor, the black trans woman who was traveling to Kansas City with a friend to attend a funeral and was instead arrested when hotel staff suspected her of performing sex work and police found Taylor’s own hormones without a prescription, has now settled her lawsuit with the hotel that she was staying in.

+ Washington DC has passed a minimum wage law that will “increase the minimum wage to $15 by 2020 and index it for inflation.”

+ Police officers in Tupelo, Mississippi have allegedly “shot and killed an unarmed man and allowed a police dog to mutilate him” after a routine traffic stop. The victim was Antwun “Ronnie” Shumpert, a 37-year-old father of five.

+ Campaign Zero, the anti-police brutality campaign run by Samuel Sinyangwe, Brittany Packnett, Johnetta Elzie and DeRay Mckesson, has released a data visualization project that shows where police contracts and bill of rights can empower police violence and make it difficult or impossible to find justice when police violence occurs.

*In Nevada, an officer cannot be suspended without pay during the course of an investigation.
*Cleveland’s police union contract erases records of discipline after two years, and only six months for written discipline.
*Louisiana statewide police bill of rights imposing a 30-day delay on interrogating officers.
*Florida police bill of rights giving officers access to all available existing evidence in a case against them before being interrogated.
*And in Wichita, Kan., the police contract gives officers access to the names and addresses of all witnesses before an interrogation, which critics say fosters intimidation and in many cases discourages witnesses from coming forward with police complaints.

+ A piece on the LGBT youth in the adult criminal justice system, many of whom are housed with adults and some of whom haven’t even been tried for a crime yet.

J.W. tells me that he used to identify as bisexual. He says that after he disclosed his sexual orientation, a corrections officer assumed he was promiscuous and called him a “ho.” The message was loud and clear: Bisexual individuals would be singled out. J.W. says he now identifies as straight. As someone who works to educate LGBT youths about their legal rights, I can’t help but wonder if he is avoiding identifying as bisexual to protect himself from more mistreatment. What is certain, and worth remembering during Pride month, is that there are many LGBT youths in adult jails across this country. High rates of family rejection, hostile teachers and classmates at school as well as inappropriate foster care placements take their toll on LGBT youths. They may run away from home, skip school or abuse substances to cope – all activities that increase their chances of a brush with the law. LGBT youths are also more likely to be prosecuted for age-appropriate consensual sexual activity than their peers.

+ A look at the pastors who celebrated the Orlando shooting.

+ Donald Trump brags about his philanthropy, but a financial investigation by the Post finds that he’s actually given very little — less than $10,000 over the past seven years, despite grand promises about supporting charitable casues.

+ A piece at Feministing on the increasing rates of anti-LGBT violence and what it means for our community.

+ Black Girls Code is opening a new office in Google’s New York building, which they will use as a classroom and a base for coordination.

+ A piece on how crucial phones are for LGBT homeless youth, and the LGBT Technology Partnership and Institute’s Connect 4 Life pilot program, which works to provide them.

+ Yet another finding that bisexuals are more likely to experience “psychological distress,” “heavy drinking,” and “heavy smoking.”.

Bisexuals reported the highest levels of psychological distress, which researchers believe could be a result of the marginalization they suffer in both mainstream society and the LGBTQ community.
“Combined with the relative scarcity of bisexual communities and organizations, this ostracizing may lead to social isolation, a risk factor for psychological distress,” researchers add.

+ There’s been a significant rise in hate crimes in the UK since the Brexit vote, with “over 100 incidents of racial abuse and hate crimes since the U.K. voted to leave the union last Thursday.”

+ The experiences of a lesbian bookstore owner in North Carolina after HB2, who’s seen business decrease significantly as tourists, authors and others avoid the state.

+ In the United Methodist Church, three openly gay candidates have been nominated to become bishops.

+ 31 scientific groups have written a letter to Congress asking them to take climate change more seriously.