Uzoamaka Aduba shed tears of joy on Saturday night as she accepted her first-ever Emmy for her portrayal of Suzanne “Crazy Eyes” Warren on Orange is the New Black at the Primetime Creative Arts Emmys. This was the first Emmy win for OITNB, too, followed up later in the evening by an award for casting director, Jennifer Euston and an editing award for William Turro. Aduba was in friendly competition with castmates Laverne Cox — the first openly transgender actor to be nominated for an Emmy — and Natasha Lyonne for the Outstanding Guest Actress in a Comedy Series category. OITNB has a total of 12 Emmy nominations, with more awards being decided at the main event on August 25th. 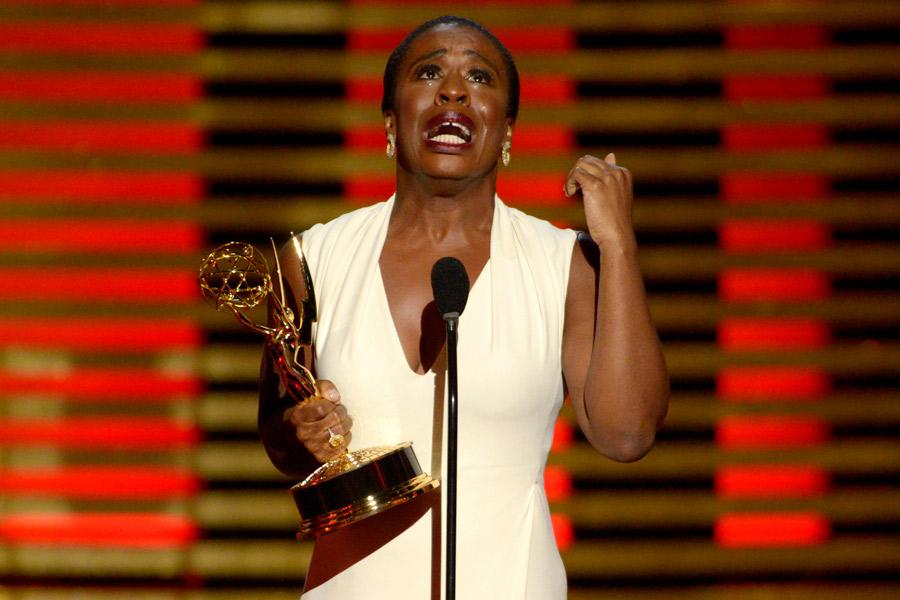 “I feel so full, that’s why the tears come out,” Aduba told reporters in the press room after the award show. “I’m stuffed really. I’m beyond full. My cup runneth over right now. I feel absolutely all of those things. I feel full of joy, like a fountain. Mission accomplished.”

OITNB is Aduba’s first television acting role. In her own account of her road to OITNB — her first name means “The road is good” in Igbo — Aduba wrote that she was at her breaking point as a struggling actor when OITNB called her to offer a two-episode arc on the show. She was added as a cast regular in Season Two. 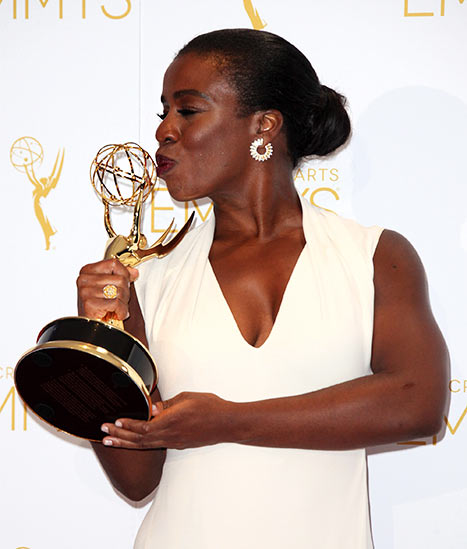