There are currently twenty-one lesbian-owned bars in the United States in 2021, down from nearly 200 that existed in the late 80s. A decline of this stature was unsettling and dumbfounding. Had we digressed in some capacity? Was this some conservative-won plight to eliminate our spaces?

When I first learned this fact from my friend Byrdie O’Connor, the producer of the Lesbian Bar Project, there was an unspoken, I know. Can you believe it? between us. I immediately assumed that the majority of the remaining lesbian-owned bars were in New York, San Francisco, and Los Angeles, minus A League of Her Own in Washington D.C.. But Brydie shook her head. Only three in New York (Henrietta Hudson, Cubbyhole and Ginger’s), one in San Francisco (Wildside West), none in Los Angeles.

Where are the rest? They’re splattered all over the country, from the Midwest to the South, including a bar called Herz in Mobile, Alabama.

Hearing about Herz sparked a specific curiosity in me. I wanted to know what was keeping it alive, so I got in touch with the women behind the Lesbian Bar Project, and with the owners of Herz. 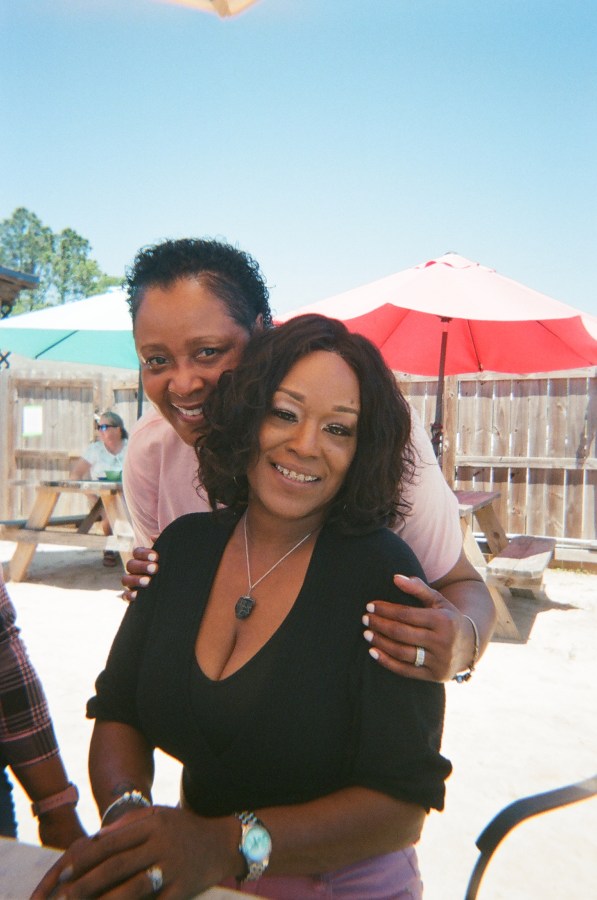 “It’s a multi-faceted issue, of course. But one of the main reasons has to be gentrification. I think it’s less of an issue in the Midwest and parts of the South,” said Erica Rose, one of the Lesbian Bar Project’s directors. “Gentrification wipes out marginalized communities. There’s a major wealth gap, and a lot [of LBTQ business owners] just can’t keep up with the rising rent in gentrified cities.” A pay gap still exists between women and men, a fact that increases for LGBTQ+ individuals. Thus, our opportunities to open and maintain businesses are not always plentiful, gentrification aside. LGBTQ+ clientele bases are also smaller than their cis-heterosexual counterparts, making it that much more difficult to make ends meet depending on the queer population size. Rising rents, both residential and retail, often end with the ostracization and removal of marginalized housing opportunities and businesses. While New York City houses one of the largest populations of LGBTQ+ people in the United States, it’s also one of the most gentrified cities in the country. It makes sense that only three of the estimated 25,000 bar and nightlife establishments in New York City are lesbian-owned and centered. New York City follows San Francisco and precedes Los Angeles on the list of most gentrified cities, two of the other most LGBTQ+ inhabited cities in the U.S.; the former houses one lesbian-owned bar, and the latter has none. When marginalized communities are pushed out of cities, or forced into financial struggle to remain there, their businesses suffer or cease to exist. The communities they serve also suffer.

The owners of Herz, Rachel and Sheila Smallman, are originally from Mississippi but traveled around different cities in the South to find the perfect location to open a lesbian bar. “We were thrown out of a gay bar in New Orleans,” Rachel Smallman said. “For being women. We were shocked and hurt, but it also helped solidify what we already knew, that we had to open a bar ourselves.” 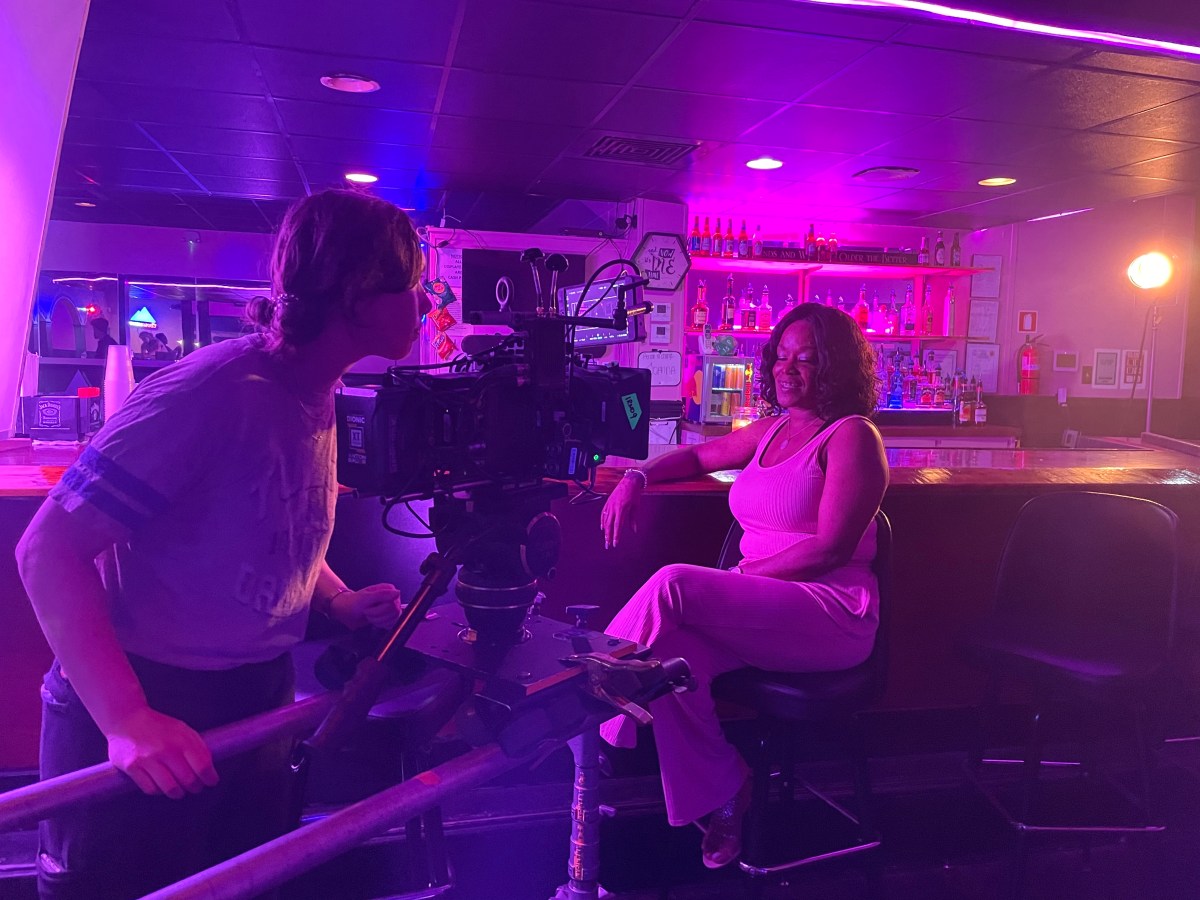 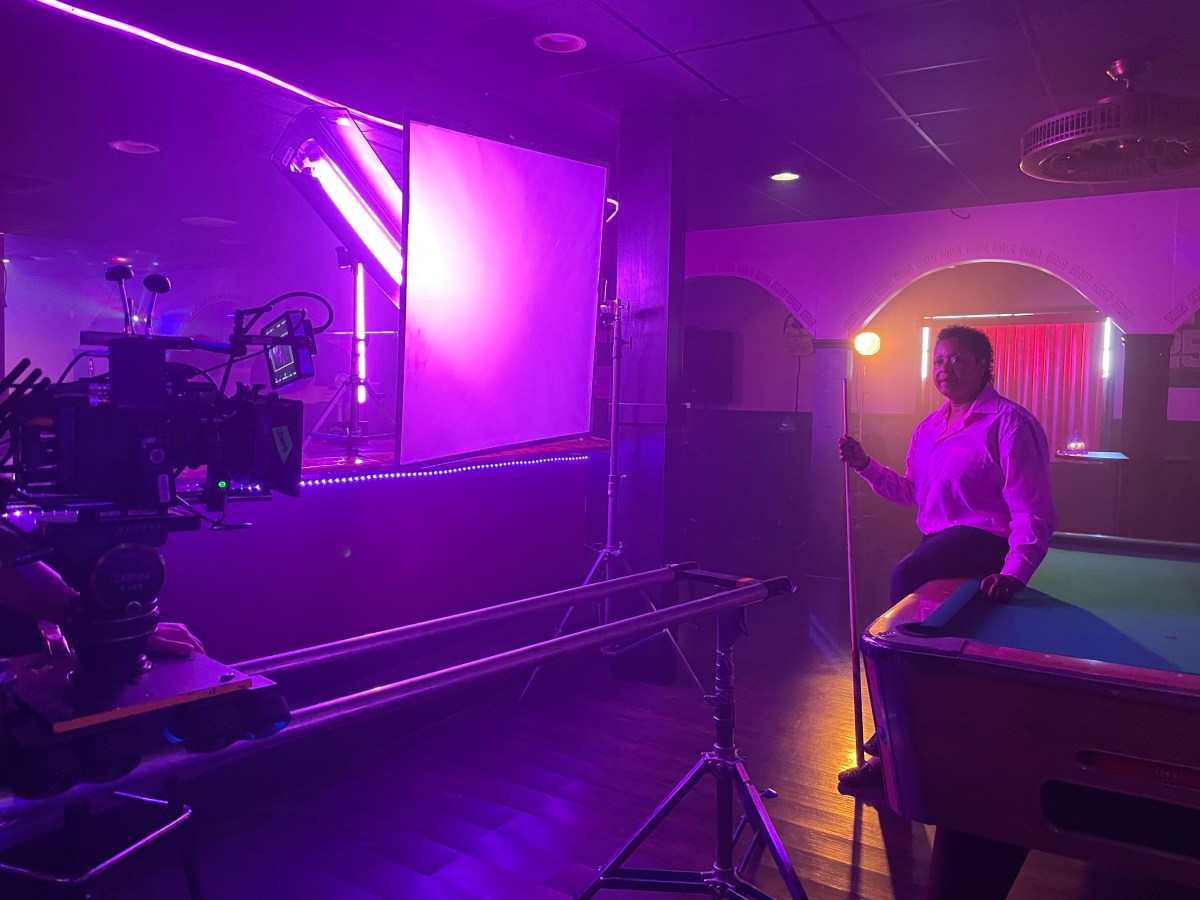 Established in 2019, Herz’s building once held a straight dive bar. Between a perfectly vacant building, a dream and a loan, the Smallmans opened Herz, the only inclusive, lesbian-centered and owned bar in the state. Because it’s still in its infancy, it’s hard to determine how the bar will fare against gentrification, especially as it’s located in the 80%-white neighborhood of Skyland Park. However, gentrification remains an issue in cities most prone to significant population, job, and economic growth. Mobile’s population has been on a steady decline the last few decades, and its median income is around $25,000.

But a lack of full-gentrification aside, Mobile still struck me as a particularly unusual city to house one of the last lesbian-owned bars. Alabama has been coined one of the worst states for LGBTQ+ people due to its discriminatory laws and practices. Its recent anti-trans bills are nothing short of targeted and violent, and the state has been cited for numerous LGBTQ+ marriage license denials. “[Herz is] dedicated to inclusivity,” Rachel said. “It’s something that deeply matters to us. These trans children, so many of them are homeless, so many of them don’t have safety. We want to provide that space.”

Herz is not just providing a safe space for patrons; it’s actively seeking to uplift and further the voices and missions of LGBTQ+ activists, so that conditions for LGBTQ+ Alabamians improve. Kimberly McKeand is an out LGBTQ+ woman running for City Council in District 2 of Mobile. Signs toting her campaign slogan, Out for McKeand, were all over Herz earlier this year when the bar hosted a political event for her.

“It’s different, the thought process of people around here,” said Rachel Smallman. “I’m from Mississippi, but it’s different in Alabama. They thought [Herz] was a strip club, and then they found out it was a lesbian bar owned by two Black women. They weren’t ready for us.”

The difficulty inherent in two Black lesbians owning a business for LGBTQ+ people certainly played a role in Rachel and Sheila being the first to make such a move in Alabama. Though, with 21 known lesbian-owned bars left in the United States, the reasons why there aren’t more of these spaces are clearly evident beyond Alabama’s borders.

“I think, as women, we’ve been told for so long what we are and are not capable of, and what we can and cannot accomplish,” Rachel said. “It’s harder to take chances, but once you do, you realize what’s possible.”

There’s an estimated 400 to 1,000 bars in the United States that cater to gay men; three of them are in Mobile, Alabama. The overall economic achievement of cis gay men, a product of a patriarchal system even when considering sexuality-based societal oppression, has allowed them to own and operate businesses at a higher rate. And even as gender roles are challenged and dismantled, women’s same-sex partnerships are more than twice as likely to involve raising children, a fact that could certainly affect not only bar ownership, but patronage. Regardless of marriage, parenting, or access to funds, however, women have been taught for millennia that their goals, aspirations, and dreams should be small, reasonable, family-based or minimal; LBTQ women and nonbinary individuals often have these same roles forced upon them, amidst trying to battle cis-heteronormativity. Dismantling these notions can be a constant struggle, one that would impede not only odds, but desires, to open up a bar catering to the LGBTQ+ community.

“With the passing of gay marriage and more widespread tolerance – I won’t say acceptance – we’ve had some general assimilation,” Rose said. “And it’s great that the assimilation has provided us with safety, but along with it, we erase what makes queer spaces so comfortable and safe. Straight bars are still not catered specifically to [our community]. If we lose our bars, heteronormative culture prevails.” Rose’s comments touch on something integral to the conversation: Our elders tirelessly fought for our ability to move around the world with a sense of safety. Within that, though, the necessity for queer-centered spaces has diminished. That is not to say the desire has diminished, though. “Before we opened Herz, I had never been to a lesbian-centered bar,” Rachel said. “It’s so different, and we need more spaces like it. We deserve to have a place where we’re at the forefront.”

While I understood a bit more about why Herz was opened, I still wanted to know: what’s keeping Herz open? 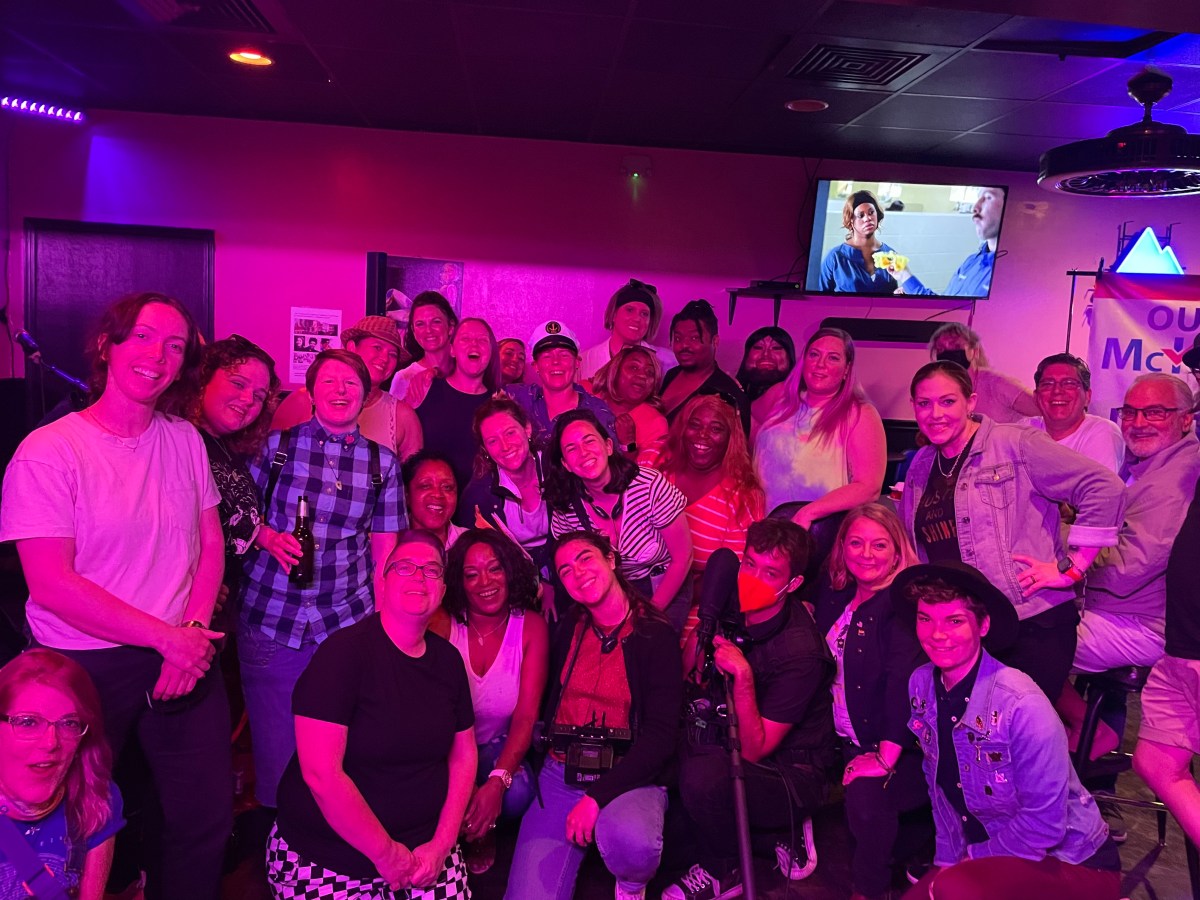 “Community,” Rachel said. Even though the Smallmans were certain about the necessity and their desire in opening an inclusive, lesbian bar, they were still pleasantly surprised by their growing number of customers. “We had no idea how needed it was until we did it,” Rachel said. Herz quickly became the spot to go, a place holding an energy of acceptance, celebration, and joy that’s almost palpable. Starting at 4pm, Herz’s patrons nearly float through the door for after-work drinks, dates, birthday parties, celebrations, and political speeches.

The LGBTQ+ community has a distinct way of showing up. We’ve been deprived of safety, so we provide it. We’ve been denied space, so we create it. We’ve been cast out, so we open our arms. Quickly, a bar can provide the familial love some of us need and all of us deserve.

“Herz is made special by the people who come here. A lot of us don’t have family,” Rachel said. “But when you’re here, you’re family. We make certain of it. We’re built on it.”

Liana DeMasi is a queer writer living in Brooklyn, NY. Her words can be found in The Boston Globe, Tinder's Swipe Life, Musée Magazine, GO Magazine, Majuscule, and others. Her book, In Which She Takes Multiple Lovers, is on sale now.

Liana has written 1 article for us.