About three-quarters of the way through Master of None’s third season, formally titled “Master of None Presents: Moments In Love” — which follows Black lesbian previous supporting player Denise (Lena Waithe), as her marriage becomes the standalone focus of a story about love, romance, family, and grief in your thirties — I completely lost it and took to my group chat:

2. “It’s so depressing and complicated and hard and gay and so, so good. I am floored. I have never seen something this nuanced and GROWN and be just about Black Lesbians before. Just 5 episodes, three and half hours, only about this one Black lesbian couple and no one else. I am so shook. I’m not even sure if it’s as good as I think it is? Or if I’m just that shook? Or is it both? WHO KNOWS”

3. (There’s also a message about not possibly being able to form a professional, critical thought about this series when Lena Waithe is in a bathtub showcasing her tattoo sleeve, but since this is in fact a professional review, we can just let that be.)

I struggled with how to open this review, to be honest, because even more than its predecessors, this season of Master of None is serious business. It’s hard to stretch understanding this work as a comedy — and when so little about the lives of queer Black women is able to make to screen in the first place, well… I want for it be considered with the appropriate gravity. It’s fleetingly rare that Black queer women are able to create work centering our own interiority (the club is so small that it has only a handful of members, Dee Rees and Cheryl Dunye prominently come to most minds, and within television Lena Waithe — for better or for worse — has crafted a lane of her own). The third season anthology within Master of None is quite literally the only time a television series has centered around a Black lesbian couple as its sole protagonists, and in such an intimate close up portrait. I’m starting my review with that fact because in everything else I’ve read about the series, I’ve been stunned that no one else brings it up. So I will.

I’ll also make jokes about grown ass Black lesbians being messy because white lesbians have a canon that stretches literally 100s deep that they can point to and this will very likely be the only time all year where I can take a quiet squeal of joy in watching two Black queer women get high, bake cookies, and wear face masks that unironically match the white face paint of the Dead Presidents that they’re watching on screen. This version of Master of None is BLACK Black. It is GAY Gay. That should be acknowledged because in and of itself, that’s a miracle. 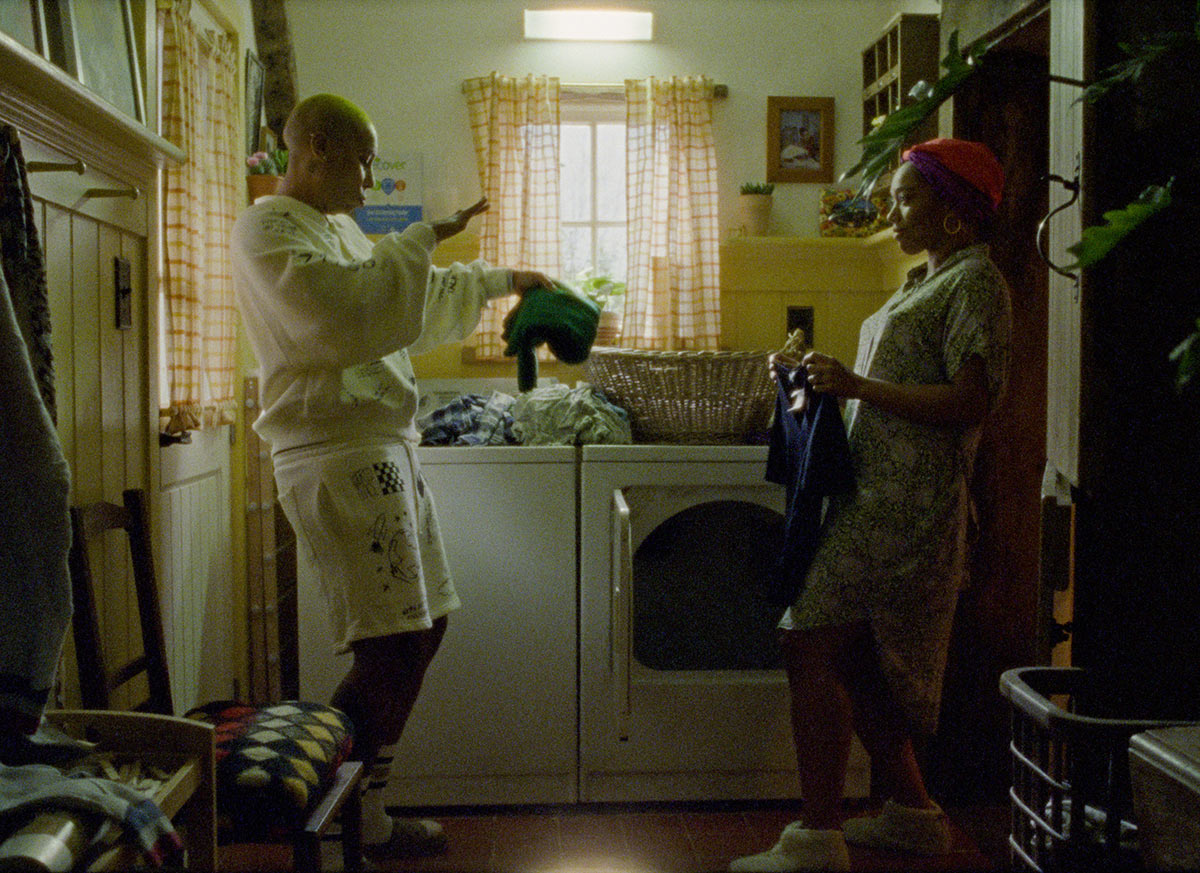 Lena Waithe as Denise and Naomi Ackie as Alicia, “Master of None” Season Three (2021)

But that’s not the same as, is it good?

And that’s the crux of it, right? As I so eloquently put it while typing with one hand and shoving nutritional yeast coated popcorn into my face with other, “three and half hours, only about this one Black lesbian couple and no one else. I am so shook. I’m not even sure if it’s as good as I think it is? Or if I’m just that shook? Or is it both? WHO KNOWS” I’ve been thinking a lot about Black art and Black criticism lately. What’s the role of a Black queer writer who is underrepresented in her field (in today’s scouring of Master of None reviews, so far I found only one other Black queer woman reviewing a work that is exclusively and with no exception, about Black queer women? It’s Cate Young at Vulture, you should check out her recaps) when reviewing work by a Black queer woman creator who is also fighting the same systematic underrepresentation? Especially when the stakes are so high?

In part, I think I’ve been drawn to these questions because our most recent dust up about the role Black criticism plays in evaluating Black art also came from Lena Waithe. First, from her 2019 film Queen & Slim, which inflicted such trauma onto its audience it still looms large in a collective Black imagination nearly two years after the fact. Then recently, the Lena Waithe-produced Them — which to be clear, Waithe herself did not write — became the latest lightning rod for manipulating Black horror and trauma around America’s history of racist violence without a productive conclusion (I still won’t bring myself to watch it). Building on a conversation started by Them, Kathleen Newman-Bremang at Refiner29’s Unbothered notes that, “Black voices writing about Black stories can be just as important as the Black show writers themselves. They both exist in an ecosystem that doesn’t thrive without the other.”

Objectively speaking, the third season of Master of None is great, complicated television. It’s pace is markedly slower than even the already famously meandering first two seasons, but it doesn’t mistake unhurried for a drag. It’s exquisitely filmed with the kind of lingering shots without cutaways and attention to detail that makes even the most ordinary moments feel blushingly intimate. Aziz Ansari’s directing choices seem inspired by Ingmar Bergman’s 1974 film Scenes From A Marriage, which tracks alongside all his previous art film inspirations for the series (and it’s not lost on me that Ansari’s smaller on-screen role very likely came as a result of the accusations of his sexual misconduct from a few years back. I still found it jarring to his name listed as the director of every single episode and if you chose not to watch it as a result, I wouldn’t personally blame you).

In terms of both writing and performance, the third season of Master of None is the best work Lena Waithe has ever put forth — to my mind, even topping her work in Season Two’s “Thanksgiving” episode, which is a career-defining mountain almost no performer could climb twice. Denise has always been written around Waithe’s voice, more so than ever this year when she finds herself a successful writer whose fame and wealth has isolated her from her friends and in the throes of adultery and divorce (yes, the comparisons write themselves). Yet even within those similarities to her own life, Waithe only brings the audience in closer to her. What could have been an eye roll worthy cliché instead becomes stark and heartbreaking. 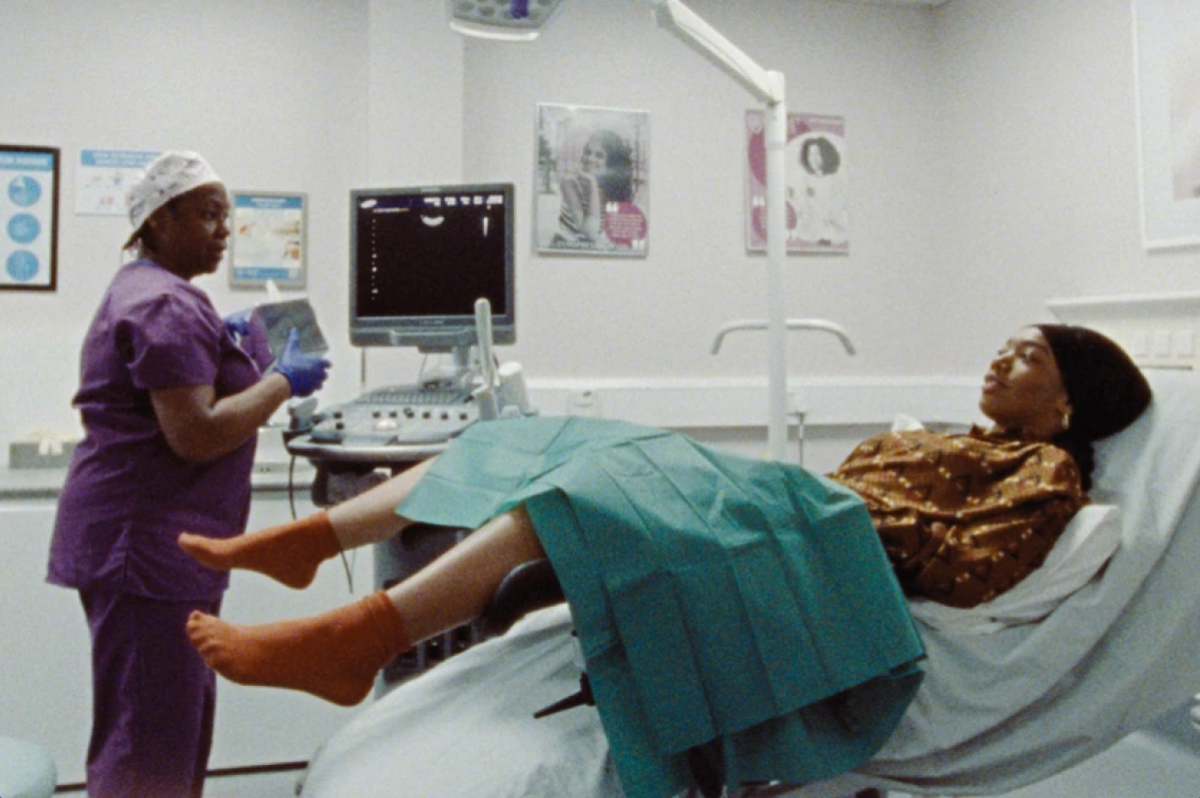 As Denise’s wife Alicia, Naomi Ackie is the definition of stunning. Every review of this season points to episode four — Alicia’s standalone — as the one that’s not to miss. I’ll join the chorus of those who were rendered speechless. In it, Alicia is going through in vitro fertilization and there’s one scene that has burned itself so brightly into my memory, even a month after first watching. The camera remains firmly on Alicia’s face as her doctor bluntly details the extra financial cost of fertility for lesbians — American insurance companies don’t cover the treatment. The doctor continues matter-of-factly, “they have a code for being attacked by an orca, and they have a code for being sucked into a jet engine, but not for ‘gay and desires pregnancy.’” In a series that’s otherwise defined by subtly, this one minute of cutting through bullshit, shakes.

I’m a Black queer woman who also faces an uphill fertility battle that I often choose to ignore, but for that single hour there was no running away. How could I, when she was me? There was only holding my breath. I had the chance to briefly interview Naomi and she shared that while “most of the characters I’ve play are really far away from me,” in portraying Alicia “this felt the closest I’ve ever been to a character. And you know, that’s not my usual experience. That changed me.” It changed me, too.

And this brings back the question — what’s the role of a Black queer critic in this moment? Because in Naomi’s fear of infertility and nerve, I found a mirror. That’s easy, and powerful or inspiring to say. But I also saw a mirror in Denise’s absolute inability to communicate even as her life imploded around her, and that is much, much uglier.

I don’t think this season of Master of None is a love story that anyone will proudly say “I see myself here!” And for that reason, I don’t think it passes whatever happens to be the latest bar for “good” representation — that narrow and ever-moving definition people are talking about when they storm forward hashtagging #RepresentationMatters. These aren’t wives living out picture perfect domestic bliss. I think some will say that in its own way, this is yet again another Lena Waithe (emotional) trauma production. Others will say that at minimum it plays with the fire of some dangerous tropes. And it might skewer too closely to Waithe’s own life in ways that make it hard to praise its creativity. None of those are my critiques.

The third season Master of None eschews any clean, simple picture. Despite its visual beauty, it chooses to revel in the muck and the mess. When a happy story about Black lesbians in love would have been easier, instead it holds up a mirror of what we don’t like to see.

The third season of Master of None released yesterday on Netflix. In a partner piece to this review, I also had the opportunity to interview Lena Waithe on making messy beautiful Black lesbian art.