Stories of queer people on screen have long been a topic of discussion in the LGBTQ community. From the films we love to those that make us cringe, there is so much to talk about now given that there has been so much progress in the field of depicting our stories in movies or on TV. Of course, there is still progress to be made but there is also a lot to rejoice. 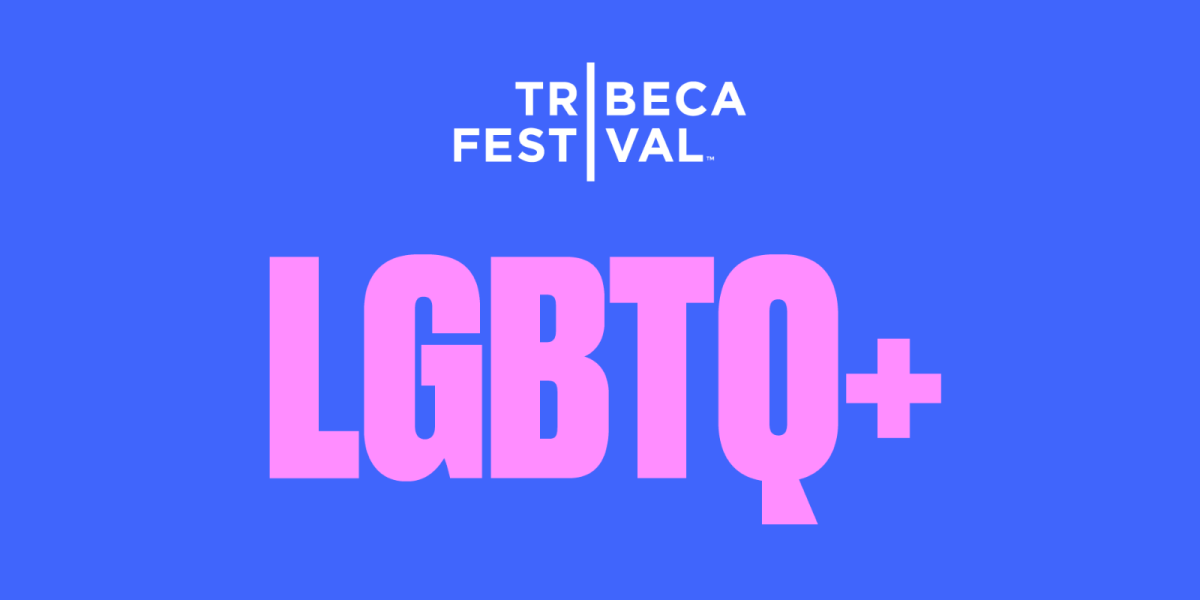 Film festivals have often been the space where these movies first meet the eyes of an audience before they reach the general public, but it isn’t always easy to get them to that stage. For Lucy Mukerjee and Shakira Refos, the senior programmer and associate programmer respectively, of the Tribeca Film Festival, bringing queer stories to the masses is more than just a job.

Lucy came to Tribeca four years ago after a number of years working at Outfest, an all LGBTQ film festival. She is focused on the feature-length content at Tribeca as well as strategizing outreach to queer communities. This is Shakira’s first season with Tribeca, serving as the seasonal associate programmer of documentaries while still working her full-time job at the California Film Institute. 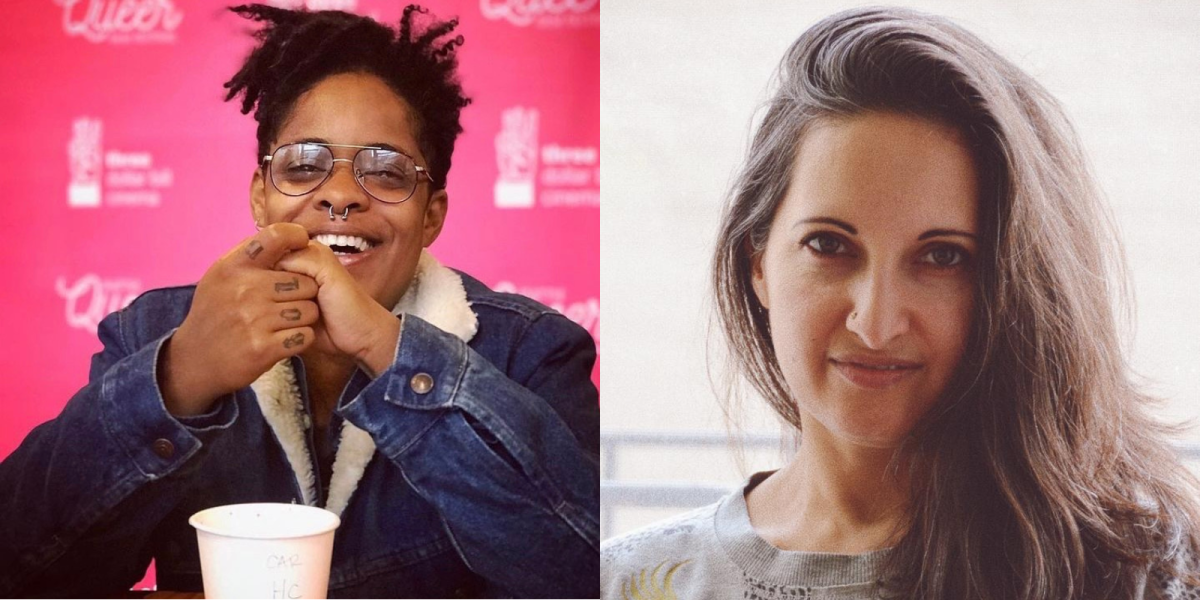 “The way that our industry, the film festival industry specifically, talks about queerness made it really good to have folks in the room who are really invested in not just what’s on the screen, but also, how do we talk about the filmmakers? And how do we talk about the audiences that are going to be coming in after we’ve programmed all of this amazing work? And really learning how to deeply understand the ways that our identities are so closely associated to our work.” says Shakira “Which isn’t necessarily the case for you know, like straight programmers or like, cis programmers. So having a lot of those conversations, and also just making sure that for whoever might come after me that this is an awesome, safe, safe space for them to be seen in their brilliance.”

Tribeca has a host of queer programming coming to the stage this season that the audiences can enjoy. From movies about polyamory to stories about drag queens, there are so many films and documentaries to choose from. This is exciting for any lover of media, but particularly for queer and trans people who so often don’t see themselves represented in full on screen, or who are under attack by legislation and politicians constantly. 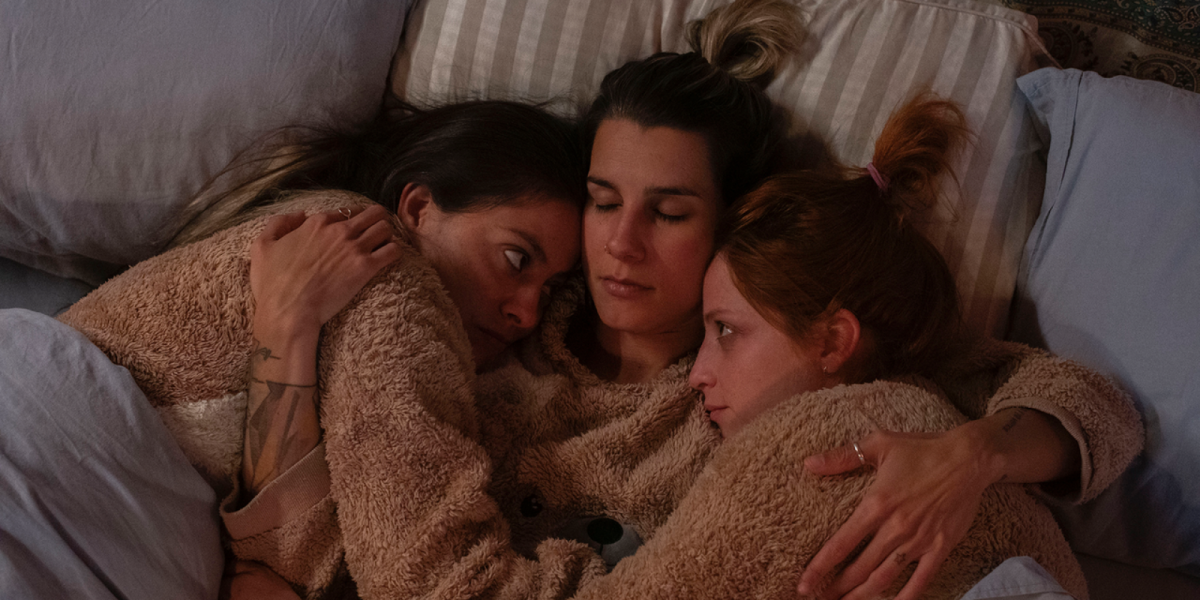 A still from “Petit Mal”, a story of a lesbian throuple, showing at Tribeca 2022.

Whether or not seeing LGBTQ people in all their complexity could change the mind of a bigot is up for debate, but as Lucy pointed out, in a study done by GLAAD, the majority of the population believes they never met a trans person before, and that belief is how harmful stereotypes get passed around as truths in these communities.

“That makes onscreen representation incredibly important, right? So if it is recycling tropes, and stereotypes and damaging portrayals, then not all representation is good representation” says Lucy. “And we have to be very careful about the films that we’re putting forward. Obviously, we want to have as much LGBTQIA representation on the screen at the festival, but we have a lot of discussions about, you know, is this tired? Have we seen this 100 times already? Or is this pushing the conversation about our identities forward?”

Speaking for myself, when I see films that depict the complexity of queer life, I walk away feeling inspired to create, to love, and to learn more. I first saw Moonlight in theaters and cried through it. I’ve watched it a handful of times since and there is a reason it swept awards season and is considered one of the most beautiful films made about Black men and sexuality.

Moonlight was about two men but I still saw myself in the emotional journey of someone grappling with their first queer experience, with mental health, and understanding who you are and who you want to be. Seeing yourself on screen is important for so many queer people, it provides a basis for imagination, a window through which you can see your life and its possibilities. 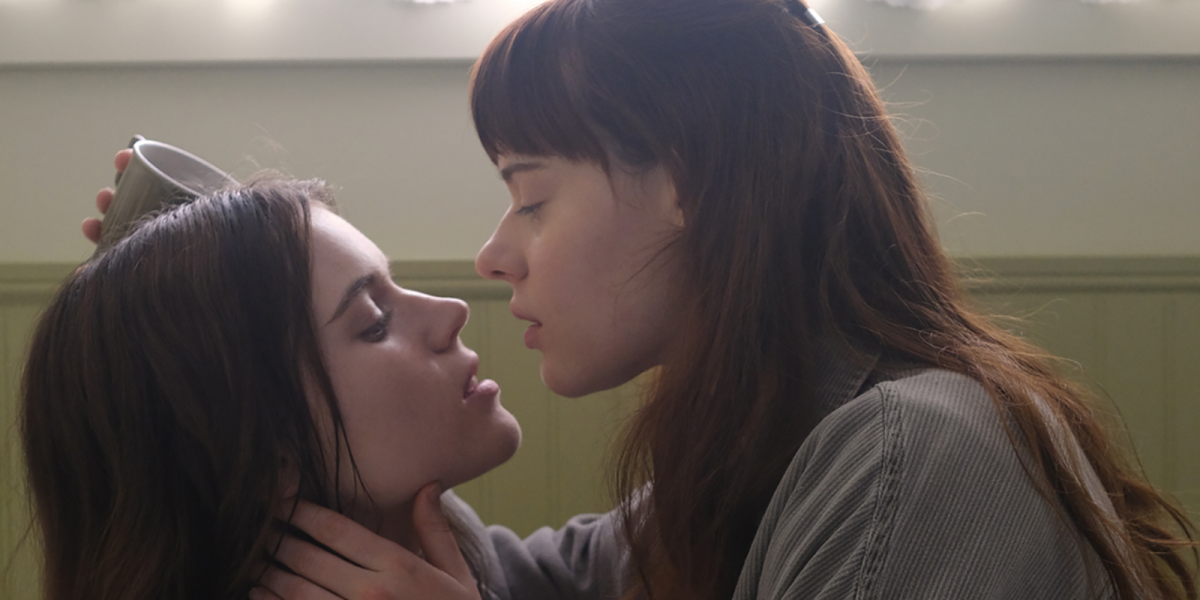 A still from “You Can Live Forever”, A story of young queer love & religion, showing at Tribeca 2022.

I got to talk with Lucy and Shakira about the first time they saw themselves on screen, and they both shared the common point of first seeing mostly white stories about queer women as their introduction to queer film, and then later finding films more aligned with their identities.

“I grew up in a very white town in England, and I would watch whatever I could find in terms of clear representation. But in secret in the middle of the night when the rest of my family was sleeping. I remember seeing My Own Private Idaho, which is as far from me as you can get, but it was clear, and I felt some connection to it,” says Lucy.

Early stories of queer life were definitely governed by whiteness, so it makes sense that many of the movies mentioned featured white actors and actresses, Shakira mentioned the films Lost and Delirious and Kissing Jessica Stein as well as the early seasons of The Real World.

“Those movies helped me understand myself but just like what Lucy said, it wasn’t until Set it Off that I had seen myself on screen,” says Shakira. 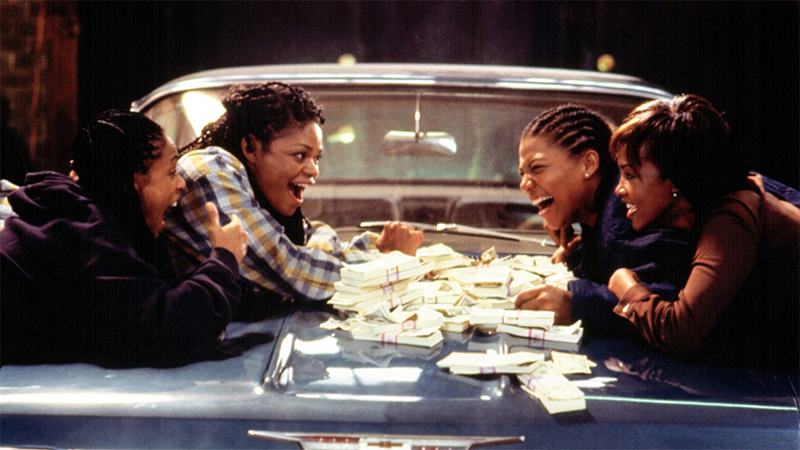 A still from the 1996 film “Set It Off”, featuring Queen Latifah as queer icon, Cleo.

Shakira was also an integral part of the Juneteenth programming that will be at Tribeca this season, and we chatted about how important it is that Black stories are also being centered along with LGBTQ stories. Like the GLAAD study, Shakira mentioned an NAACP study that showed that a lack of Black executives in Hollywood was leading to the production of films that actually harmed the Black community.

Stories have the potential to harm, and to do immeasurable good for the communities they are depicting. Investing in filmmakers that are pushing the narrative forward instead of pulling it back was a major goal for both Shakira and Lucy.

The overwhelming theme of our talk was that these communities are in need of programming that depicts the fullness of their lives. Not every story has to have a sugary happy ending, but the fact that these stories even exist and can be seen by the general public is a huge deal.

“Thinking about audience development, it’s really important that they see that there’s a hunger for this kind of content for whatever festival we’re working but for Tribeca specifically,” says Shakira. “So if folks want to be engaged and want to see more of this stuff, show up regionally, it’s really important to attend. And so my hope for Tribeca is that it will continue to invest in this type of programming and audience development — and that they will continue to invest in upcoming filmmakers.”

Stay tuned this week and be on the lookout for our coverage on some of this years most talked about queer films at Tribeca Film Festival 2022!