Our first date lasted six hours. As the bar got louder and more crowded, my focus on her sharpened, blurring everything else around me. We talked about our careers, upbringings, past relationships, and what our alternate universe selves were doing that very moment. Two dates later, Melissa wanted to know what I was looking for and I told her, a little sheepishly, that I was looking for a partner I could share my life with. Exactly one month after our first date, I was relieved to tell Melissa I loved her because I physically couldn’t contain it any longer. A month after that, we were talking about marriage.

This is a textbook case of U-Hauling. If I was a professor of Lesbian Stereotypes 101, I would use my own relationship as a case study. Now before you get your TomboyXs twisted over the casual stereotyping (see what I did there), let me address that yes, while many lesbian couples did move in together often to avoid questioning in the ‘50s and ‘60s, research has since proven what many of us know to be true: the U-Haul stereotype is outdated. Queer couples are no more likely to move in together quickly than straight couples who share other qualities like age range and education level.

Why, then, do I identify so hard with this stereotype? My guess is that, for better or worse, most women — myself 100% included — have been conditioned not to shy away from emotional labor. And despite the many obvious negative consequences of this, I think there are some advantages for queer women in particular. It makes sense that we’d want to get everything on the table as soon as possible when auditioning life partners. I want to make sure we’re a solid match in a vacuum if there’s any chance of us being a solid match out in a harsh, judgmental world. Because once I make it through the heavy-conversation gauntlet still attracted to you, I feel empowered to take on the entire shitty world with you. 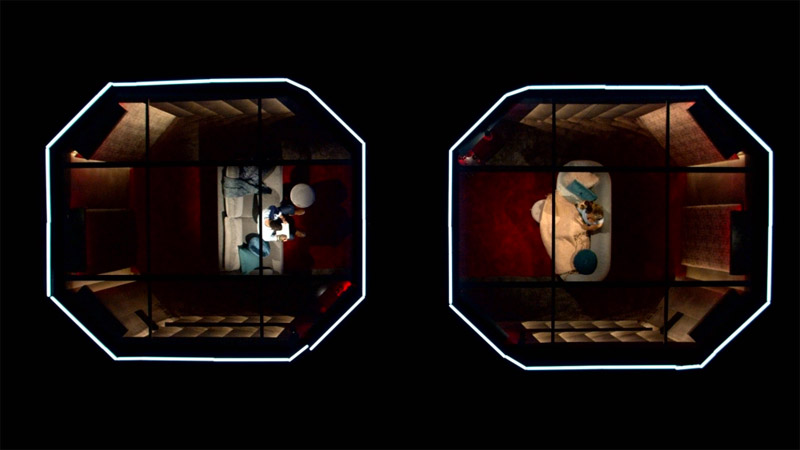 This is essentially the premise of Love Is Blind, the Netflix original reality series in which participants have hours-long, emotionally-intensive talks in adjoining “pods” before meeting face-to-face and going on a batshit race to the altar. If you’ve watched a single moment of this show, then you already know it’s the newest unregulated, highly addictive reality series drug to hit the market. Hosted by Nick and Vanessa Lachey, the show is billed as a “social experiment” instead of a data-fueled hybrid of The Bachelor and Married At First Sight. It’s emotional manipulation on steroids.

As you already know or correctly assumed, all of the participants in the Love Is Blind “experiment” are overwhelmingly heterosexual — with the exception of one supremely uncomfortable bisexual man. They do a lot of straight-people things like wear gowns and heels to literal blind dates and exclaim things like, “I’ve never talked so much about my emotions in my life!” The physical walls between them allow for… you guessed it… emotional walls to come down. By the end of the second episode, straights are U-Hauling left and right. We watch six couples get engaged and apparently there were two more engaged couples who landed on the cutting room floor. 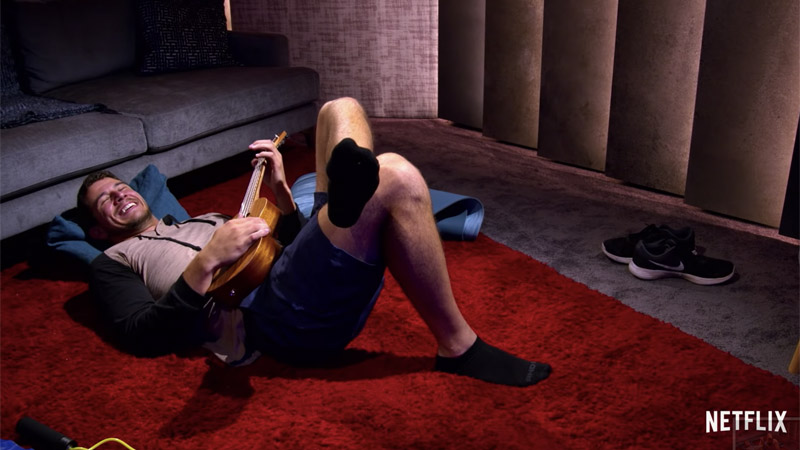 In the midst of our white-knuckled binge, my girlfriend and I found ourselves in the awkward position of relating to the words-first approach of the initial set-up. We met on Lex when it was still Personals, a simple Instagram account featuring personals ads from queers around the world. I saw Melissa’s ad and connected right away with her message about remembering a time before Amazon Prime and unapologetically eating meat. I didn’t have any clue what she looked like, but I was down. (Full disclosure: I did check out her profile about five seconds later and discovered she was hot as heck.)

I think there’s so much to be gained by connecting through words first. Words act as a speed bump for split-second judgments that may not even reflect our true desires or values. I can’t tell you how many times I’ve swiped left on people who may have been a fit personality-wise but didn’t fit whatever “vision” I had appearance-wise. So, when the Love Is Blind couples forge intimacy through candid conversations, it feels like there’s a little nugget of hope emerging from the dumpster fire. It feels like maybe the straights are going to be okay. 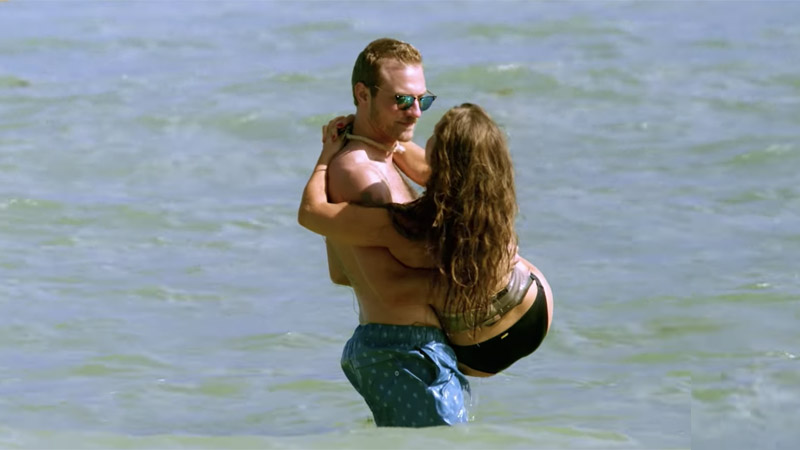 Then they get out of the pods and shit gets real crazy, real fast. The structure of the show rears its contrived head and the couples are essentially forced to get engaged, go on a “pre-honeymoon,” move in together, and hang out with each other’s families. 34-year-old social marketing manager Carlton blames his fiancé Diamond for not reacting perfectly when he reveals he’s bisexual (even though he had plenty of opportunities to bring it up in the pods). Then he throws his ring into the bushes and they both leave the show. 34-year-old tech salesperson Jessica discovers she’s more physically attracted to the guy who rejected her than the guy she picked. 26-year-old ex-tank mechanic Amber reveals she’s deep in debt. 29-year-old scientist Cameron raps for way too long in front of his potential mother-in-law while his fiancé cringes (editor’s note: my girlfriend disagrees, but it looked like a cringe to me). Jessica lets her golden retriever drink red wine straight out of her glass to the horror of everyone.

You’d think these ups and downs would send everyone running for the hills, but no. All five of the remaining couples end up walking down the aisle. In a shocking twist, 25-year-old business owner Giannina confesses her love at the altar for her fiance, Damian, despite telling him just weeks before, “You know how you tell me this is the best sex of your life? Have you noticed that I don’t return the compliment?” Yikes. Amber gets absolutely wasted at the girls’ group bachelorette party, threatens to fight Jessica if she comes for her man, and cries tears of joy in the parking lot outside the bar. Then the morning of the wedding comes and she’s not sure if her fiance, Barnett, will show. If you haven’t watched Love Is Blind, I’ll let you find out for yourself who actually ends up saying “I do.” But if one thing is clear by the final episode, it’s that the emotionally charged conversations at the beginning of the show were compelling enough to carry these couples through the emotional rollercoaster that followed. 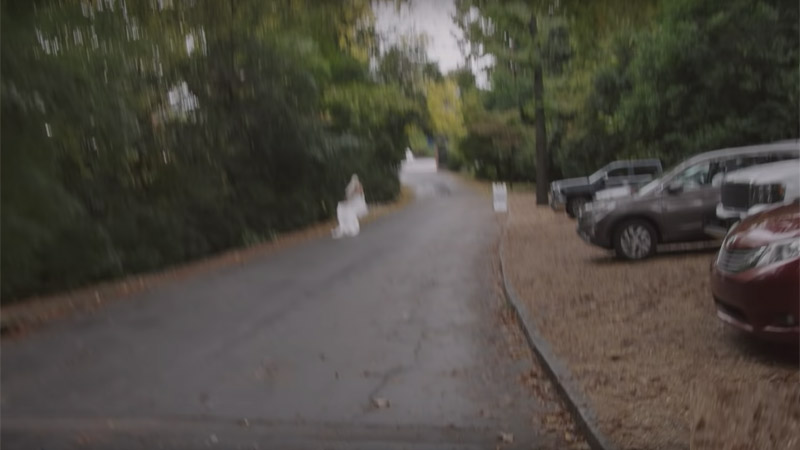 Why? It’s easy to delude yourself into thinking there’s nothing left to learn about your partner after you’ve covered so many topics so exhaustively. It can be quite the surprise to realize there’s always more to discover about someone no matter how many hours you spend cataloging your hopes, dreams, and childhood traumas. My own relationship is again another great example. Less than two months into our relationship — after we’d confessed our love and before we both semi-seriously proposed — Melissa and I took a road trip to Big Sur. We planned to work through the 36-question relationship quiz popularized by the NY Times Modern Love essay, “To Fall in Love With Anyone, Do This.” But 30 minutes into our three-hour drive, we’d burned through them all and had to find something else to talk about. We’d already discussed every single question at length on our own. We laughed and judged all the couples who date for six months before going that deep.

Now we look back on that trip and joke about how we didn’t even know each other. Because the hard truth is you kind of need time to get to know someone — shocking! But had we not confirmed our shared values early on in the relationship, I don’t know that we would’ve been able to continue building trust in one another as new variables entered the mix. We found incredible value in having all those details straight and tough questions answered before moving on to the more difficult phase of stitching our lives together. As evidenced by Love Is Blind, love flourishes in a vacuum. But to have a healthy, long-term relationship outside of that vacuum, we had to be able to reference that foundation through distractions like passive-aggressive family members, hard-to-impress friends, and the toxic wasteland that is Twitter.

Ultimately, if there is anything positive to salvage from Love Is Blind, it’s that we should be more lesbian. We deserve to feel safe having deep, emotionally intense conversations no matter where we fall on the gender or sexual spectrum. Who knows, we might just save ourselves a lot of time and heartbreak.

Kate is a freelance writer living in LA. You can read her deranged gay fiction on Instagram at @theonlyshortshorts.

kate has written 1 article for us.