Communities across Canada gather every year on October 4th for “Sisters in Spirit” vigil, an event to commemorate the lives of missing and murdered Aboriginal women of Canada and to demand justice in the face of stubborn indifference from both government and police. This indifference appears despite a very clear pattern of racist-misogynist violence under which Indigenous women in Canada are five to seven times more vulnerable than non-Indigenous women according to the government’s own statistics; however, Amnesty International speculates that even this may be understating the problem as a result of deficiencies in state reporting.

Loretta Saunders, a 26-year old Inuk woman who was studying Criminology at St. Mary’s University, turned in her 28-page thesis proposal in late January of this year in which she intended to detail the cruel violence faced by Canada’s Indigenous women. Yesterday, her body was found in a wooded median along a New Brunswick highway. She was pregnant before her murder.

Her roommates, 25-year old Blake Leggette and 28-year old Victoria Henneberry, had already been arrested by police on charges related to her Feb. 13 disappearance. On Feb. 18 the pair were arrested on charges of fraud and possession of stolen goods — Loretta’s car.

Police have stated that they have identified suspects in the homicide case and that they are not presently seeking any further suspects.

Her thesis advisor Darryl Leroux had given her glowing remarks in response to her thesis proposal (detailed in his own words here), which sadly she will never be able to complete. 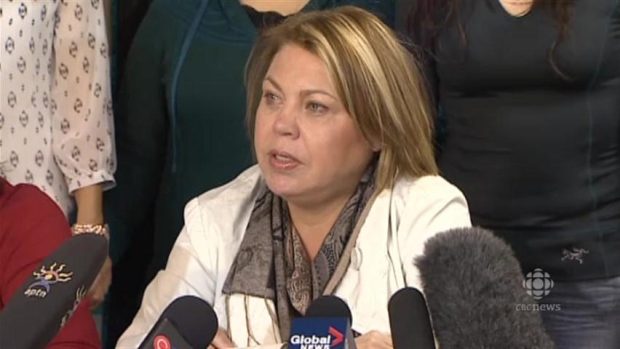 At a press conference held within hours of the discovery of Loretta’s body, Cheryl Maloney, President of the Nova Scotia Women’s Association, stated

“I’m never going to let Stephen Harper or Canadians forget about Loretta and all the other missing or murdered aboriginal people.”

“She wasn’t what society expected for a missing aboriginal girl. Canadian society, and especially our prime minister, has been able to ignore the reality of the statistics that are against aboriginal girls… This is not what everyone expects, but she is at risk. Every aboriginal girl in this country is vulnerable. For Canada to be ignoring it for so long, it’s disheartening. How many more families does this have to happen to before they take seriously the problem?”

Loretta joins a staggering number of other Indigenous women whose families are left grieving and wondering if they’ll ever see change or accountability. We can only hope that her tragic death will serve as a wake-up call to the Canadian government and police forces to take action to prevent violence against vulnerable women in Canada, but as the content of Loretta’s thesis proposal demonstrates, the wait’s already been a long one.