Transgender representation on TV is slowly but steadily getting better. Last year, Laverne Cox became the first openly transgender actor to snag an Emmy nomination. This year, Transparent, the first show to feature a transgender woman as the lead character, won two Golden Globe Awards. And just a few weeks ago, WEtv premiered a new reality series called Love Thy Sister, which features Londyn Smith de Richelieu, a black transgender woman who is longtime friends with one of the show’s three sisters. This week’s episode focuses heavily on Londyn, her relationship with Ione Rucker and her experiences as a trans woman.

Londyn was gracious enough to spend some time chatting with us about the episode and her hopes and fears when it comes to being a trans woman on reality TV. Our interview is below the clip of tonight’s episode.

Can you tell me a little about Love Thy Sister?

Love Thy Sister is a docu-soap that is produced by Bunim/Murray, who also produces Keeping Up with the Kardashians, and it is about three sisters who come from an affluent African-American family in South Carolina. Their dad was actually the first dentist in their town in South Carolina. Their aunt was the first black female attorney in Charlotte. All of their children have secondary degrees. The show really reflects the African-American community in a true and positive way, and unlike so many reality shows out right now that are just about being famous, these women are already successful in their careers as lawyers and doctors.

And the show is about how family is more than being related by blood. These women aren’t just my friends; they’re my second family. I’m like their sister. 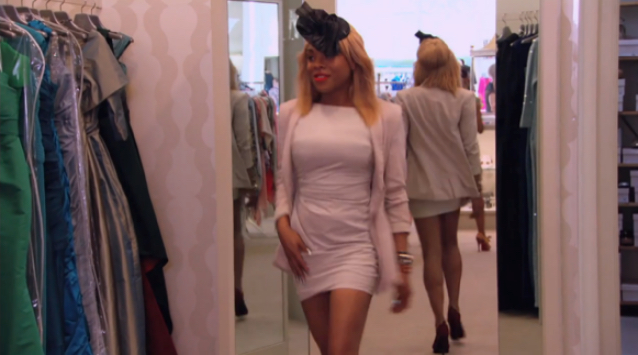 You’re really front and center in tonight’s episode, right? Can you tell me about that?

Tonight’s episode is specifically about the relationship I have with Ione, and her understanding of my transition and what goes along with it, things like gender markers and misgendering people, and her misunderstandings about sexual orientation and gender identity. At first, she doesn’t understand that those two things are mutually exclusive.

Everything came to a head when we went to a party that didn’t allow men. Obviously my friends know I am transgender, but the women at the party didn’t know, until one of them started calling me by a different, male name. What I tried to explain is that the feminist movement and the trans movement need solidarity. The woman at the party who was misgendering me is a survivor of domestic abuse, and I let her know that I also have survived abuse, and we both need to be able to celebrate our independence and freedom from oppression.

Just based on one of the clips I saw, it seems like the show allowed you to really talk about the violence of being misgendered. It didn’t shy away from it or make a joke of it.

Ione ended up leaving that party, and that’s when I knew she was truly an ally and a friend. We ended up having a long conversation about how she can respect me, and how I want to be treated, and how I want to be talked to. It was a really pivotal moment in our relationship. Even when I was transitioning in school, we never had this conversation, so it was important for me, and important for our friendship.

So much of reality TV is in the editing, obviously. Did you have any worries when you signed on to do the show that you wouldn’t be represented accurately or fairly?

I did worry, yes. In all of my talks leading up to the show, in all of my conversations with my lawyer, I made it very clear that my biggest concern was how the trans community was going to be represented. I actually was uncomfortable with my former name being mentioned onscreen. To me, that’s my past, but I accepted it because I’ve learned that loving myself is also loving who I was. The experiences I had as Juan helped me understand who I am as Londyn; it helped me accept my transition.

When I heard my old name, I was taken aback, and when I saw the old pictures of me — actually, that’s how my niece and nephew found out I’m transgender. Children don’t know. They just know I’m Aunt Londyn. So it was definitely awkward for me, in that respect. I’m always forthright and honest in romantic relationships because I fully believe that if a person doesn’t love me in totality, they just don’t love me. 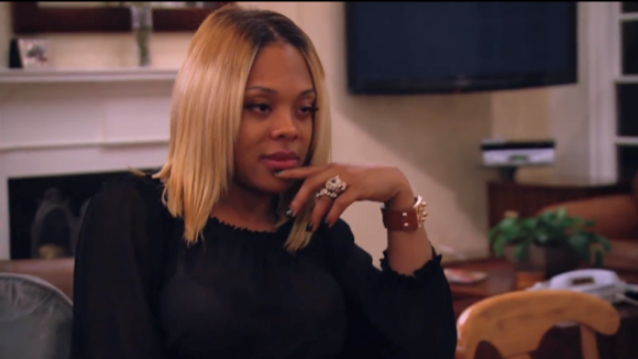 The show takes place in South Carolina, right? And I think I read that you’re from Atlanta?

I’m actually from Baltimore, but I met Ione in college in Atlanta. I was in Charlotte to film the show, but I came back to Baltimore to attend law school and live with my grandmother — who I lost in November — because she was my biggest champion and my biggest supporter.

Can you talk a little bit about being a trans woman of color at this time in America, when on the one hand we’re seeing a rise in visibility with folks like Laverne Cox and Janet Mock and CeCe McDonald, but where trans women of color, and black trans women specifically, are subjected to so much violence?

Yes, that’s the reason having a platform matters so much to me. Violence against trans women of color gets shoved under the rug so often, and there’s no accountability. We see the news media misgendering trans people all the time, and then we see the parents of trans victims getting on television and misgendering their children. When a parent uses the wrong pronoun, on purpose, to refer to their transgender child who has committed suicide or been murdered, that parent is contributing to the violent culture that killed their child. It is refusing to recognize the humanity of trans people, and the experiences of trans people.

The media also perpetuates these stereotypes that trans women are attacked and murdered because they misrepresented themselves to their romantic partners, and that’s just not correct. Our communities have been so galvanized by a church that condemns trans people, gay people, people who are questioning, and it goads people into acting out violently against us because of their own insecurities. It creates a continuum. When homophobia and transphobia are embraced in our music and religion, it becomes embedded in our culture, and people use those things to justify their violence.

It sounds like one of the main reasons you chose to do this show is to educate people.

Yes, definitely. It’s a cycle and it’s something we need to be talking about on television. There’s a huge problem with homelessness in the trans community. And this poverty and homelessness forces trans women into situations where they have to allow their trans bodies to be objectified to make money, because there are so few laws that prevent discrimination, so they’re unable to get jobs. These situations create violence. Public policy is so important. President Obama is using his platform to try to create equality, and I haven’t just heard about those effects; I’ve seen those effects. I’m able to get on a plane and fly to Dubai without worrying what will happen to me when I get off the plane because there’s legislation now that allows me to have the correct gender on my passport.

Just from the few scenes of the show that I’ve watched, it seems like you’re actually getting to talk about this stuff. It doesn’t seem like the show is sensationalizing your life experiences.

It was really important to me that the show didn’t objectify me. I said to Ione, “I am not your court jester.” And I mean it. We still have friends who misgender me, and I’m like, “Come on. You’ve known who I am for too long to be doing that. If my own mother, who birthed me, has no problem using correct pronouns and my real name, no one else has an excuse.” I love my parents more than anything. They have always been so supportive of me. They were so supportive about me doing the show because they want me to be who I am and talk to people about these issues in a way that opens up their understanding.

Will you be around for more episodes?

I’m actually on all six episodes, and I’m really hoping for a second season. I’d love to be able to talk more about my job and my academics, and I think that’s a thing we can explore more fully if we get a second season — so everyone should watch!