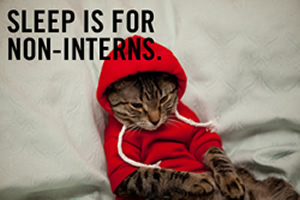 Every week Riese e-mails me a list of images/graphics she needs for her Real L Word recaps. These are some of those very well-defined requests.

1. also can you make Sajdah’s face on a Big Gulp

3. all the facial expressions she makes instead of saying words

4. graphic of a big ol bag of heroine?

6. Can you compare Romi’s interview in this scene to another scene because she looks way tanner?

7. Mel is the lovechild of Samantha Ronson & Lindsay Lohan, illustrate this with a graphic

8. If you could take a ‘cap of Claire talking about that magazine stuff and then draw all over it to express how it makes me feel, I’d like that

9. screencap of chris crocker with LEAVE WHITNEY ALONE written on it

11. somehow superimpose the skittles “taste the rainbow” on top of sajdah and that girl for when sajdah says the thing about the “rainbow coalition.”

13. make sure to get lots of claire crazyface

16. “The Unicorn Couple” – a graphic where Cori & Kacy are unicorns

18. On her knees doing a that’s what she said

19. also i need a photo from episode 101 of the l word where bette & tina are in the doctors office and to get knocked up and like bette has to go down on her or whatever and it should say NOT LIKE THIS on it

21. Journal in the bed (maybe do one with lights and stars coming out of it)

22. what happened next? i Can’t remember just get some good screenshots of ittt

23. can you make a few more of sara doing her crazy sexy dance at the music video?

24. i have attached 4 pictures can you make each one of them saying “that’s what she said” in a speech bubble?

25. do a few graphics where we’re like “WHO IS IT” and then the graphic will be of the door and someone standing in front of it like the Kool-Aid guy, or Jenny Schecter, or the Grim Reaper or SHANE. What if it had been Shane??!!!!?!?!