My very first Liquor in the ______ back in 2012 was my mulled wine recipe. Right now, I’m in Pennsylvania at my fiancée’s family’s house — back when I made this the first time, my fiancée was my girlfriend. Things change. Updates are required. In the intervening three years, a few things have changed about it. I’ve tried a few different iterations, one notable disaster using grapefruit my fiancée bought by accident (do not recommend) and one using pomegranates. That’s the one we’re going to make today. 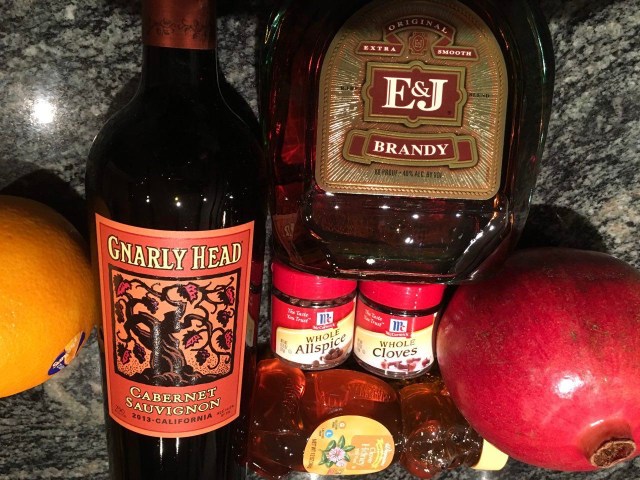 To properly de-seed a pomegranate, I favour the Alton Brown method. Slice the ends off and score the skins. Fill a bowl with water and break the pomegranate apart under water—that way you don’t spray yourself with red juice. Lightly but assertively brush the seeds off the rind, also under water. The rind floats to the top and the seeds sink to the bottom. 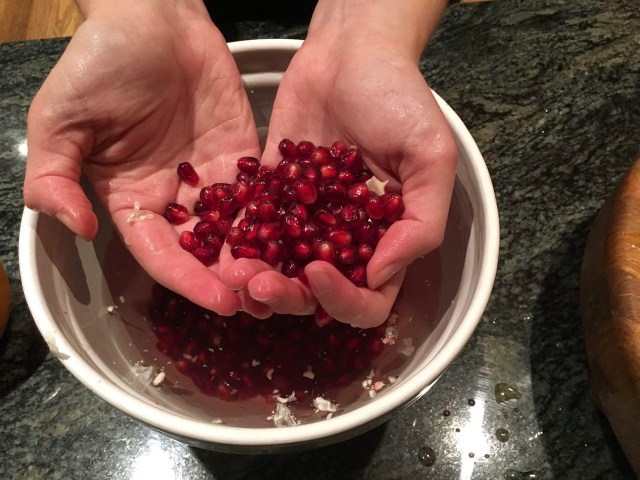 Throw everything into the pot. I’m serious. There’s no rhyme or reason, just put it all in the pot. Break the orange slices up so they release the juices. Squeeze your two handfuls of pomegranate seeds to break the skins for the exact same reason (squeeze with your hands well inside the pot, though, or you’ll juice yourself!). 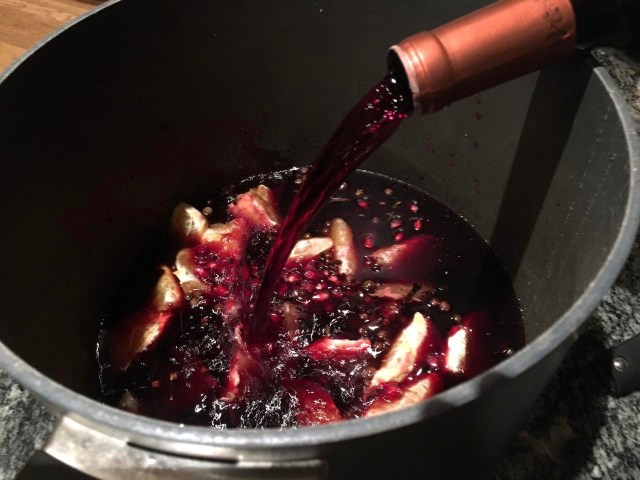 Give it a good stir, put the lid on the pot and put the mulled wine on low-low heat for about 25 minutes. You’ll smell when it’s done — very orangey and fragrant. Try not to lift the lid and stir or anything because the alcohol will escape, and I’m guessing you want that in there. 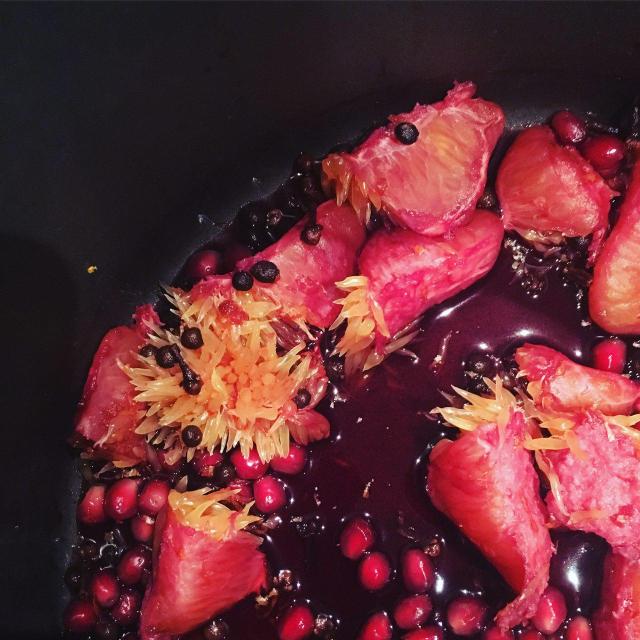 When it’s finished, ladle it into a heatproof mug through a strainer. Slice an orange into rounds, then the rounds into halves and float the orange across the top. 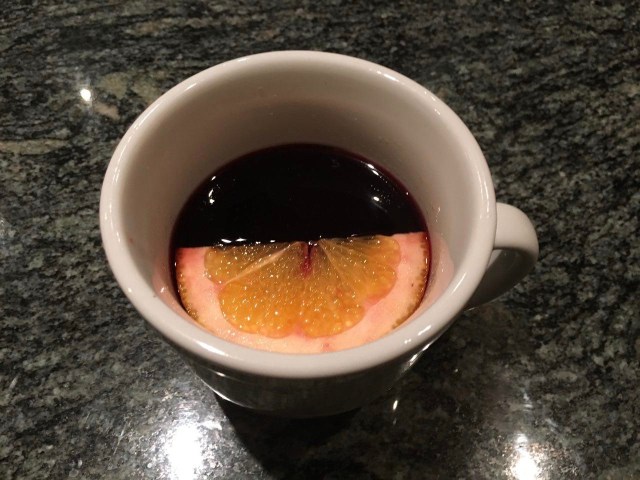 Well for starters, my wine and brandy both got nicer. Not a whole lot nicer! My wine was $7 with no cork back then, and now it’s $11 and has to be opened with a proper corkscrew. While I stand by my suggestion of using not-so-nice wine, there is a bit of “you get what you start with” at play. Get something that’s drinkable even if you don’t mull it. Same with the brandy — the price point went from $15 to $22.

I’ve cut the cinnamon entirely because it upsets my fiancée’s stomach. That is the only reason it’s not in here. If you like cinnamon, then go for it! I’ve upped the brandy and downed the honey (I think my last recipe turned out too sweet), and increased the amount of clove pinches from five to eight (because I continue to be a clove monster). I have, however, cut the clove from the garnish because I actually thought (though I love the smell of cloves) that it was a little overwhelming.

The biggest difference is the presence of pomegranate in this recipe — another fiancée request and, to be honest, I have no idea why I didn’t use them before. Pomegranates are everywhere about the time of year that I want to make this. Why on earth didn’t I put them in before?! Ah, well, the mistake has been rectified. 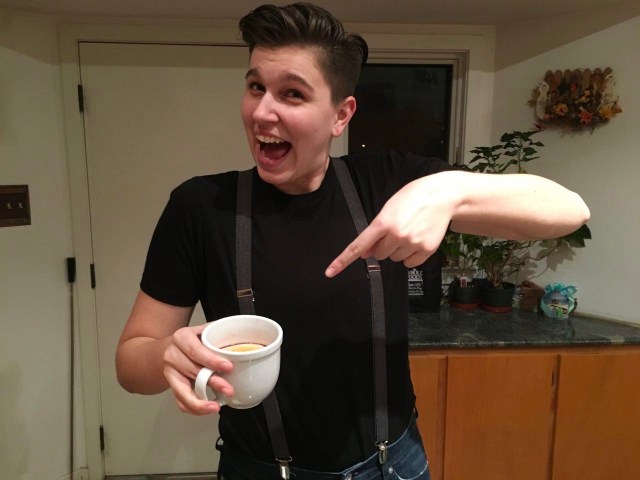 What do you put in your mulled wine, lovelies? And what’s changed for you in three years? Happy Holidays and merry responsible drinking! 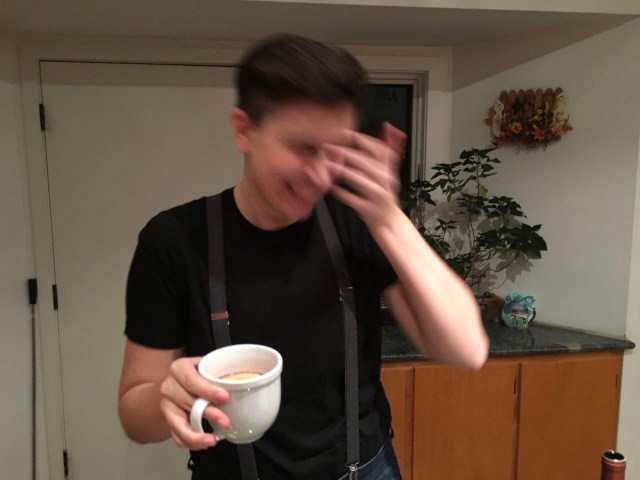