The holidays can be an interesting time for anyone, but I feel that it is particularly strange for queer people. Many of us have to leave our gay-mecca cities and return to towns where all the bars are named after small animals. The last LezCab was all about coming home, or out, at Christmas. It was a super festive and delightfully fun show with some singer-songwriters and pop artists thrown into the mix. The case also performed a funny and polished song from Lesbian Love Octagon. I meandered around backstage, caught up with the performers and creepily watched them from the wings. Here is a glimpse behind the scenes at the December LezCab:

Here is a clip of the song “Ubiquitous Ex-Girlfriend” from Lesbian Love Octagon:

This month’s actor experience comes from Maggie Keenan-Bolger. I’ve been working with Maggie on her show The Birds and the Bees Unabridged, which goes up the last week of March. She is a mover and shaker in the theatre world as well as the political scene. I feel that you can tell a lot about a person from their bookshelf and hers is filled with young adult novels, gender studies texts and Sarah Waters novels. I ‘ve had some awesome whiskey-driven conversations with this girl and I’m happy to have her here to share some of her experiences as a queer lady in music theatre. 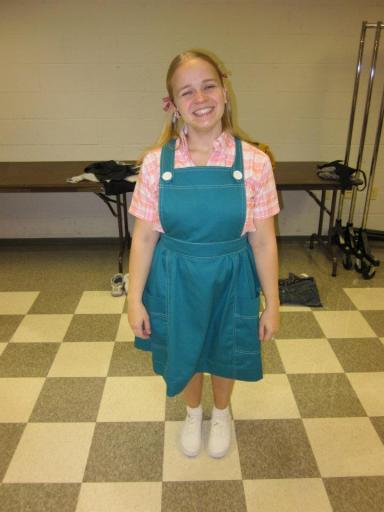 Maggie: Whenever anyone mentions the anomaly of queer women in music theatre, I usually reply with some variation of “Oh, you mean all three of us?” Indeed, having done hundreds of shows from the time I was 5, I have to think pretty darn hard to come up with a time when I wasn’t the only out queer lady in the cast.

Thanks to my unusually small stature, this wasn’t really too much of a problem until I hit college. My usual character age-range ran somewhere between 10-16 so it was unusual that I had to play romantically opposite anyone. But when I got to college, my professors declared that my goal for the upcoming four years was to “learn how to play an adult.” What they should have said was that my goal was actually to “learn how to play heterosexual romantic leads.”

Let’s face it; the roles for women in music theatre are pretty one-dimensional to begin with. Either you’re a pretty voice whose main objective is to support the story of the leading man, or a “quirky” character played mostly for laughs and comedic effect. These are obviously sweeping generalizations and there are some incredibly refreshing exceptions, but overall, this seems to be the trend.

And here’s the thing. I’m really bad at playing “romantic” with anyone. No matter what the gender! In college, it often seemed that no matter what I did, my own awkwardness and feelings about attraction and sexuality overrode any attempts at embodying another person. With boys, I’m so used to doing everything to avoid romantic advances, my characters turn cold and distant. With girls, I got so used to pretending to NOT have crushes on the girls in high school who I liked, as soon as the (albeit, more welcome) advances began I would start hopping around stage like a jackrabbit, terrified, excited and so, SO awkward. Now, I’ve known many a queer woman who can play romance like a pro, alas, I am not one of them. My professors did their best and by the end of my time in undergrad I could pull out “romantic lead” without getting an immediate case of the hives. That said, I missed being able to play characters who I didn’t feel like I was hiding in. Out of college, I soon discovered it was all for naught as miraculously I was still being cast primarily as teenagers in spite of my actual age. I also soon discovered that I could rarely go out for lesbian characters anyways; I was “too femme” to read queer and “too butch” to read hetero. 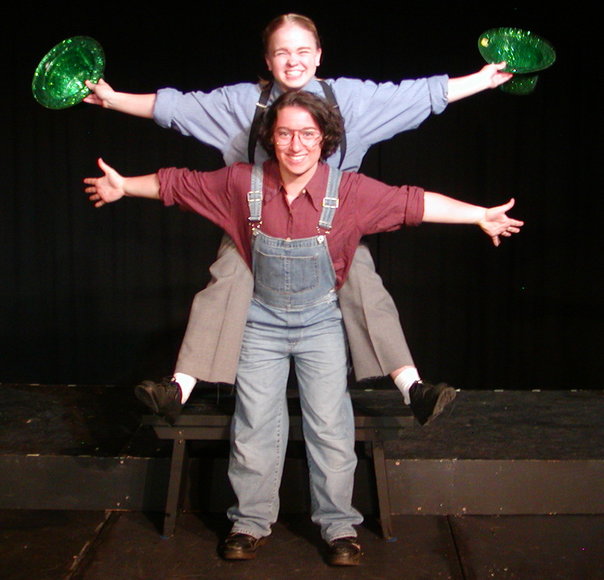 Thankfully, these days I have found a happy medium. I work with women, LGBT groups and young people around the city and we create our own characters. We devise theatre from the ground up, using our own ideas, experiences and opinions to shape the people we’re playing instead of archetypes and assumptions. It doesn’t mean it’s easy work, but at least I no longer feel like a square peg attempting to squeeze into a round hole (there’s a sexual innuendo in there, but I’m going to avoid it for now…). I’m never “too femme, butch, short, fat, blonde…” for any character, because women come in all varieties and I get to represent that instead. Ironically, I’ve been cast far more in traditional theatre since finding my niche creating out-of-the-box characters. It turns out, if you can walk into a casting room, be unapologetic about your long hair, big hips, and propensity to pass as a 16 year old, every now and then people buy into it, and decide you’re just right the way you are.

There is a certain level of ostracism that happens when you realize you are different from most of your peers, and it’s not that that can’t be played at by straight actors, it just feels even more gratifying when the actors of the characters you fall in love with have or are looking for female partners. It’s sort of like the girls obsessed with Mr. Bieber; he will not date many, if not any, of the girls who are obsessed with him, but there is that hope. They are in love with an image, but the image is based on truth.

My friend is astounded that I have read every lesbian novel and know every lesbian character on television. I feel that those two things are related, so is the fact that it is newsworthy that Sarah Paulson, a real live queer woman, is playing a queer character on television. All of these things are intertwined because it can feel isolating or lonely to notice that one is different or that one is not represented in the media the same way that others are. I read every young adult lesbian novel in the library because I wanted to see that maybe there were other girls feeling the way I did. I want to see that there are other actors out there that have dealt similar issues or maybe just want to sleep with other girls. In that search for love, there is a need to see that there is possibility and that either those girls that are like you have found love or that they might be looking for you.

Hope to see you on Sunday for the next LezCab! Here is a picture of all the beautiful ladies who will be featured. 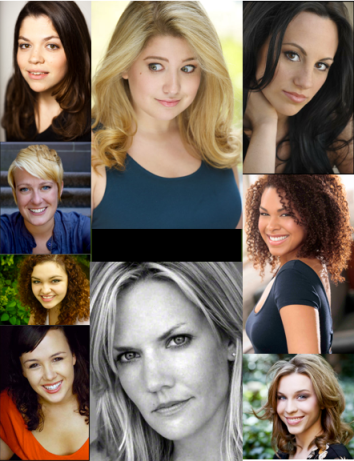 You can make reservations for the January 20th LezCab here.