When I first hopped on a zoom call with Leah Johnson, I didn’t know what to expect.

I’d devoured her breakout hit You Should See Me in a Crown (as of this week, now available on paperback) in the fall, immediately falling in love with the teen rom-com and promptly yelling the house down to scream its praises to anyone that would listen. On it’s face, the premise of Crown is light: A Black queer teen girl living in Indiana, Liz Lightly, runs for Prom Queen in hopes of winning the accompanying college scholarship. Along the way Liz encounters all the iconic hallmarks of a teen comedy; she has great adventures with her best friends, she falls in love, she beats the mean girl, and she ultimately learns to cherish her herself most of all. But in practice, reading You Should See Me in a Crown as an adult was profoundly healing — words that I imagine doesn’t often get used in relationship to “teen” and “rom-com.”

As queer adults, and I think, especially as queer Black women, we so often never got to experience that as children. We weren’t allowed the permission to experience big, sweeping rambunctious hormonal high school adventures where we are our own heroes and get to kiss the girl. Leah Johnson was not fucking around. I was terrified to meet her. I also couldn’t wait.

Leah showed up to our call in a bright orange t-shirt spouting an Angela Davis quote on the front and her infamous raised fist on the back (definitely not the first thing I assume someone thinks of when they hear “YA author”), along with a life-size Starbucks in hand (ok… maaaybe that one tracks). She sat in front a magnificent collection of books covering corner-to-corner of the screen.

Even within our first seconds of meeting each other and awkward speaking-over-each-other Hellos, the unexpected complexity that’s already become the calling card of her writing was perfectly encapsulated by her own image — Angela Davis, Starbucks, books. “I think a lot of people believe young adult literature, but specifically young adult rom-coms, to be inherently frivolous. And I think that one, obviously that’s rooted in misogyny and also in a hatred of teen girlhood. But also I am not interested in subscribing to any of these ideas about the limitations of a love story. No, this is a playground for liberation. Y’all not hearing me!! I’m trying to explain to you that when we tell young Black girls what they’re capable of, when we allow them to feel seen and heard and cared for, what does that do to their mind??”

It’s electrifying to watch her trade references between John Hughes Brat Pack movies and Ta-Nehisi Coates with the ease I’d have rattling off Beyoncé albums in reverse order (and I got the feeling that if I had asked, Leah could’ve done that, too). Even when I didn’t immediately know the names of every person she discussed, I found myself enraptured, eagerly nodding along, my mind sparking as she took sips of Starbucks between long breaths, “Y’all have really limited ideas of what this work is capable of… shout out to Dr. Rudine Sims Bishop, y’all not able to look through the windows and the doors, you know what I’m saying? You’re hitting a wall. I’m just as interested in blowing the door off the hinges. I don’t even want doors anymore.” 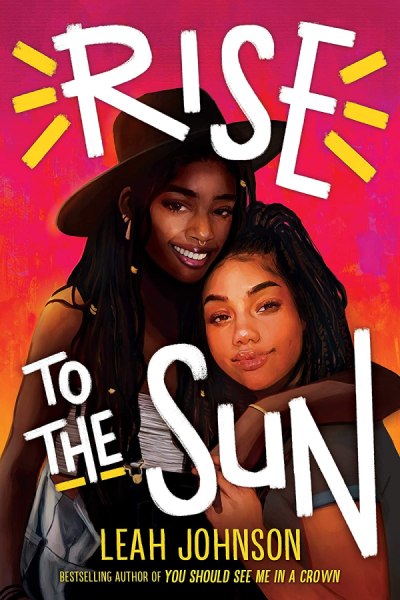 If we’re going to talk about blowing the door off the hinges, then it’s time to talk about Leah Johnson’s next YA novel, Rise to the Sun (coming out on July 6th, and we have an exclusive excerpt for you to read on Autostraddle right now).

The follow up to Crown isn’t a direct sequel, though both books take place within the same broader universe. In it, two Black teens, Olivia (“a messy, chaotic, bisexual disaster. She’s all over the place, but I love her. She’s one of my favorite characters I’ve ever had the opportunity to write because it’s in that complexity that we finally dig deeper into these ideas about what it means to be a young, queer Black girl”) and Toni, a handsome, stoic musician reeling the loss of her father and at the crossroads of her future, fall into a weekend of romance, vulnerability, and adventure while at a music festival during the waning days of summer.

And much like You Should See Me in a Crown, Rise to the Sun is deceptive in its first look simplicity. Admittedly Rise is thematically darker, though no less full of joy. I’d still easily recommend it as your queer porch read of choice for the summer and feel confident you wouldn’t have any regrets in that good choice you are about to make. I found Rise to the Sun to dig deep into my bones, and I couldn’t as point to what made difficult to shake off. Much like You Should See Me in a Crown, I walked away feeling like the characters had made themselves a part of me. In truth, at least some of that is because there are heartbreakingly few books starring Black queer women protagonists to begin with, let alone with the richness and dedication to their joy and possibility that Leah Johnson has provided in her work. But it was in talking to Leah that I realized why Rise was impossible to let go:

“When I wrote Rise to the Sun — mind you — I wrote, revised and did all this over the course of the pandemic. The entire book was made in 2020. My first book (Crown) came out a week after George Floyd had been murdered. And so, I was thinking a lot about Black joy, what it means to be free truly, and also questioning my decisions to write Blackness as it exists in relation to whiteness. In Rise to the Sun, I wanted to eliminate whiteness. They’re at a music festival, which is arguably one of the whitest spaces in the world, but I didn’t want to talk about white people. I’m not interested in talking about them anymore. I want to talk about Black girls. I want to talk about Black love.” 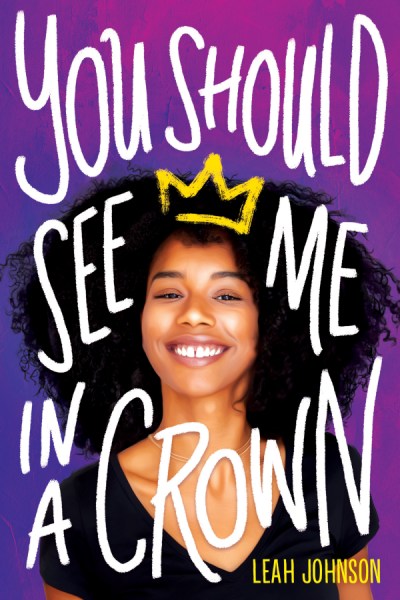 I don’t know a Black creator, hell a Black person, who hasn’t had a some form of a seismic shift over this past long ass year of our collective lives, so it’s not surprising that Leah Johnson was interested in exploring what it means to be a Black girl divorced from the realities of whiteness. It also doesn’t mean that she takes any less jubilation in the characters she already wrote in Crown, many of whom were white, and which centered on an interracial queer romance (though she’s rightly insulted with the honestly, pretty racist, critics who have taken it upon themselves to uphold Crown as proof that queer media needs a white protagonist in order to be successful within the community — and yes, to my gasping horror during our conversation, those people exist. People really will say anything). Liz Lightly is a Black girl who lives in a small town in Indiana, and her story is her own — but it’s the story of Olivia or Toni. That’s the point.

“It was important to me to double down on what I’m trying to do in all my books, which is that it is possible to be Black and queer and whole, and have that Black queer wholeness separate entirely from whiteness.… I want young Black girls to know it’s possible to fall in love with other Black people and you should. We’re taught to be ashamed of these things that represent our Blackness in ourselves. It’s really important to me to make Black girls desirable, not only to each other, but to ourselves.” It’s something that I’ve also talked about in my own writing multiple times on this site, the rarity of having Black queer women’s stories focused on our own lives, reflecting back to us that we are enough to love — just on our own. But to take that conversation and then move it back into Black girlhood? That’s how we mend wounds. That’s how we make sure there aren’t wounds to begin with.

And in creating her own constellation of Black queer girls, Leah is quite literally changing the face of YA (she also just sold her debut middle-grade series, described as “a superhero origin story in the tone of the Baby-Sitters Club” to freaking Disney — and yes it also stars a Black queer girl coming-of-age. And yes, I’m already ridiculously excited). She’s also changing the narrative of precisely how our stories are told, specifically the narrow assumption that there’s only one Black story to tell in the first place, “I think people have already such limited imaginations about what it means to be Black, what it means to be queer, what it means to be femme, any of the above. I want to upset the the preconceived ideas that people have already established about who we are. I want to complicate them further with every book.”

I wasn’t even halfway through our interview when I knew what I wanted to title this feature. I was a nerdy Black girl who grew up to be a Black woman who takes comfort in books. Who built her apartment to be full of them. I don’t throw around words like “Toni” or “Morrison” lightly. But then I sat there, watching the seriousness and dexterity with which Leah Johnson moved as she approached her craft. I watched her talk about writing books about young Black girls, about Black queer joy and romance, about purposefully setting those books within the a genre most known for tropes and sleepover movies and instead, in those corners and crevices, finding deliverance. There’s simply no other comparison.

Rise to the Sun, Leah Johnson’s sophomore novel, is currently available for pre-order in advance of its release on July 6, 2021. Johnson’s award-winning debut novel, You Should See Me in a Crown, was also released in paperback this very week! We also have an exclusive excerpt of Rise to the Sun that you can be reading right now.