GAGA: Our heads exploded when Lady Gaga and Madonna did a skit together on Saturday Night Live. Not just because two of our favorite pro-sex feminist warrior pop star fashion icon biblically-provacative dance fever performance art queens were on the screen at the same time, and it was late and we were probably drunk, but because have you ever seen Lady Gaga be so just — very simply good? Not that SNL is Macbeth or anything, but it’s incredibly apparent that the voice Lady Gaga uses to be “Lady Gaga the character” in interviews and performances isn’t even her actual voice, but rather her affected “pop star voice.” Really, it’s like OBVS, ’cause she is capable of just about anything … but also like … OMG!

And here’s her performance of “Paparazzi”: 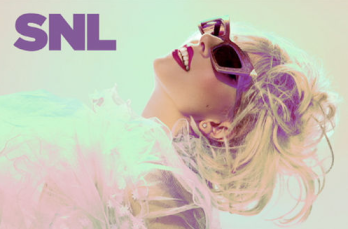 TRUTH: Seriously, ten people sent me this article yesterday: The High Costs of Being a Same-Sex Couple For years, we’ve heard from gay couples about all the extra health, legal and other costs they bear. So we set out to determine what they were and to come up with a round number — a couple’s lifetime cost of being gay. (@nytimes)

#AMAZONWIN: Children’s Book At Top of US Banned Books List Races up Amazon Charts: “Its denigrators will be kicking themselves: a children’s book about two male penguins who raise an orphaned chick has shot up Amazon’s bestseller charts after it was named as the title which people have tried hardest to ban in the US.” (@guardian)

MENARCHE: Menstrual Acitivists Make Period Public: It seems that menstrual activism (otherwise known as radical menstruation, menstrual anarchy, or menarchy) is having a moment. The term is used to describe a whole range of actions, not all considered political by the person involved: simple efforts to speak openly about periods, radical affronts to negative attitudes and campaigns for more environmentally friendly sanitary products. Jezebel also did titled 10 Days In the Life of a Tampon which I don’t think needs a description. (@jezebel)

SPICE GIRLS: Here are [Bilerico Blogger Alex Blaze’s] top 10 favorite Spice Girls songs, post-Spice Girls. I [Intern Elizabeth: I was never into the Spice Girls, but I know they were responsible for the gayification of many girls younger than myself.]