SARAH PALIN: So many Sarah Palin fans coming out to bookstores and so little time! This particular media adventure from the New Left Media is especially interesting because you get to see what happens when fans and supporters try to regurgitate the abstractions they’ve been fed. I don’t mean that in a spiteful way towards the supporters, they’re just doing what their leader has told them. But this is a very dangerous leader to follow, and perhaps the answers given below are our strongest indicators thus far of an entire nation guided by Palinisms — which is exactly what many conservatives want for 2012. WATCH OUT M*THERF*CKERS!

The bookstore they visit is in Columbus, Ohio. I have family there! And also, it’s 18% gay. SERIOUSLY.

LIBERAL: The Comedy Central went to a New York City bookstore to find Sarah Palin fans. Instead they found a cashier who said Borders only ordered eight copies, and a bunch of liberal elites with amazing responses to John Oliver’s attempts to figure out which character they dressed up as:

EXPORTING HATE: A new report from Political Research Associates links certain US religious groups to a resurgence of anti-gay values in certain African countries: Uganda, Nigeria, and Kenya. Conservative evangelicals have been immensely successful in depicting the movement for gay equality as the neocolonialist agenda of an arrogant, imperial West that seeks to undermine African values. In Africa, churches have been pressured to sever ties with mainline funders in exchange for conservative support, and have become recipients of a more fiercely anti-gay message than the US Christian right delivers at home.

The report also found that this isn’t a one-way street. Conservative African leaders are now influencing worldwide religious groups and keeping them from moving toward the center.

A lot of things about this article terrify me. Mainly that the message in Africa is even worse than here, and that this article calls Rick Warren a more “respectable” figure. (@religiondispatch) 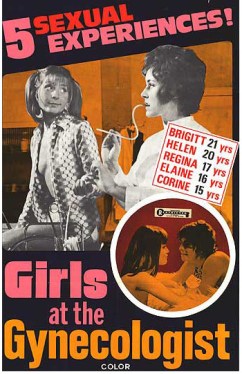 HEALTH: LGBTs are less healthy than strais and would be less sickly if they had stuff like equal rights and less social stigmas. Bisexuals and transgender people have more health problems, probs ’cause they are so misunderstood! Among other reasons. And clearly equality would help same-sex couples’s overall health b/c of health insurance benefits. Also lesbians are afraid of the gynecologist. (@lezgetreal)

RIVALRIES: Buzz Feed has compiled a list of the Top 6 Girl-on-Girl Rivalries In History, though only one of the rivalries is from before 1990. There must be some other legit rivalries in history, right? Still, I’m not going to turn down an article with photos of Blake Lively and Angelina. Also, they really should’ve used Natalie Portman and ScarJo to illustrate the Boleyn Girls. We all know that’s what they were thinking anyway. (@buzzfeed)

OUTING: There’s a new website calling ChurchOuting.com that plans to identify gay priests in an attempt to save LGBT youth from the hypocrisy of priests in the Archdiocese of Washington. Um, someone call Alice Pieszecki. She probs has some insight on outing etiquette.

MORAL LIVING: The New York Times recently argued that vegetarianism does not a ethically-aware life make. More than just a dietary modification, changing one’s lifestyle to be truly principled is a difficult task in today’s society, where we are misinformed and misled about the products we purchase and consume. So what does one wishing to lead a well-informed life do? That’s where Jezebel comes in. (@jezebel)

ATHLETICS: “Confidence. Strength. Beauty.” That’s what the revamped Web site for the Florida State University’s women’s basketball team reads. The team’s new image was unveiled to make women’s college sports more attractive. This is part of what has been recognized as a larger movement to sexualize women’s basketball and dissociate women’s sports from lesbianism. In response, we lesbians are reclaiming Cheryl Swoops. (@carnal nation)