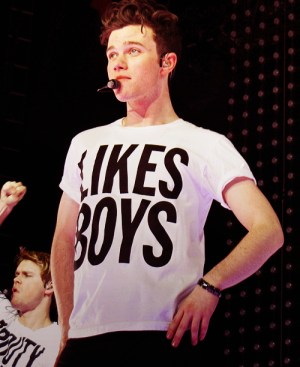 Allison McCracken’s Antenna piece entitled Kurt and the Casting Couch looks at Glee’s portrayal of Kurt as an object of non-sexual desire to women (in the confines of the show re: West Side Story) vs. actual reality where girls scream at J.Timberlake proportions when sharing the same space with Chris Colfer IRL. While the show turned Kurt’s desire to play Tony into a joke as a result of his “femininity,” McCracken reminds us that Colfer remains the only Glee cast member with a full time bodyguard and points out the contradictory nature of the casting storyline (in “I Am Unicorn“) as we have seen Kurt become more sexualized over the last two seasons with evolutions in wardrobe, hair and comfort as  sexual being.

While at performance of the Off Broadway Macbeth meets Eyes Wide Shut theatre experience Sleep No More, Pink jumped on stage – wine glass in hand – surprising the audience and cast with an impromptu performance of the jazz classic “Summertime!”

Sleep No More is an indoor promenade performance lasting up to three hours. After admission, patrons embark upon an individual journey and may stay inside the performance for as long as they wish until it ends after which they are welcome to stay on at the bar. If you are in NYC you MUST check it out. 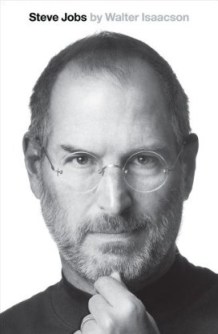 His biography is out today and revisits his first experience meeting a gay man, back in 1974 while working for Atari. In the paragraphs transcribed by Towleroad, the author speaks with Ron Wayne, the man who confided in Jobs and recounts his coming out conversation:

Not all of his coworkers shunned Jobs. He became friends with Ron Wayne, a draftsman at Atari, who had earlier started a company that built slot machines. It subsequently failed, but Jobs became fascinated with the idea that it was possible to start your own company. “Ron was an amazing guy,” said Jobs. “He started companies. I had never met anybody like that.” He proposed to Wayne that they go into business together; Jobs said he could borrow $50,000, and they could design and market a slot machine. But Wayne had already been burned in business, so he declined. “I said that was the quickest way to lose $50,000,” Wayne recalled, “but I admired the fact that he had a burning drive to start his own business.”

One weekend Jobs was visiting Wayne at his apartment, engaging as they often did in philosophical discussions, when Wayne said that there was something he needed to tell him. “Yeah, I think I know what it is,” Jobs replied. “I think you like men.” Wayne said yes. “It was my first encounter with someone who I knew was gay,” Jobs recalled. “He planted the right perspective of it for me.” Jobs grilled him: “When you see a beautiful woman, what do you feel?” Wayne replied, “It’s like when you look at a beautiful horse. You can appreciate it, but you don’t want to sleep with it. You appreciate beauty for what it is.” Wayne said that it is a testament to Jobs that he felt like revealing this to him. “Nobody at Atari knew, and I could count on my toes and fingers the number of people I told in my whole life. But I guess it just felt right to tell him, that he would understand, and it didn’t have any effect on our relationship.”

It’s always a good sign when your new girlfriend’s father is talking to the Enquirer. You might remember the story of how Rosie met her new girlfriend at Starbucks. Well, her Papa Rounds didn’t get the memo to hang up on the Enquirer when they start calling for dirt:

“It totally hit us out of left field. We only found about Michelle liking girls when all this came out about them a few weeks ago. It’s been hard to take. This has been a painful experience for me and my wife. We’d always held out hope that Michelle would eventually find a nice guy to marry, settle down and have kids. And now this, it’s pretty shocking stuff for us to digest.”

Homegirl’s new album is finally out today! If you’ve already purchased off iTunes I’d love to hear your thoughts on the new material in the comments. Meanwhile, she gorgeously covers Carrie Underwood‘s “I Know You Won’t” at her 500 capacity intimate Troubadour show last week and sings Adam Lambert’s praises in a new interview.