Guys, what is even happening with Kristen Stewart?!?!

Yesterday, celebrated actress, director and clandestine glove lunch enthusiast Jodie Foster was awarded a star on the legendary Hollywood Walk of Fame, and her former Panic Room costar Kristen Stewart was there to cheer her on. She even made a speech celebrating her mentor, who also started her career as a child actress and went on to pursue more serious projects.

“Of all the examples that I could have had at such an impressionable age, there’s nothing self-serving about her,” Stewart said. “She cares about people, she is quite the opposite of the type of person that is gravitated towards being an actress… She’s always encompassed what I thought was sort of the prime example of where you want to be and she’s been there for me.. She’s a baller on every level. It’s out of control. She did everything young. She kicked Yale’s ass. She won Oscars. She became a filmmaker herself. She created a family and still is just normal and cool and kind.” 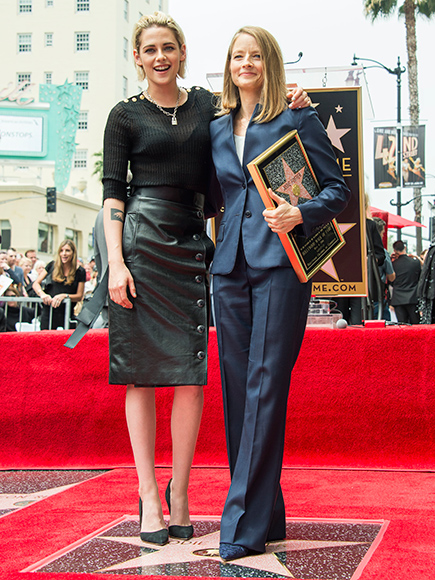 At press time, Jodie Foster doppelganger and queer enthusiast Taylor Hatmaker could not be reached for comment. (image via Valerie Macon/AFP/Getty)

Kristen also super-casually mentioned that Jodie hired a mariachi band to play at her 11th birthday, which is a dream I did not know I even had.

Later, photos surfaced on Twitter of Stewart attending what appears to be a friend’s birthday party.. with someone who is almost definitely her beanied ex girlfriend Alicia Cargile.. at what could theoretically be the patio of the Abbey in West Hollywood on ladies’ night (maybe?). Some kind of bar patio filled with a gaggle of Los Angeles gay ladies. Some kind of very gay tree. 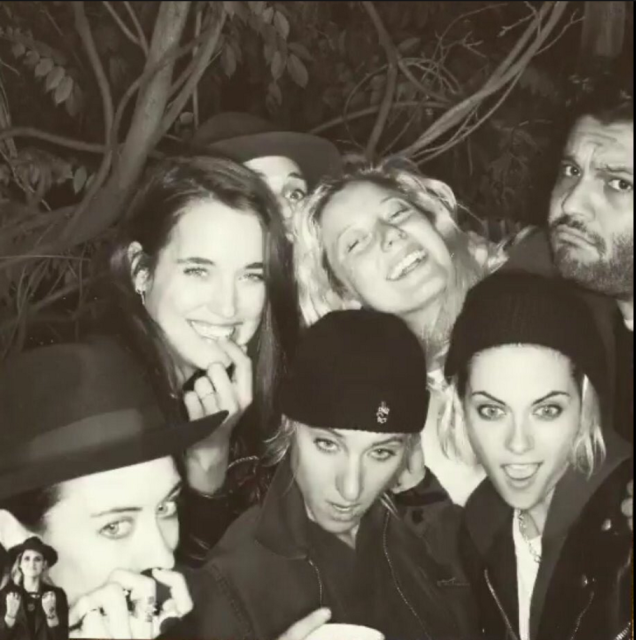 Rumored ex-girlfriend Soko is currently in Cannes, Snapchatting herself partying with friends. Ms. Stewart was spotted leaving the Met Gala earlier this week with Miley Cyrus’ ex girlfriend Stella Maxwell. It seems that Kristen appears to be living in some kind of lesbian Los Angeles dreamscape. Do you recognize this tree? Who are these people? What even is reality anymore? 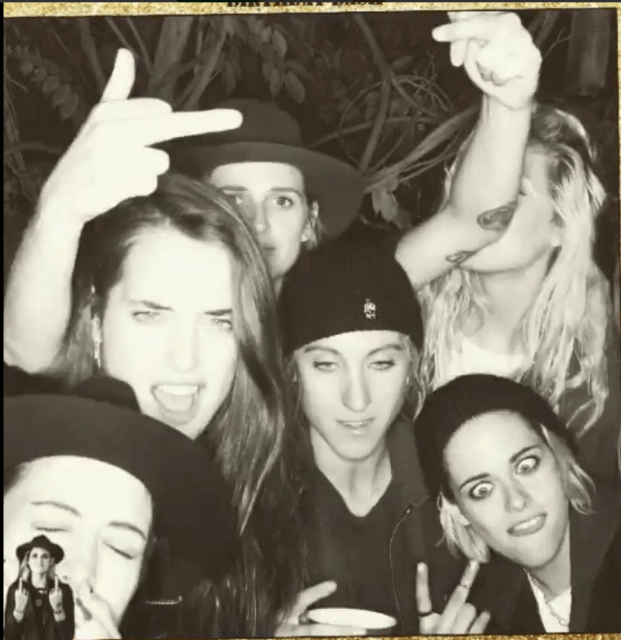 The top of the photo says “BIRTHDAY BASH,” don’t ask me how I figured that out cos I don’t know either.