Bestselling author of The Incendiaries, R.O. Kwon, came out as bisexual on Twitter today, setting off a chain-reaction of heart-emoji-filled retweets and replies from two highly underrepresented groups: queer Asian-Americans and bisexual women.

Like me, Kwon was born in South Korea and has lived primarily in the United States. Her writing has appeared in The Guardian, Vice, BuzzFeed, Noon, Time, Playboy, and other publications. Probably my very favorite piece of writing that Kwon has published on the internet is the essay she wrote for The Cut on why she wears her “signature eyeshadow” look, a centimeter-thick strip of black shadow lining her lower lid. 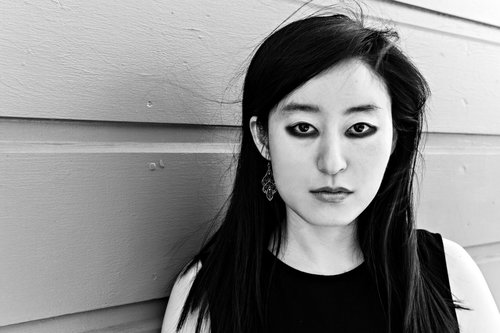 Kwon is best known for her debut novel, which came out in July 2018 and shot up the national bestseller lists: The Incendiaries, a piece of literary fiction about two college students who are drawn into a religious cult that leads them to commit an act of terrorism. The New York Times Book Review called it “a dark, absorbing story of how first love can be as intoxicating and dangerous as religious fundamentalism.” The inspiration comes from Kwon’s personal history of being a self-described “Jesus freak” who lost her connection to the fanatic Christianity of her childhood and had to grapple with the pain of losing faith.

As Kwon reflects on her own life in her writing, it’s powerful to reflect on what it means for a prominent Korean-American figure to come out publicly. Korea is still a deeply homophobic country, where laws and social mores prohibit many queer Koreans from coming out. The current President of South Korea, Moon Jae-in, is a progressive Democrat who opposes gay marriage and openly admits he is “opposed to homosexuality.” Needless to say, there are very few queer Korean role models to look up to. Even in America, you can count the number of famous, out Koreans on one hand.

Kwon coming out publicly as bisexual is both brave and deeply resonant. It appears Kwon is individually replying to each person who replies to her coming out tweet. The responses from bisexual women in relationships that make their sexual orientation invisible are moving. The responses from fellow Asian and Korean bisexual people feel like a revolutionary unveiling. As Kwon wrote in her tweet, “…hi, we’re here.”

Congratulations, R.O. Kwon! Thank you for your brilliant writing, your earnest voice, and for choosing to be visible as a bisexual Asian-American icon. I’ll leave you with some words from that essay about her eyeshadow look (which you should read, it’s amazing) and which really sum up this badass bisexual babe. 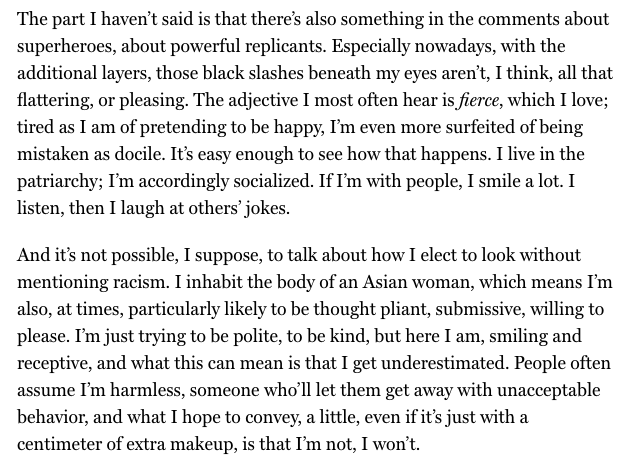 Kwon is currently on her book tour, maybe coming to a city near you!