When I was 25 and on the verge of taking a good hard look at my supposed straightness — something I’d spent two decades very deliberately not doing — I started dreaming about having sex with women. They were never the same, the women. They were characters from TV shows and movies, longtime favorites from my most-read books, girls I’d been best friends with over the years. But one thing never changed: There was always a predator cat present, even for just very light canoodling. The cat never attacked. Sometimes it just stood nearby; sometimes it perched on a tree branch, tail casually flicking back and forth; sometimes it circled us. There were mountain lions, cougars, jaguars, tigers. Always there, always watching. And every time I woke up, I was both terrified and thrilled. I’d nearly died, hadn’t I? I’d come close to being mauled to death by a cheetah! But I’d survived! No wonder I could barely catch my breath. No wonder my heart was whiz-bang-clanging around inside my chest like a firecracker in a jar.

I dreamed and dreamed of women and tigers — and then one night, there were no women. But there was a cat. A black panther, the ghost of the forest: blazing amber eyes and ivory stakes for teeth. He leapt from his perch when I walked into a clearing and I could see every muscle in his body flexing as he prowled toward me. He crossed the invisible barrier all the other cats had stayed outside, he walked directly up to me — and then he tilted his massive head to the side and rubbed it against my hand. He nuzzled my face with his face. He purred. He booped my nose. 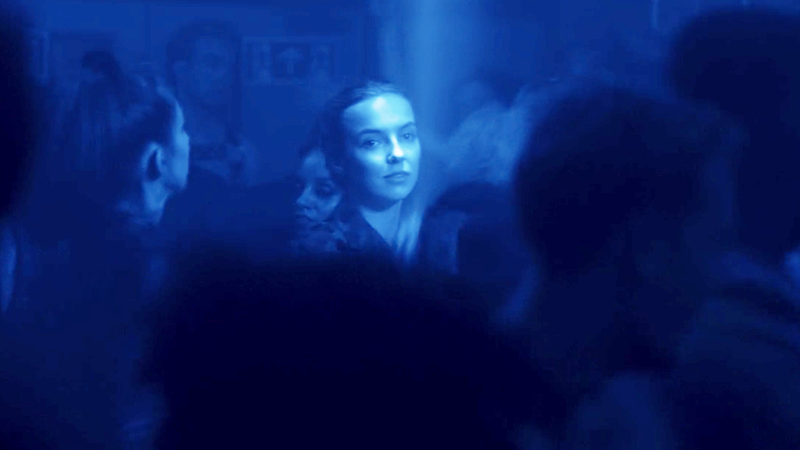 I had forgotten about the big cat dreams of my mid-20s, until I started watching Killing Eve.

In an early episode of the first season, before Eve and Villanelle ever knowingly lay eyes on each other, Villanelle lures Eve’s partner, Bill, into a crowded club in Berlin. With the music and bodies thumping, Villanelle weaves her way further into the crowd, Bill following as the dancers part and then close in behind him. Once they’re deep enough into the noise, Villanelle turns. She makes eye contact with him. She smiles. And then stalks back through the sweaty scrum, grabbing him before he realizes what’s happening, stab-stab-stab-stabing him in the chest. She leaves his bleeding body surfing the smokey neon chaos.

What follows is four seasons of Eve and Villanelle hunting each other all over the world, through the idyllic English countryside, into the belly of Rome, back and forth between the bustling streets of Paris and Barcelona, into the mist of Aberdeen, on buses and in cars and on trains and by foot, and in each other’s apartments too, in each other’s beds. Villanelle is a world-class assassin and Eve is — well, she’s an MI5 agent, an MI6 agent, a line cook, an hobby-journalist, a private security agent. Eve has friends, and then she has no friends. Eve has a house, and then she has no house. Eve has a husband, and then she has no husband. She loses jobs like kids lose teeth: frequent and bleeding.

“Why are you two so interested in each other?” MI6 boss Carolyn Martens asks.

“What is it about her?” Villanelle’s handler, Konstantin, worries.

“What is the deal with you and Villanelle?” Eve’s co-worker Hugo wonders over late night fried chicken.

Eve tells herself and everyone around her what I told my therapist: That the threat of dying makes her feel alive. But the truth — for me and for Eve — is that the danger isn’t the predator cat at all. The danger is the desire. 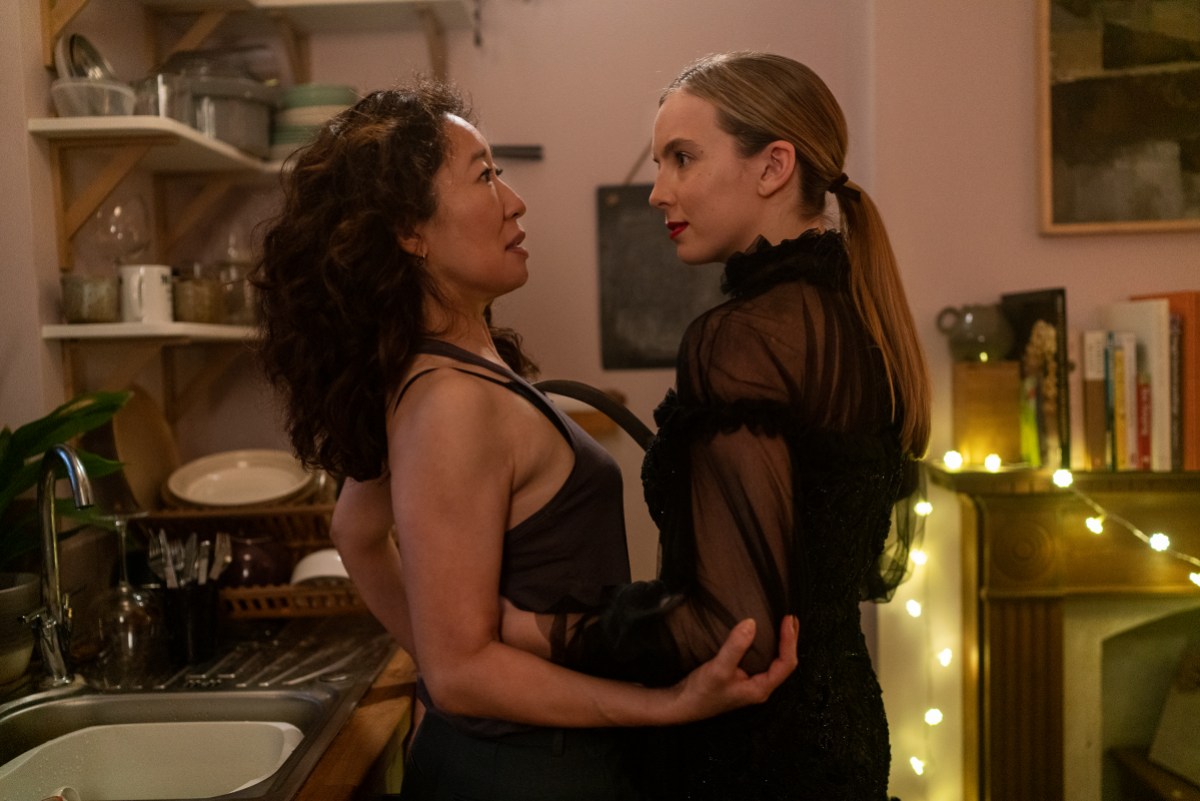 Eve wants Villanelle. Long before Eve knows it, long before the show is even really sure if it’s true, Eve wants Villanelle. She wants to watch her and be watched by her. She wants to know her and be known by her. She wants to stab her and be stabbed by her, and yeah, that’s a penetration metaphor that she plays out literally. Villanelle knows it and so does Eve’s husband, Niko, who comes out of his frame when Villanelle shows up at his job and says to him, all soft and sultry: “Eve and I are friends. Well. More than friends, actually… didn’t she tell you? She came to my apartment in Paris. She laid down next to me in my bed. She stuck a knife in me.” When Eve has sex with Niko, she’s thinking of Villanelle, and the (funeral) flowers she sent Eve to announce her imminent arrival at Eve’s house. When Eve has sex with her co-worker, Hugo, Villanelle is breathing heavy in Eve’s earpiece from a hotel a few blocks away.

I didn’t start watching Killing Eve until after the third season had ended, but I was aware of, and even involved in, so many conversations about whether or not the show was Actually Gay. It seems like everyone I know, everyone I follow, was asking themselves the same thing everyone on the show was asking Eve and Villanelle. Are you in a relationship?

“Define relationship,” Eve says, when confronted plainly with the question.

Because neither Eve nor Killing Eve are interested in flattening queerness into an identity marker. Both the character and the show are driven by something more raw, more visceral, something that defies restraint or even definition — which is especially delicious when you consider that queerness, as an identity, was created as a strategy of containment.

In Focault’s The History of Sexuality, he marvels at the fact that “the homosexual” had become “a species,” that by the mid-1900s, “perverse” sexual desires had taken the form of a medically diagnosable identity, that the private world of queer pleasure had become part of public conversation and political consumption. He pokes around at a lot of ideas about why, and ultimately decides it’s because 19th century capitalism needed a sexual identity that was “economically useful and politically conservative” — so it had to create the opposite of that. It had to make a corporeal monster out of queer desire, an other, to give its preferred identity something to stand against.

Aside from the murdering children part, Robertson’s warning could be a footnote in Focault’s writings on sexuality. Or the tagline of Killing Eve. 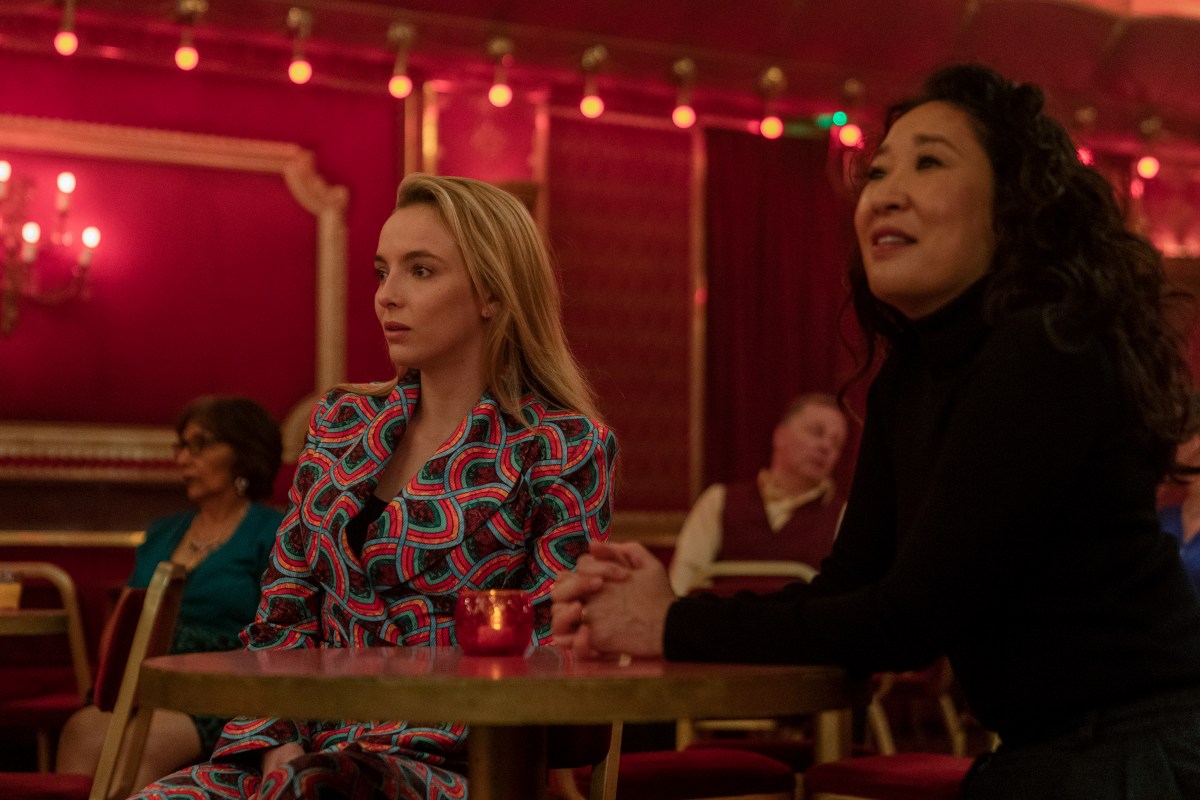 That’s what makes conversations about whether or not Killing Eve is gay so bizarre to me. I don’t think there’s ever been a show that gets at the complete unraveling of queer desire quite like it. Nothing is quite as scary — to both men and The Man — as women’s desire. Especially when women desire other women. And so, everywhere women turn, that desire is policed, denied, shamed, restrained. Being gay isn’t the opposite of being straight. Being gay is clawing at the walls and tearing down the constraints of heterosexual norms. It’s stepping outside that “economically useful and politically conservative” identity capitalism and politicians and religious leaders have foisted upon us. It’s not caring if — or even hoping that — those norms explode and burn the whole thing down.

Gay identity markers are important, of course. They’re important in the fight for civil rights and they’re important in the pursuit of self-understanding and community camaraderie. But they’re not the endpoint of queerness. In fact, there is no endpoint to queerness. Its existence is constantly evolving and endlessly destabilizing. Representation does matter; we’re always going to need LGBTQ+ characters that can simply be counted. But we deserve more than that too. We deserve to see our dangerous dreamscapes laid bare, to see our predator cats take the form of a queer female assassin, to consume stories that leave our parents scratching their heads or cowering in fear because Pat Robertson did warn them, after all.

With four episodes to go, lesbian baddie Hélène says to Eve about Villanelle, “This is what you want.”

Eve slides closer, slowly, deliberately; grabs Hélène‘s face; kisses her. With her eyes wide open, she whispers, “You have no idea.”

Hélène does though. And so does Villanelle. And so do we. Like me and my heart-hammering panther dreams, the only person Eve was ever fooling was herself.