When a show has a first season as airtight as one like Killing Eve’s, there’s always the lingering fear of a sophomore slump. Will it be able to replicate its strengths without becoming redundant? Will it continue to delight and surprise and evolve? Especially when it comes to a show with a thriller hook, it’s hard to keep the story going in cogent, organic ways. But the first two episodes of Killing Eve’s second season, while not necessarily providing definitive answers to those questions, suggest that the show is indeed on track for a stellar new chapter. Eve and Villanelle and their complicated, dangerous, seductive, vulnerable connection are in very capable hands with Emerald Fennell, who has stepped in as head writer and showrunner in place of creator Phoebe Waller-Bridge.

The premiere largely deals with fallout from the finale, starting no more than 30 seconds after Eve stabbed Villanelle — the stabbing that birthed a million fan fictions. Over the course of the premiere, Eve and Villanelle emotionally, psychologically, and physically process the trauma of their face-to-face encounter. In the hospital for her injuries, Villanelle is sharp and conniving as ever but also nowhere near the top of her game (in the second episode, in fact, she fights much slower and sloppier than usual, a rare display of action realism that I always enjoy). She’s desperate, a feral cat who’s used to being a jaguar. 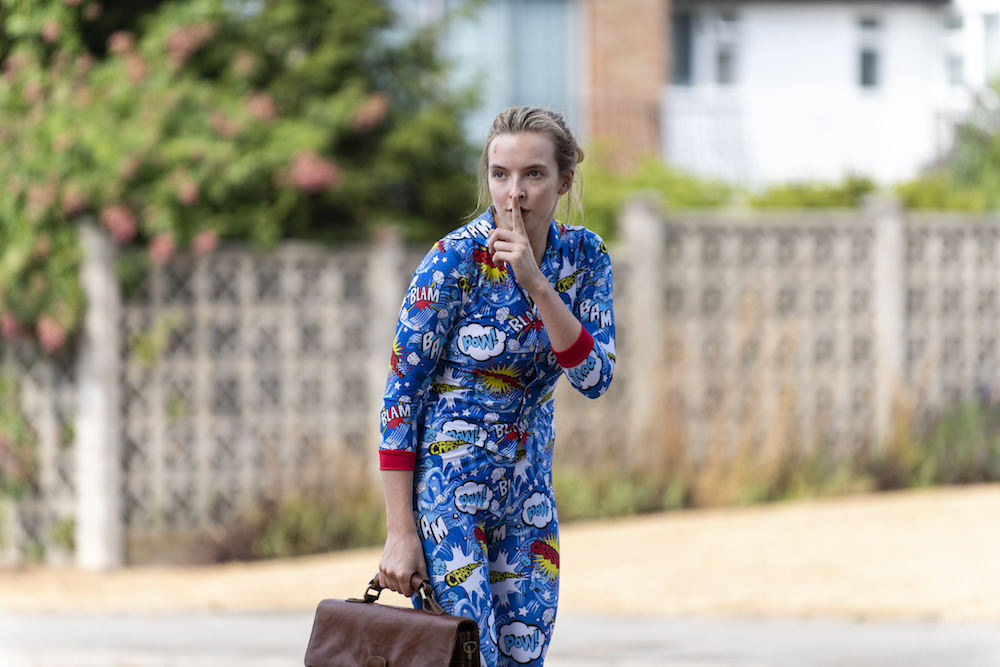 The premiere starkly reminds us that Villanelle is a weirdo, sure, but she’s also terrifying, able to snap a boy’s neck and lie to a fragile wife without hesitation. She can make us laugh, but she’s also a stone-cold killer. That dissonance is at the core of Killing Eve, building on the intricacy of the Villanelle/Eve dynamic, which at this point can hardly be defined as just a cat-and-mouse chase. Jodie Comer so brilliantly embodies these poles of Villanelle to the extent that it’s impossible to imagine anyone else in this role.

Eve, meanwhile, is losing her damn mind. She has never done anything like stabbing another human before, and it shows. She has no idea how to process what has happened, and she spins out wildly. Sandra Oh manically chopping to carrots to “Kids in America” is… a sight to behold. Oh is magnetic throughout, particularly adept at portraying a woman in disarray.

And yes, in case you were worried, these women are still thoroughly obsessed with one another. Perhaps Eve’s knife puncturing Villanelle’s side actually intensified the invisible threads that keep them tethered to one another. Their relationship brims with missed connections, intense highs and lows, narcissism on both ends. It is, without a doubt, one of my favorite toxic relationships on television. “I need to go visit my girlfriend in London,” Villanelle says matter of factly. She explains that her girlfriend stabbed her. “She did it to show how much she cared about me,” she says. “Sometimes when you love someone, you will do crazy things.” You can tell Villanelle believes this. She’s not afraid of Eve. She’s as fascinated as Eve is with her. It’s a mutual, poisonous, ruining obsession that is undoing them both. Villanelle reckons she knows Eve better than anyone, better than Eve even knows herself, and she’s probably right. 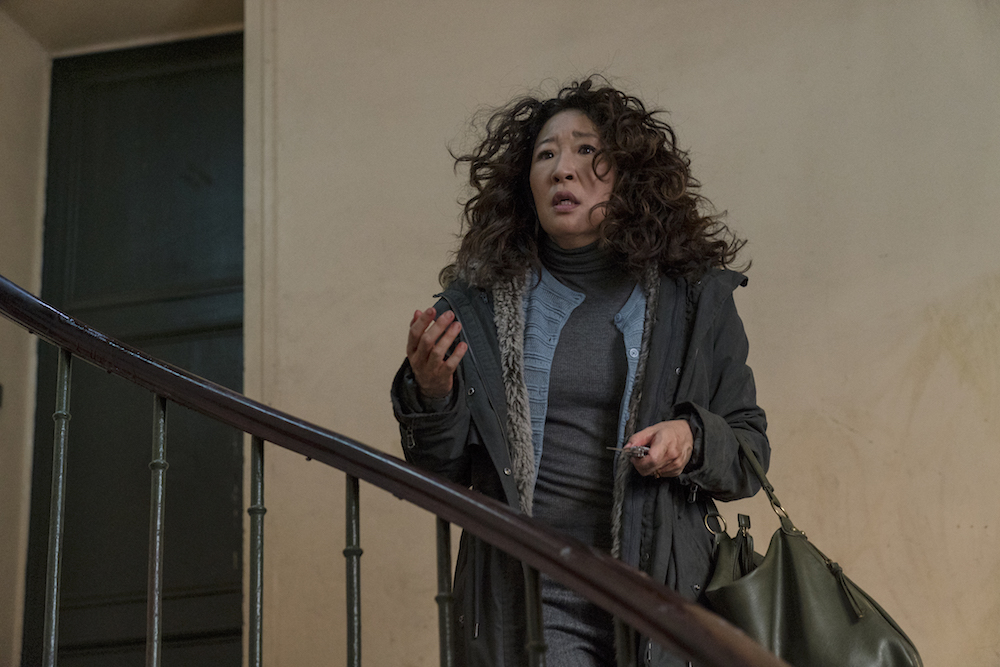 “Why are you and Villanelle so interested in each other?” Carolyn asks. It’s meant to be a rhetorical, and in a way, it’s unanswerable. Villanelle and Eve’s connection is slippery, and neither of them really expected the stabbing at the end of last season, which has thrown them into even deeper urgency but also deeper intimacy.

In addition to the gay tension, Killing Eve season two also importantly invigorates the plot by introducing a twist that opens up its whole universe in an exciting way. I won’t spoil it too much, but it’s good, a smart development that gives the show plenty of fuel and also potentially complicates Villanelle and Eve’s unconventional relationship… by introducing a third — it doesn’t get much gayer than that!

Killing Eve also remains a seductive visual sensation, a stylish spy thriller in the streets and a twisted story about fixation, identity, and power in the sheets. While the premiere does do a lot of reacting to the finale, the second episode propels things forward. Both are tense and alive, sizzling with possibility. Because a caged Villanelle and a spiraling Eve are unpredictable forces. One way or another, they want each other, madly.

Kayla has written 391 articles for us.