The issue of immigrant children being detained in immigrant detention centers is not exactly a new story. But this past week, an influx of children from Central America who were detained while trying to cross into the U.S. has drawn new attention to the extreme and inhuman treatment undocumented immigrants face from U.S. Border Patrol and Immigration and Customs Enforcement (ICE). 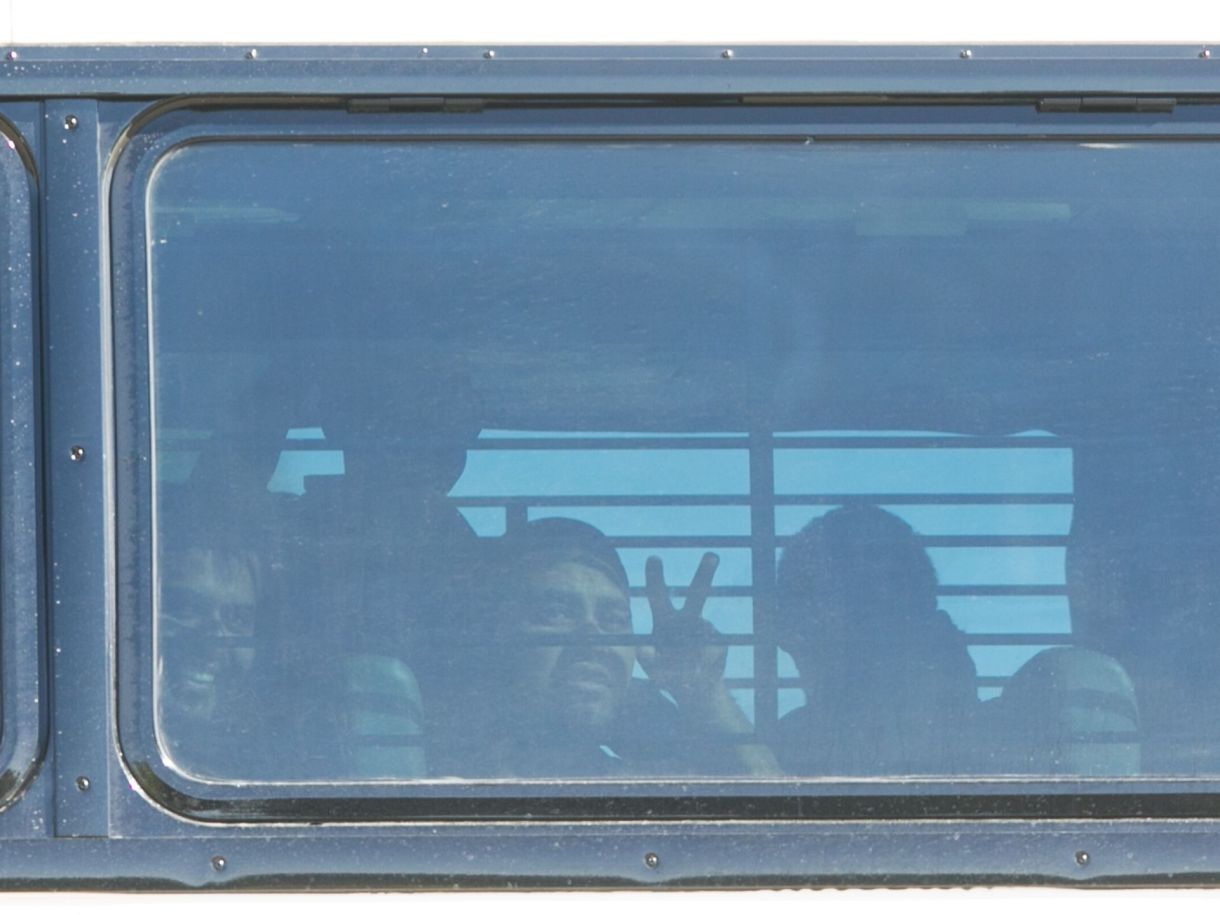 The number of unaccompanied minors crossing the border is up 92% from last year, and has overwhelmed the capacity of the Texas Border Patrol sectors that are apprehending them. Thus, Texas Border Patrol has begun flying undocumented children to Nogales, Arizona, a city which straddles the Arizona border with the Mexican State of Sonora. Arizona Border Patrol and FEMA have teamed up to house these children temporarily in a warehouse that hasn’t held people in years, while they figure out where the children can live while awaiting their immigration hearings.

Most of the kids that are detained are sixteen and seventeen years old, and have made the journey from Central America through a dangerous network of train tops, vans and trucks. Some are as young as a year old. Some are pregnant or accompanying their own children. Many report they are fleeing violence and poverty, or attempting to find family in the US. Many news outlets have tried to spin the story as kids rushing to the US because of newly lax immigration policies. This is a sensationalist tactic designed to inspire fear in the American public and promote the idea that immigration policy has to be as severe as possible to deter people from crossing. It also seems to be straight-up wrong. Most of these kids reportedly don’t seem to have any idea about US immigration policy, lax or not — they’ve just heard it’s safer than where they are coming from. 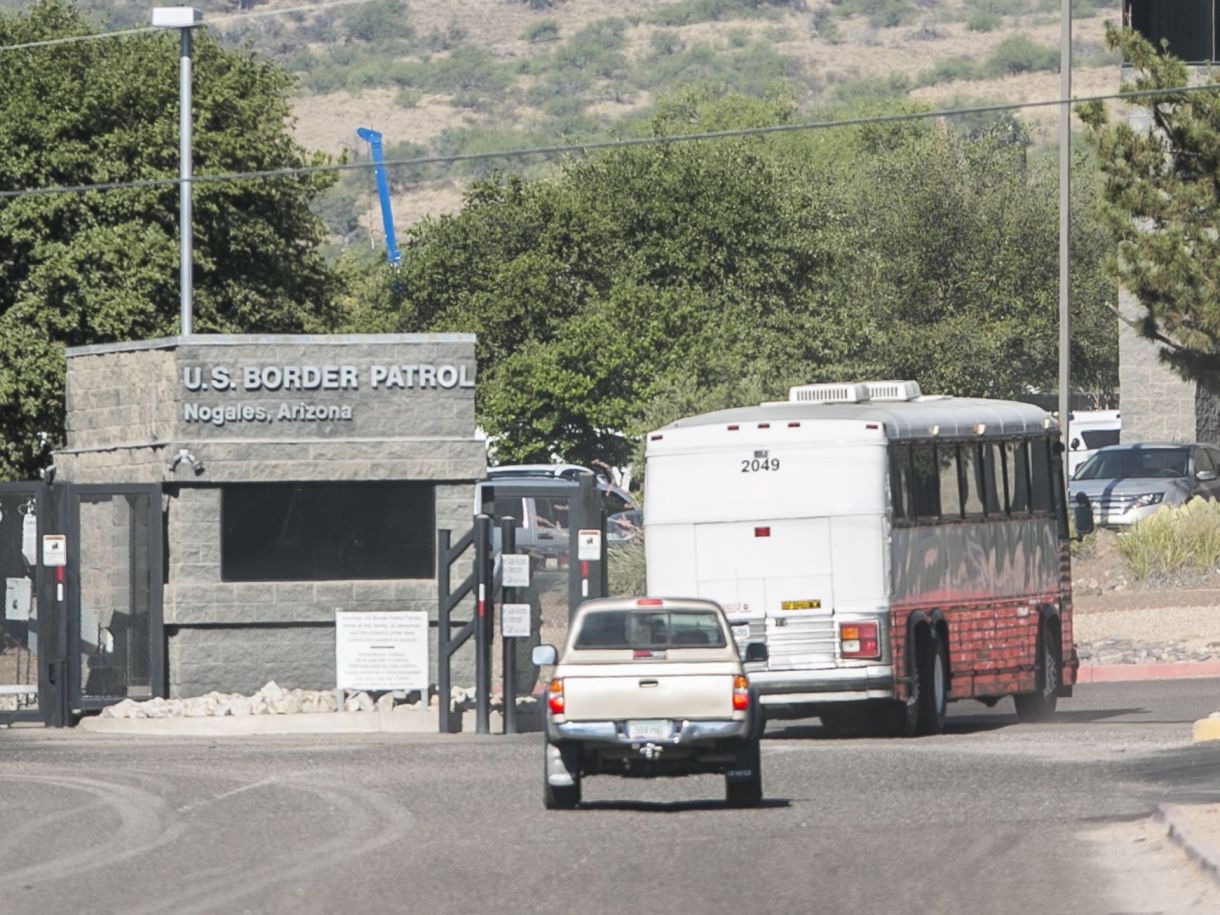 The kids being held in Arizona are being processed and handed into the custody of the Department of Health and Human Services’ Office of Refugee Resettlement, where they are likely to be placed in another temporary shelter while they await their immigration hearings. While these children are not kept in official detention centers, their shelters are elusive and their operations are highly secretive. Immigrant children are also still very likely to face deportation. Dorien Ediger-Seto, from the Florence Immigrant and Refugee Rights Project, pointed out,

“One important thing to note is that these children are still being placed into deportation proceedings. Because there is no public defender system in immigration court, children who cannot pay an attorney are often forced to navigate the deportation system on their own, even after the immediate issue of their custody is resolved. …immigration law is extremely complex, and both children and adults without attorneys can have trouble navigating the system and accessing legal relief.”

There is no question that thousands of kids being held in a warehouse in Arizona is a terrible situation, but it’s important to note that this is an extreme moment for a system that is constantly shuttling children and adults around the country, detaining them until their cases are heard in immigration court, where neither adults nor children are entitled to legal representation. A new report from the ACLU details the routine abuses and injustices of the immigrant detention system, and how private prison companies funnel money into political efforts to detain and incarcerate undocumented people that pose no threat. 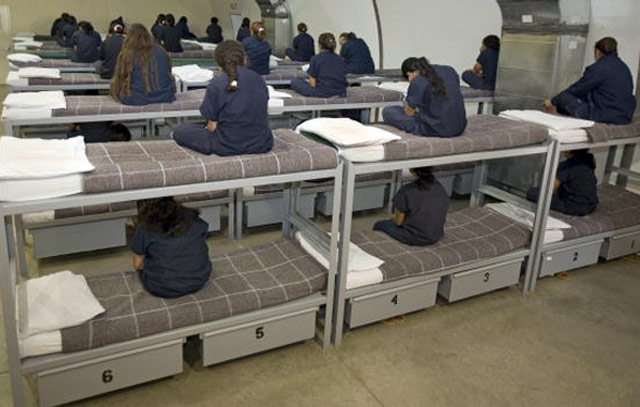 Given what the ACLU report reveals about the deep connections between federal immigration systems and private prisons, it would be unsurprising if the public attention directed at the children and families in Arizona leads to the creation of more detention centers that are specifically set up for children and families. This will make ICE and Border Patrol better equipped to incarcerate kids and families, and make their deportation more likely. Any expansion of border and immigration infrastructure increases the capability of ICE and Border Patrol to police immigrant bodies (and perceived immigrant bodies – many of the policies in place result in widespread and legally backed racial profiling, particularly of Latin@s, whether they are documented or not.) This also creates unique challenges for LGBT immigrants, who experience major discrimination within the immigrant detention system, and increased hate violence and discrimination when living in American communities.

While all of this goes down in Arizona, a new Supreme Court ruling has determined that people who apply for visas with their families as children, but who turn 21 while their applications are being processed, must start the process all over again and reapply. So at the exact moment that numbers of kids trying to enter the U.S. hits new highs, a new obstacle is erected for kids trying to enter with documentation. This will almost certainly keep more families divided, and end up subjecting even more people to detention and deportation.

If you are as pissed about all of this, there are tons of immigrant justice activists and organizations working against deportation and detention policies and for justice and dignity, including the Detention Watch Network’s 34-Day Campaign to end quotas that drive the arrest and detention of immigrants. 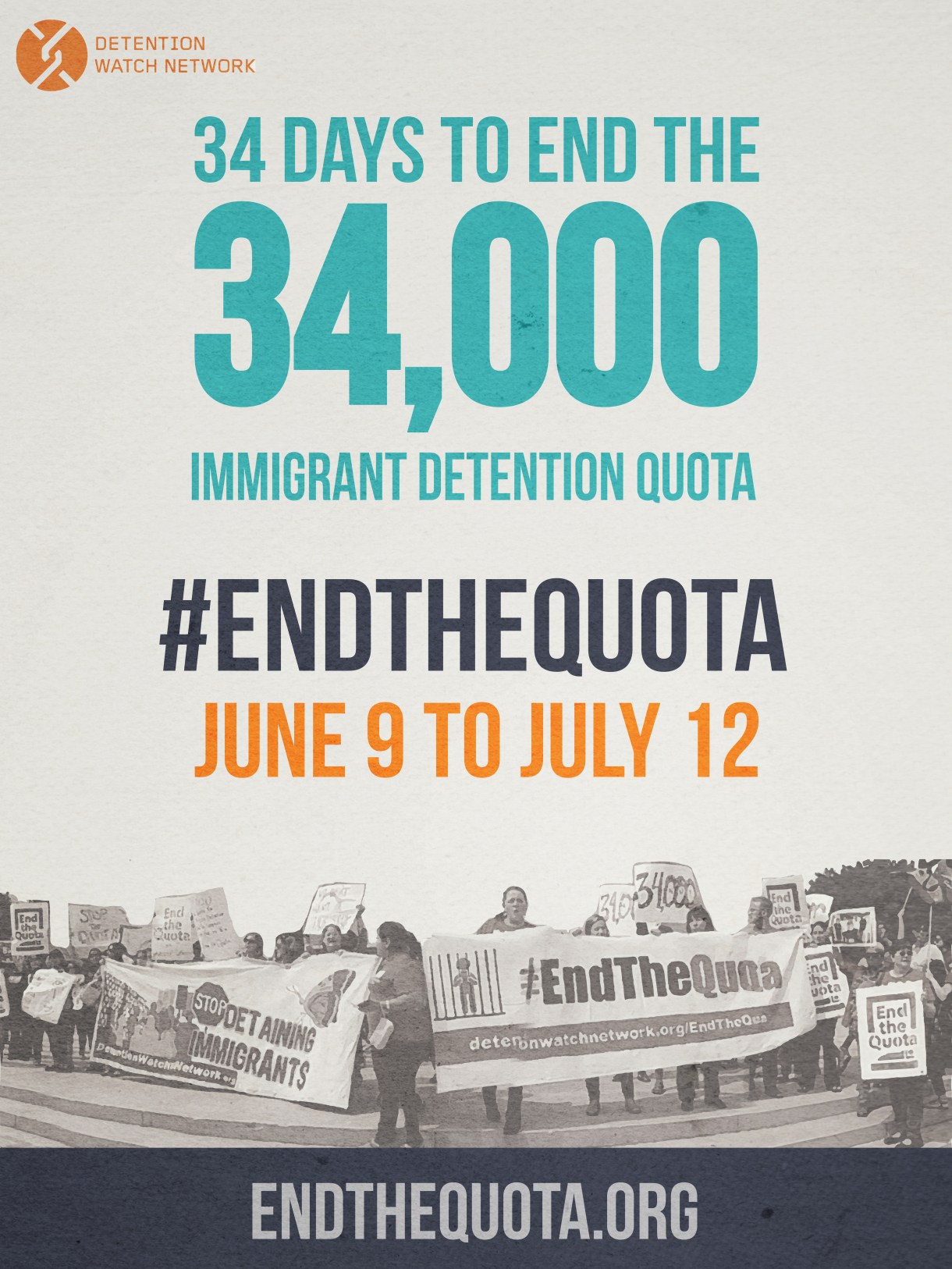