Kaitlyn Hunt, the Florida teen facing criminal charges based on her relationship with another teen girl in her high school, has been making headlines in both gay and mainstream media for the past few weeks. Her case brings up questions about consent, teens’ agency, and how we treat same-sex relationships different than opposite-sex ones. Most recently, her case is motivating Florida state senator Thad Altman to revisit Florida’s laws regarding teens’ consensual sexual relationships; he argues that they should “provide more forgiveness” for teens like Hunt. It’s a response to the fact that Hunt’s case is highlighting America’s complicated feelings about young people in same-sex relationships, but also the ways in which our laws about teen relationships in general may be problematic, especially for populations whose sexuality is already policed.

The story of Hunt’s (now age 18) relationship with another high school student (then 14, now 15) pushes a lot of cultural buttons — as conservative blog American Thinker observes, the other girl in this relationship had her first sexual experience with Hunt, which brings up issues of “purity” important to many social conservatives. Hunt has refused a plea deal which would have involved labeling her as a sex offender and putting her under house arrest for two years, and will instead go to court to defend herself. If convicted, she would face a maximum sentence of 15 years. 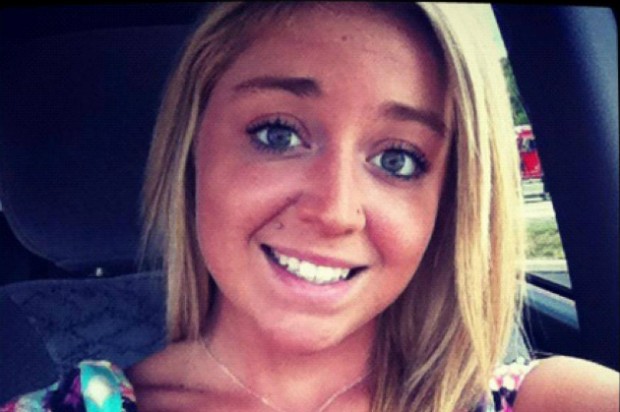 The current state of Florida law around teen relationships is a key part of why this case is controversial. The girl that Hunt had a relationship with was a minor, which is why Hunt is being charged with two felony counts of lewd and lascivious battery on a 12-16 year old child. But Florida also has a “Romeo and Juliet” law which mean that older people who have sexual contact with minors may, in some situations, be exempt from being labeled sex offenders or from the charge of statutory rape. Romeo and Juliet laws change state-to-state, and in some states (like Kansas) they’re written such that same-sex couples are excluded and can’t benefit from them. Florida’s Romeo and Juliet law isn’t one that specifically requires its parties be opposite-sex. To be considered under the purview of this law, the minor must be at least 14 years old, the older party can be no more than four years older than the minor, and most importantly, the minor must have consented to the relationship. Hunt’s family has stated that the relationship was mutually consensual, but there’s no way to know without a statement from the girl herself.

If there was consent given, however, then it would seem that this relationship does fall under the purview of Florida’s Romeo and Juliet laws, and that Hunt should at least be able to fight being registered as a sex offender. The fact that Hunt has faced such harsh consequences, including being kicked off the basketball team and expelled, has made many question whether this case would have been treated differently if Hunt were male. Given that there are plenty of cases in which rape by male students is reported and even proven with evidence and the school system is reluctant to impart any consequences at all, it’s not unreasonable. As Emily Bazelon writes at Slate, harsh consequences for boys having heterosexual sex with minors isn’t unprecedented; she points out Genarlow Wilson and Marcus Dwayne Dixon, convicted of child molestation and statutory rape respectively. In Wilson’s case, the sex was (apparently) consensual, but there was an age difference of two years. In Dixon’s case, the sex wasn’t consensual; but confusingly, the jury found him not guilty of rape but instead guilty of statutory rape, which essentially means that they cared more about the girl’s age than about the fact that she didn’t give consent. Certainly, laws about teenage relationships that focus more on conservative ideas about teenage girls’ purity than on actual consent can hurt boys, too. But Bazelon also points out that Wilson and Dixon are both black. Black men and boys, along with gay people of all ages, are often stigmatized as sexual predators by mainstream culture and media; it’s no coincidence that these are the groups finding less “forgiveness” within the legal system for teenage relationships. This isn’t a case about whether teenage sexual relationships are okay or not; it’s about whose teenage sexual relationships we find okay or not, and why.

The lawyers prosecuting Hunt say that sexual orientation plays no part in the case, and that “It doesn’t matter if it’s two girls or two boys, or an older boy and a younger girl or an older girl and a younger boy. Whatever the combination, it doesn’t matter.” The arguments advanced in court may shed some light on whether that’s true. Same-sex relationships are already dangerous for teenagers (and adults, for that matter); if Hunt’s case goes on to prove that, even if totally consensual, same-sex high school relationships can have legal repercussions, it will be a serious blow to young people all over the country. We don’t yet know whether Senator Altman’s call for a closer look at these laws will have an effect, but at least this is starting what’s clearly a necessary conversation about how we think about same-sex relationships for teenagers.