Remember last January when Kacey Musgraves moseyed into our lives with a super kitschy and super cute performance of her totally You Do You themed song “Follow Your Arrow” at the Grammys? Remember when we all found out that we had this cool, cute, feminist, anti slut-shaming, anti fat-shaming, pro-pot (if that’s what you’re into) and totally queer-friendly country singer right in our own back yards? Remember how we all instantly developed crushes on her (or in Hansen’s case had already been in love with her for a while)? Well, she’s back in the spotlight winning Country Music’s biggest songwriting award, the Song of the Year award at the CMA’s!

In case you don’t remember, Musgrave’s hit song includes the refrain: “Make lots of noise/Kiss lots of boys/or kiss lots of girls/if that’s something you’re into./When the straight and narrow/gets a little too straight/roll up a joint, or don’t/just follow your arrow where it it points.” This is the kind of queer anthem by a straight artist we can all get behind. 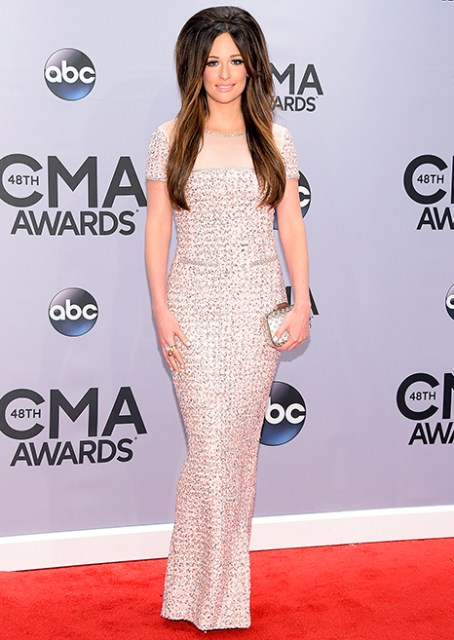 “That’s why her hair is so big, it’s full of queer-friendly country anthems” via US Magazine

First, Musgraves showed up and was super adorable and fashionable with her throw-back classic country giant hair on the red carpet. Then she dueted with country legend Loretta Lynn on Lynn’s song “You’re Looking at Country.” Musgrave’s biggest moment, though, came when she won the CMA for Song of the Year for her song “Follow Your Arrow.” Musgraves co-wrote the song with producer Shane McAnally and lesbian country singer Brandy Clark, who was also the only woman to be nominated for Best New Artist this year (an award Musgraves won last year).

In her acceptance speech, Musgraves said that she’s excited that what’s considered “normal” in country music is starting to change.

Do you guys realize what this means for country music? I think I can speak for all of us when I say that this award means so much because our genre was built on simple, good song about real life. And that’s what this was. And it was because of the fans that connected with it who spread it and took it farther than I ever could. 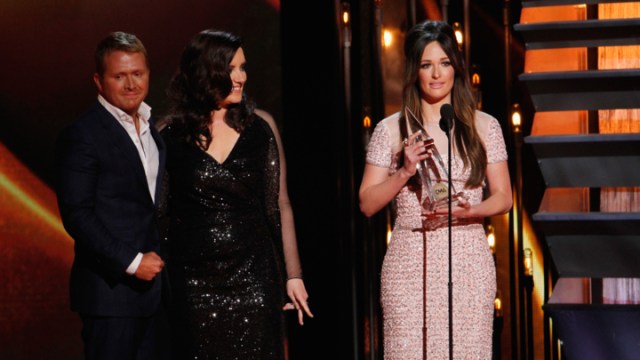 With this win, it looks like country music is really taking her message to heart. The CMA winners are chosen by members of the Country Music Association, which is made up of industry professionals and organizations and have the goal of promoting country music and recognizing excellence in the field. It isn’t just country fans (and people who wouldn’t normally consider themselves country fans) who love this song and are embracing it’s message, it’s also the people who are making, producing and promoting country music. So you go, Kacey Musgraves; the future of country music couldn’t be in better hands.