John Boehner “can’t imagine” coming around on gay rights, even if his children came out. And that makes him a poor parent. 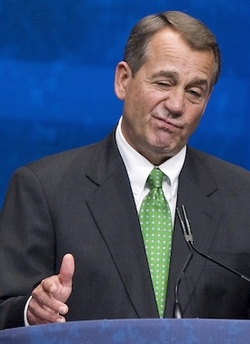 Parental acceptance is a topic of conversation far too common in the queer community; too many of us are abandoned by our parents or feel overwhelmingly like we need to leave our families, friends, and peers behind in pursuit of tolerance and harmony. Too many of us are hiding in the closet because it’s unsafe, or too risky, to open the door.

Republican politician Rob Portman announced his newfound support for gay marriage on CNN and in an Op-Ed for The Columbus Dispatch last week, writing two years after his son’s own coming out that the process caused a change in his personal opinion on the issue:

He said he’d known for some time, and that his sexual orientation wasn’t something he chose; it was simply a part of who he was. Jane and I were proud of him for his honesty and courage. We were surprised to learn he was gay, but knew he was still the same person he’d always been. The only difference was that now we had a more complete picture of the son we love.

The decision to come forward on his new perspective was heavily influenced by the upcoming hearings on DOMA, and came as a shock to fellow party members who remember that Portman was vetted as a potential VP for the one and only Mitt Romney. (Romney, according to Portman, did not mind that his son was gay, and knew as part of said vetting process.)

But this was great news for Portman’s son, Will, who got to watch his father come around to accepting his weirdo queer life on national television, even if rank-n-file Republicans felt differently.

House Speaker John Boehner, who also hails from Ohio, was asked on a recent segment of ABC’s “This Week” about Portman’s announcements, with host Martha Raddatz curious how he would react to his own child’s coming out, and whether it would change his political views. “Listen,” he responded, “I believe marriage is a union between one man and one woman. It’s what I grew up with, it’s what I believe, it’s what my church teaches me and I can’t imagine that position would ever change.”

But let’s step back from interviews, from political appearances, and from the dying Republican party for just a minute, because this is larger than John Boehner and Rob Portman: this is about family. And data shows that familial acceptance is important for LGBTQ youth – and that familial rejection leads to homelessness, poverty, mental health problems, and even accelerated rates of suicide.

Caitlin Ryan, of the Family Acceptance Project out of San Francisco, embarked on an ambitious research project published in 2009 that showed these correlations clearly and without question, observing the following in her co-authored papers:

Ryan and her colleagues also shed light on loopholes, writing that attempting to “change” your child’s sexual preferences—even in a “supportive” manner—was interpreted as rejection. The only way to be a supportive parent, in other words, is to truly accept: to embrace, encourage, and take pride in your child’s life and successes despite who they are trying to begin a family or life with. It’s science!

In materials for the Family Acceptance Project, the organization encourages discussing LGBT identities and politics with your child, supporting their identity despite your discomfort, and advocating against their mistreatment—both within your own family and the larger world—in order to give them a supportive home life. When John Boehner put himself at odds with Rob Portman, a parent who has challenged himself and his understanding of the world in order to support his son and his family, his words revealed a twisted set of priorities. 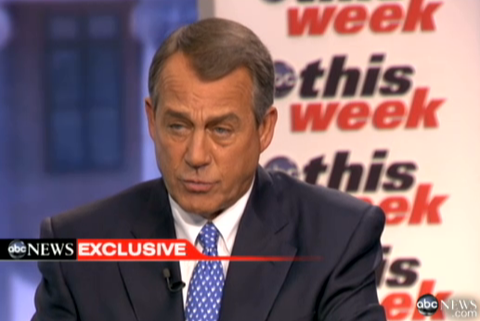 It goes without saying that America is a country built on families—families of different colors, shapes, sizes, religions, ethnicities, socioeconomic class, genders, and political backgrounds—and that every family needs to be built on trust, acceptance, and love to breed a healthy generation of Americans.

Perhaps John Boehner should spend more time with his kids and less time on his talking points.