On Friday, 24 January, Ugandan asylum seeker Jacqueline Nantumbwe was detained by the UK Border Agency. She is currently being held in Yarl’s Wood Immigration Removal Centre in Bedfordshire, which is known for abusing its detainees and has been described as a site of “second torture,” while her legal team works to bail her out and make a Fresh Claim for asylum. 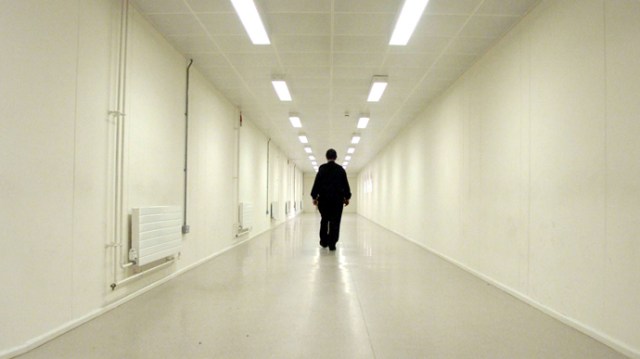 Nantumbwe fled Uganda in 2006, where she had been forced into marrying a man. Under the country’s increasingly draconian anti-gay laws, she had been imprisoned, tortured and subjected to “corrective” rape upon being discovered with her girlfriend, Rose. Rose has not been heard from since.

In 2012, Nantumbwe’s first appeal for asylum was rejected and she was relocated to north-west England, away from her partner of 5 years who was forced to stay in London.

The judge hearing her case didn’t believe either of them was gay.

Technically, the UK – which is deeply implicated in many of the anti-gay laws that lead to LGB persecution abroad in the first place – adheres to European Union directives that recognise LGB asylum seekers as a protected class, but this translates poorly into reality. There is no time cap on how long asylum seekers can be kept in detention and LGB asylum seekers in particular face tremendous hurdles in “proving” their sexuality. Even being actively involved in LGBT organisations or having been imprisoned for being gay, as in Nantumbwe’s case, is not evidence enough. Many asylum seekers are subject to a humiliating process that requires them to describe sexual encounters in detail to UKBA authorities, with some having gone as far as submitting video or photographic evidence of them having sex with their partners. 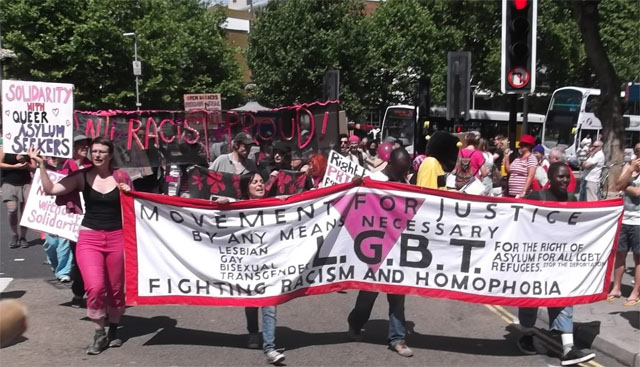 via Asylum Seekers in Bristol

The Manchester-based Metropolitan Church, which Nantumbwe is part of, is currently coordinating efforts for her release and asylum application. Here are some ways in which you can help:

Nantumbwe will be held in Yarl’s Wood until she is either released on bail (depending on how the Fresh Claim goes) or deported to Uganda. The UKBA relies on public ignorance to allow deportations to fly under the radar – don’t let them do that to another person.