Even before coming out to straight friends and families of varying sexualities (usually “straight”), most lesbians seem to have already made some alternative-lifestyle compatible friendships. Baby dykes acquire queer contacts through theater or rugby or PETA, and when they decide to pursue homosexuality, there are plenty of understanding friends to dole out advice and support.

I am not that type of lesbian.

If you aren’t that type of lesbian either, here are suggestions to help you introduce the homos and heteros in your life.

How to Debut Your Gayness to a Straight, Straight World 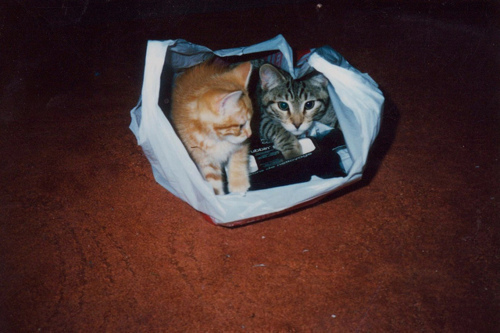 Hiding a homosexual love life from close friends is a complex undertaking. It requires meticulous attention to detail, excellent memory, and the ability to seamlessly build lie upon lie. Unless you have no other option (or are a sociopath), keeping your girlfriend a secret is more trouble than it’s worth and ultimately futile.

Lesbians are pretty cool, so unless your friends are religious zealots, having a lesbian friend will make heteros feel super cool.

2. Thinking, “ My love life is my business; different aspects of life should be compartmentalized”

3. Hiding a girl under the covers when 20 people stopped by for an impromptu 1AM party. For 2 ½ hours.

4. Believing that, because I appear stereotypically straight, my hook-ups could too.

False: No one bought that shiz.

Once it’s out, it’s out. Keeping secrets between a couple people is even harder than keeping them to yourself- especially a whopper like homosexuality. Accept that EVERYONE KNOWS. You’ll then realize that NO ONE CARES. 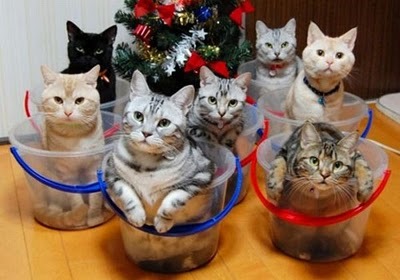 First meetings are best kept low-key and natural. Don’t make a big production out of introducing her; it puts unnecessary pressure on everyone. Instead, bring her to a common group activity on neutral ground, such as margarita Wednesdays or study session at the library. Having something to focus on (margaritas, burritos, black women’s sexuality in pop culture) provides common ground to discuss and relate about. It also distracts your friends from the boi hand on your thigh under the table.

Other ideas: Frisbee in the park (unless she’s supremely un-athletic), trivia night at a local bar (unless she’s dumb), art exhibitions, or a concert. Adhere to the old adage ‘don’t discuss religion or politics’- these topics exacerbate differences. Keep PDA to an absolute minimal.

1. Not intervening when my GF began describing Wiccan ideology to a group of bemused WASPs. Their blatant discomfort tainted the rest of the encounter.

2. Drunkenly making out after too many margaritas. My friends couldn’t get to know the GF with her tongue jammed down my throat. 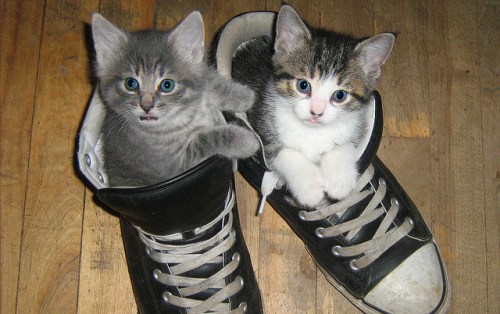 Your friends are girls. Your GF is a girl. You are a girl. So it makes sense that you can all hang out all the time and have infinite girl time, right? Wrong. It took me a while to realize that friends viewed my GF with the same benevolent tolerance I viewed their boyfriends. No one likes a conjoined couple, no matter the gender.

As a general rule, if its one-on-one friend night or ‘girls’ night, leave the GF at home. Your friends are probably as sick of hearing her talk about veganism as you are of hearing their boyfriends ramble about how their fraternity, like, totally parties the hardest. Strive for an equal balance of friend time and GF time. Anytime the GF is present counts as girlfriend time.

Mistakes I Mad While Not Following This Advice:

1. Bringing her along to dinner with visiting Florentine friends. Their expressions of shock and revulsion when she reaches into her nose to twist her septum piercing mid-dinner still haunt me. 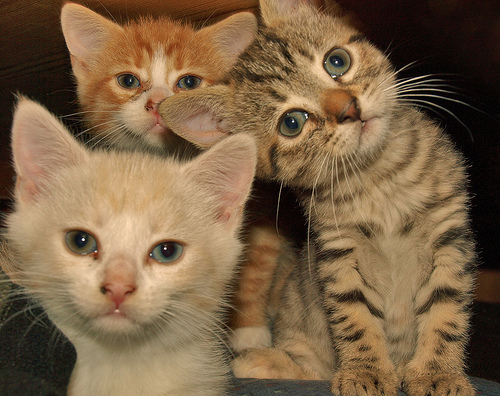 My favorite thing about having sex with men was always the morning after. My friends and I would snuggle, watch period films, and recount each oafish fumble and idiotic grunt of our encounter with explicit, vivid detail. Since I find sex with women 100% less comical and 100% more fantastic than sex with men, I no longer feel any urge to turn each paramour into a walking punch line. However, sex is still my favorite topic.

If you want to talk about your sex life, let your friends set the level of sharing. Bring up sex in vague, familiar terms — ‘hook up’ always works — then gauge their reaction. Answer questions happily and openly so your friends don’t feel like they’re prying. If they ask for details, share. If they don’t, don’t. Disinterest isn’t because of disapproval. It’s simply that homosexual sex has no interest or appeal to them.

Discussions of sex, flirting, and male pursuit are important aspects of heterosexual female friendship. Unfortunately, when I stopped sleeping with men I stopped being part of those aspects. To be truthful, sometimes I miss it dearly. But not enough to go back.

1. Using hand motion to graphically demonstrate how to reach a g-spot. Crickets.

2. Explaining how to properly go down on a girl. Double crickets. 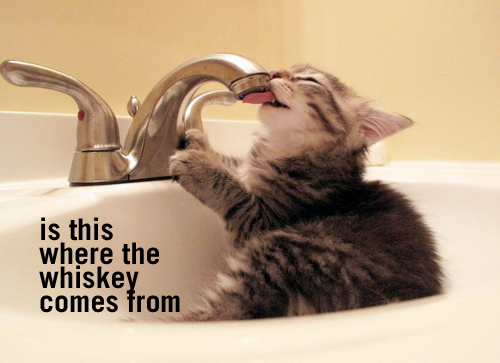 Now that I’ve written four healthy suggestions, I feel the urge to acknowledge that my coming out would not have happened without inebriated honesty. The number of bar bathrooms I’ve made homosexual confessions in now rivals the ones in which I’ve abused narcotics.

I see this as a sign of great personal growth.

Below is a party recipe guaranteed to break down all socio-economic-political barriers.

HOW TO THROW A GIN BUCKET PARTY

Fill bowl with gin, soda, and chopped up lemons and limes.

The joy of a gin bucket part isn’t just in the high alcohol content- it’s in the process. Drink by filling turkey basters from the gin bucket and squeezing into each other’s mouths. This makes for infinite oral sex-themed humor. Bellowing “GET ON YOUR KNEES AND TAKE IT” at each other rapidly creates camaraderie.

Join A+
Related:how to be gayspecial