+ Roy Moore, Alabama Chief Justice and consistently unlikable person, is telling Alabama judges they can’t issue marriage licenses to gay couples. He claims that he has the right to “take affirmative and appropriate action to correct or alleviate any condition or situation adversely affecting the administration of justice within the state.” 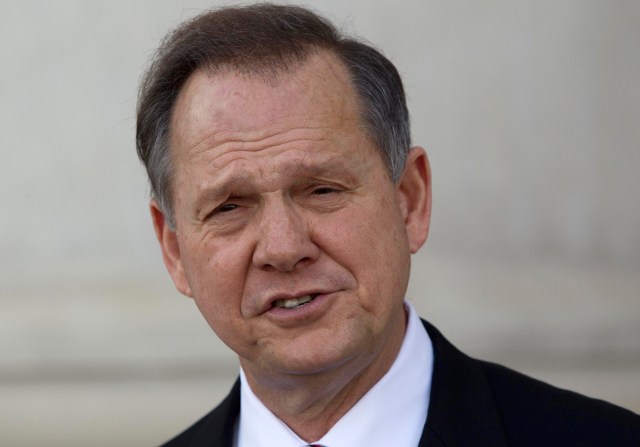 This isn’t new territory for Moore; he did the same thing in March of last year, when Alabama was a legal battleground for same-sex marriage before the landmark SCOTUS ruling that would occur later in the year. Given that the SCOTUS ruling did occur, it seems very bold for Roy Moore to try the exact same move; his argument, it seems is that the SCOTUS ruling should only apply to the states that were directly involved in the plaintiffs’ suit.

Alabama has been, it seems, a bit hectic today as all this shakes out; probate judges were warned that they could be held in contempt of court if they followed Moore’s orders, since they contradict laws on the books. As of earlier today, Mobile County had stopped issuing all marriage licenses to stay “neutral” on the issue. The ACLU has issued a statement reminding everyone that the SCOTUS decision does actually apply to all Alabama counties, especially after a federal court order from the summer that district judge Callie Granade delivered for essentially just this reason.

Roy Moore will almost certainly not be vindicated in the long run, but it seems very possible that he could make life difficult and frustrating for Alabama’s same-sex couples in the meantime, following the example of Kim Davis.

+ Brian Encinia, the Texas state trooper who pulled over and arrested Sandra Bland before she died in police custody, has been indicted on a charge of perjury regarding his statements about Bland’s arrest, which the prosecutor didn’t feel were “truthful.”

+ Katie Baker at Buzzfeed has reporting on a woman who was raped by an on-duty police officer, and everything the department did to try to cover it up.

They asked Lindsay about her sexual history: Had she ever had HPV? They deposed her friends: What had Lindsay been wearing the night Sanchez pulled her over? They even went as far as to hire a gynecology medical expert witness to testify that Lindsay’s vagina had not shown significant signs of trauma. In the meantime, Lindsay’s life was put on hold for half a decade, she said, because the process was so retraumatizing.

+ A Chinese court has taken the country’s first same-sex marriage case, a man who is suing a civil affairs bureau for his right to marry.

Sun Wenlin, 26, told Reuters a court in Changsha, the capital of Hunan province, had accepted his lawsuit on Tuesday. “I think from a legal point of view, we should be successful,” Sun said. “Our marriage law says there is the freedom to marry and gender equality. These words can be applied to same-sex marriage.” Sun said he had filed the lawsuit in December because he wanted to form a family unit with his 36-year-old partner.

+ Gay Star News has a rundown on the US states that still ban discussion of homosexuality in school.

[Law student Ryan Matthews] called No Promo Homo laws ‘the most discriminatory laws you have never heard of. Hidden in education laws, they restrict the promotion of homosexuality in public school classrooms by prohibiting the teaching of homosexuality or requiring its condemnation,’ he wrote. Matthews said that it worried him that many of his fellow law students couldn’t believe that laws like these were even followed in 2015 when some lawmakers were even trying to strengthen them. ‘These laws are not outdated; indeed they have only been around since the 1980s,’ Matthews wrote.

+ In a proposed bill that is something of a zinger aimed at lawmakers in bed with lobbyists, Missouri is proposing a bill that would require lawmakers to disclose any lobbyists they have sex with. Not meant to be taken particularly seriously, the proposed bill is nonetheless a sick burn on lawmakers who are dining out and living large on lobbyists’ dimes. 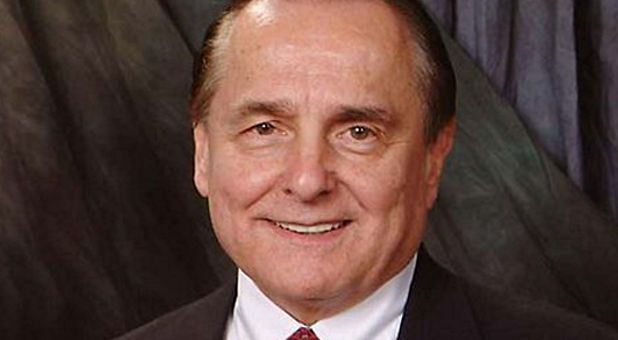 + A private boarding school in Rhode Island is being investigated as over 40 former students claim to have been victims of sexual abuse there, many saying that they reported their abuse to administration only to be disbelieved. Several of the alleged perpetrators have since passed away, but some victims are asking for the resignation of the current headmaster, saying “Eric Peterson has been covering this up since 2004.”

+ Vermont senator Norm McAllister was arrested in May for sexual assault; he plead not guilty, and while he was stripped of his committee assignments he refused to resign. Now, in a Vermont first, the chamber has voted to suspend him.

+ A series of raids are reportedly set to begin, aimed at deporting families and especially targeting children who arrived in the US in the last two years. The plan was first reported on Christmas Eve, and could begin anytime in the next few weeks. “The raids would target children who arrived with a family member—referred to as “family units” in technical lingo—“wherever they can be found,” and sent for immediate deportation, The Washington Post reported.” Immigrant rights groups and Democratic presidential candidates have all expressed outrage.