Well. That made me feel wildly inadequate. Right? Based on these recommendations from two of my favorite team members (and a few things of my own invention), here are some things I want to have done re: my email by this day next year. I’m even marking it on my calendar. These will happen.

1. Stop being lazy and find an email client for my notebook that I actually love – don’t just continue using Mac Mail because it’s the default on my computer. Get around to trying: Thunderbird, Inky, Unibox.

2. Also find an app for my phone that I love like Mailbox and that will help me zero out, but one that lets me use any IMAP email. It’s important to me that it be gesture based, perhaps? Because that’s one of the things I liked best about Mailbox. Get around to trying: Seed Mail, Boxer, Dispatch.

3. ZERO OUT ALL MY INBOXES. Seriously. Zero things. In the inbox. Hold on only to the things I’m actively working on, the conversations I am actively still sending messages in. Everything else gets deleted, archived or shunted to a folder. Period. I am THE WORST AT THIS. Ever. This will be the hardest thing.

4. I have 112 flagged messages. This may have been obvious, but those need to go too. And they need to get replaced with a graceful labeling system. I can’t just keep telling my email to highlight things for me. Half the time I don’t remember I’ve done that. And the other half the time I can’t figure out why I flagged it. My flagged messages section is just one big mess of confusing and it should be used for short term only, and never for 112 messages.

5. Unsubscribe from shit I don’t want. I just usually delete things. Except why am I continuing to receive and delete the Bergen County Freecycle Newsletter four times daily? I NO LONGER LIVE IN BERGEN COUNTY. I WILL NEVER EVER AGAIN PICK UP A FREE GUITAR OR OFFER MY DESK IN BERGEN COUNTY. It’s time for me to fix that.

6. Phase out my one useless Gmail that I used to use for “personal life stuff” and transition it into an account that receives only spammy emails. That means changing a lot of logins, but I will feel so much better about life if I can cut out at least one email address. It will make me feel less crazy in the mind brain. Plus this particular email is one of those that’s, like, a silly phrase that I thought was so cool back in the day when I made it. If you have one of those, dear reader, I suggest you do the same with it.

Welp. It’s been a year. I didn’t forget.

So I tried Thunderbird—too ugly. And I tried Unibox, used it for 15 minutes, said “What the fresh hell is this?” out loud and shut it down—apparently my brain doesn’t work like Unibox’s brain works. Unibox wants you to think of email by person. I cannot think that way, especially when most of my email is between groups of 3 or more people and is threaded. And then I tried Inky. I hated it, but I thought it had potential. So I waited a few months and tried Inky again. And you know what, it was better. So I kept using Inky because I like the way they respond to (valid) critiques of their software—even in the past month or so, it’s improved leaps and bounds on both mobile and desktop. I stuck with that for a while.

Then, literally in the past two days, Inbox for Gmail launched their beta.

And it reminded me of how much I longed for the zero inbox. It actually made snoozing and zeroing and marking things as done SO MUCH FUN, you guys. But I have the same problem with it that I had with Mailbox—not made for all the email addresses I have (and now that I’m at school and the deputy editor for our food magazine, I need that functionality even more). And of course it only works with Gmail—it’s made by Google—but that doesn’t keep me from wishing I could load my Autostraddle email directly on to it without having to engage in forwarding. But! If you are only using Gmail, I highly recommend Inbox—it’s workflow is really intuitive, you can add to-do items directly from the app and there’s a desktop view that works if you’re using Google Chrome. Plus Inbox bundles notifications together, promotions, travel information—all sorts of cool categories—so it doesn’t crowd your box. However, because it’s in beta, Inbox is currently invite only and will only work with your personal address if that’s where your best bud with the invite sends it (if you want it to work with your school or work Google Apps account, make sure your buddy sends it there).

Something else happened fairly recently—Mailbox launched their Mac OSX Desktop version. Again, still in beta but it does give you the same cool swipe n’ snooze action that get on the phone (though not the same cool bundles or reminders that Inbox has). This has renewed the dream. The dream of maybe I will have a zeroed inbox one day soon.

I un-flagged my messages. There is literally no more to this story than that. Most of the things I had flagged should have been archived anyway, because I didn’t need the information anymore.

I’ve got one web address for you: Unroll.me. Unroll finds subscriptions in your inbox and helps you zap them altogether or keep them, but put them in a daily digest so you don’t have subscriptions pinging you all day every day. Once you use it initially, it keeps working to find new lists to which you may have unintentionally subscribed (or been subscribed). Let me tell you. It was a good day in my house when I tried Unroll.me. The bad news: it makes you share on social media to use it. And you know what? I sucked it up and did that so I’d stop drowning in emails from the Democratic Party (I love you Democratic party, but this shit has got to stop).

You can always try clicking unsubscribe at the bottom of messages, but I find that just makes them multiply. Also it’s tedious. Use Unroll.me instead.

Phase Out A Gmail

This was harder than it looked—do y’all know how many accounts out there don’t let you change your primary email? I’ve been slowly finding them as I think of them and evaluating whether or not I use the service. So I still have my ridiculous personal gmail…for now. I don’t think it will last another year. How do you guys phase out an email address? 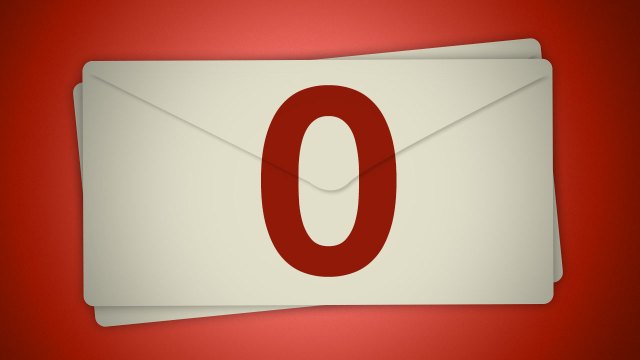 Zero Out My Inbox

The white whale. The thing I’ve been trying to do forever and haven’t yet done. The thing I am determined to do this month (ha!). The thing that also made me think of another thing—

Everyone talks about the Zeroed Inbox like it’s the height of zen or the grand goal or whatever. That some how, miraculously, if your inbox has zero things in it you will be able to walk across hot coals and then take off into the air to have tea with God, that is the level of accomplishment you will feel—and the level of general smugness those who have that perfect inbox seem to exude when their co-workers look over their shoulders. So I would like to introduce two words into our vocabulary: Tech Envy and Tech Shame.

Tech Envy is when we look at the way other people are doing their technology and WE WANT IT SO BAD. It’s a product of the Pinterest-Instagram envy that we all feel when someone else’s house is perfect or they have a cat with a mustache or they’re always out with friends doing cute things or-or-or-or. One million things that we don’t have or are not doing. It’s the same kind of thing that gets us to upgrade our technology or purchase new when we don’t actually really need to quite yet (and I say this as someone who LOVES gadgets). I actually don’t think Tech Envy is all bad—it keeps us nosy for the cool shit that’s out there, the stuff that can actually improve our work and our lives (as long as we put our filters on and don’t fall into the trap of over-engineering our workflow and our lives).

Tech Shame has no good side to it. Tech Shame is what happens when some technology enthusiasts make other people who are using technology (or are enthusiasts themselves) feel badly because they don’t manage their technology the same way as “the real nerds.” I have my own special brand of tech shame that includes me being a technology writer and still sometimes having a disorganized desktop full of crap (don’t do that, it’s not very good for your computer). And sometimes, sometimes I feel like that’s the way the zeroed inbox is sometimes talked about. Like it’s the only way to manage your email is to have ZERO THINGS in your inbox ALL THE TIME. I am here to tell you some people don’t work that way, and that’s okay.

The only time people should definitively do or not do things to or with their technology is when it’s hurting—like for instance, don’t take your computer into the bathroom while you are showering (steam is water, water will ruin your ish). But if your photo library isn’t organized into color-coded folders with a complex (but helpful tagging system) or if you (gasp) like iTunes, that’s all friggin’ okay. And I’m sure I’m guilty of speaking that way sometimes, too, but probably this should stop. You do you with your tech priorities, is what I’m saying. Let’s just all point each other to cool stuff along the way and support people in their geekery goals. Do you want a zeroed inbox? Join me on my quest (again. Maybe I will succeed this time! Maybe it will take another year)! Do you want something else entirely? Please talk about it in the comments below.

This has been the one-hundred-first installment of  Queer Your Tech with Fun, Autostraddle’s nerdy tech column. Not everything we cover is queer per se, but we talk about customizing this awesome technology you’ve got. Having it our way, expressing our appy selves just like we do with our identities. Here we can talk about anything from app recommendations to choosing a wireless printer to web sites you have to favorite to any other fun shit we can do with technology. Feature image via Lifehacker. Header by Rory Midhani.