Kasi Lemmons’s new musical drama I Wanna Dance With Somebody is the first biopic to explore the life of Whitney Houston. Lined with a star-studded, extremely talented cast and team of producers, the latter of which includes Houston’s sister in law Pat Houston and record executive Clive Davis, I entered this viewing experience with high hopes. By utilizing live-action biopics, directors have the unique opportunity to show depth of life narratives in a way that makes stories feel alive, as though the viewer is experiencing the story alongside the character.

Naomi Ackie does an excellent job embodying Houston’s energy and stage presence, despite Ackie’s at times distracting lack of resemblance to Houston (she would be perfect in a Brandy biopic!). But rather than illustrating Whitney’s life journey as the “voice of her generation” through high caliber acting, the sharing of details of Houston’s inner turmoil, and engaging dialogue, the movie and its writing rather shallowly retells the popularized facts of her story. Instead of utilizing the biopic genre to reveal Houston’s deeper emotionality, experiences, and relationships, the movie often feels as though one is merely watching characters walk through a summary of her major live events. And while the biopic valiantly tries to incorporate often overlooked aspects of Whitney’s life, it manages to fall short by failing to dig deeper.

One of the most important and ambitious aspects of the new film is the addressing of Houston’s relationship with Robyn Crawford. A major source of controversy when Whitney was still alive, their relationship was viewed as a threat to Houston’s image as “America’s Black Pop Princess” by her religious family, team, and the homophobic public eye. Within the first 20 minutes of the film, Whitney and Robyn have met each other and become close — but viewers don’t get to witness how or why they became so intimately close, they are merely presented as being so. They meet, they crack a few jokes, Whitney shares her goal of becoming a singer (with no deeper reasoning as to why. She instead lists off her famous family members, which includes stars such as her mother Cissy Houston and her cousin Dionne Warwick), they move in together, and the rest is unsaid and left rather unexplored. 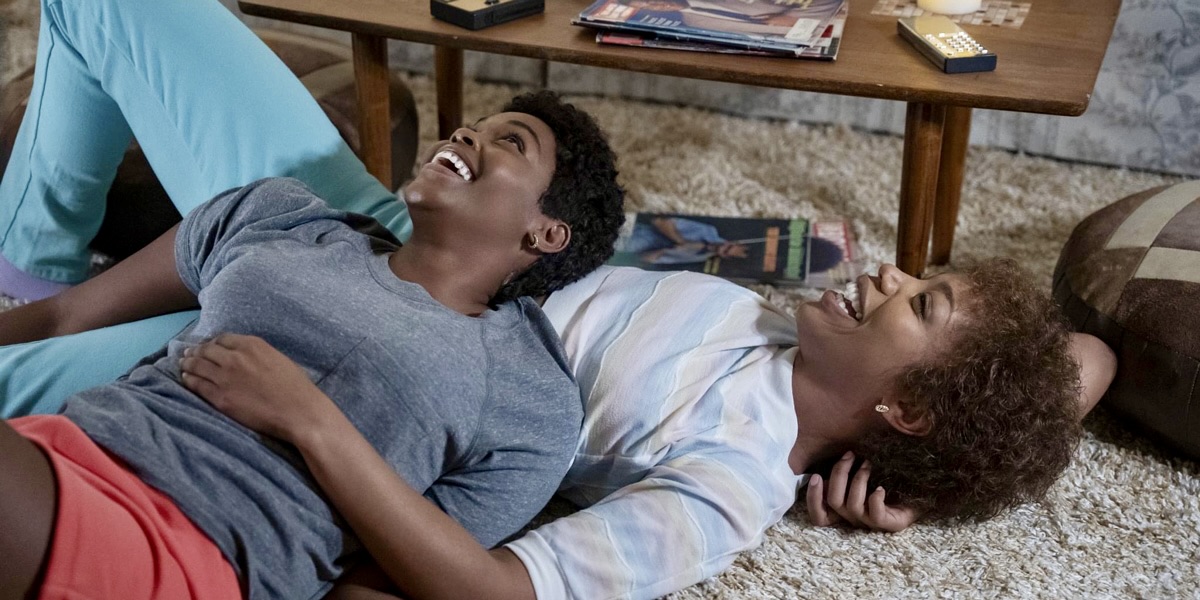 What is most frustrating about I Wanna Dance With Somebody’s attempt to explore this aspect of Whitney’s life is its failure to profoundly address it further beyond those first 20 minutes. Whitney and Robyn moments are sprinkled throughout the film, with brief portrayals of Robyn cheering on Whitney’s televised performances from home, acting as her creative director on the sidelines, and begging Whitney to leave Bobby Brown, but they are passing moments — and they certainly do not capture the confirmed emotionally intimate nor romantic elements of their relationship as Crawford has shared in the recent past. Sexuality isn’t discussed nor confronted until we get microaggressive comments from Whitney’s father, who tells her to “get out there and be seen with young men” for the sake of her career. While this moment did happen in real life, sexuality and religion were two subjects that both Crawford and Houston wrestled with together throughout the entirety of their relationship and lives.

The narrative issues that present themselves in the beginning of the movie are merely exacerbated as the biopic continues. The pacing is fast and choppy, jumping from one short dialogue scene to the next Whitney musical performance, with shallow explanations for how and why her life has developed in such a manner. For example, Whitney Houston becoming a movie actress and producer is reduced to her storming into Clive Davis’s office and demanding she wants to be in movies, with no exploration provided regarding her thought process behind this desire nor a look into how this unfolded; instead, we get side comments about her being in Cinderella and a transitionless scene shift to being on set of The Bodyguard. Rather than showing and explaining how Houston and Bobby Brown became entangled, the viewers are presented with one scene where Houston gives Brown her phone number, and then a later scene where they are suddenly acting as a couple.

The portrayal of Whitney’s struggle with drug addiction further lacked essential depth. There is no discussion regarding why Whitney begins her drug use. Rather, there are a few scenes where Houston smokes marijuana and does cocaine with no further interrogation or explanation. We never hear Houston’s character talk about her drug use, and we learn about the depths of her drug use through other characters; an hour and 39 minutes into the movie, Clive Davis informs us through conversation that Houston has “challenges” with drugs.

Overall, I’m quite disappointed in I Wanna Dance With Somebody. This biopic served as an opportunity to humanize Houston in a new mode of media, portraying her joy and hardships as America’s Princess in an intimate, accessible, and engaging way. Rather than provide fans with such a film, we’re left with a level of dialogue, explanation, and interrogation that does not parallel the questions surrounding the complexities of Houston —as a superstar, as a powerhouse, as a Black woman navigating a racist and homophobic landscape, and as a human being.

Amari has written 13 articles for us.