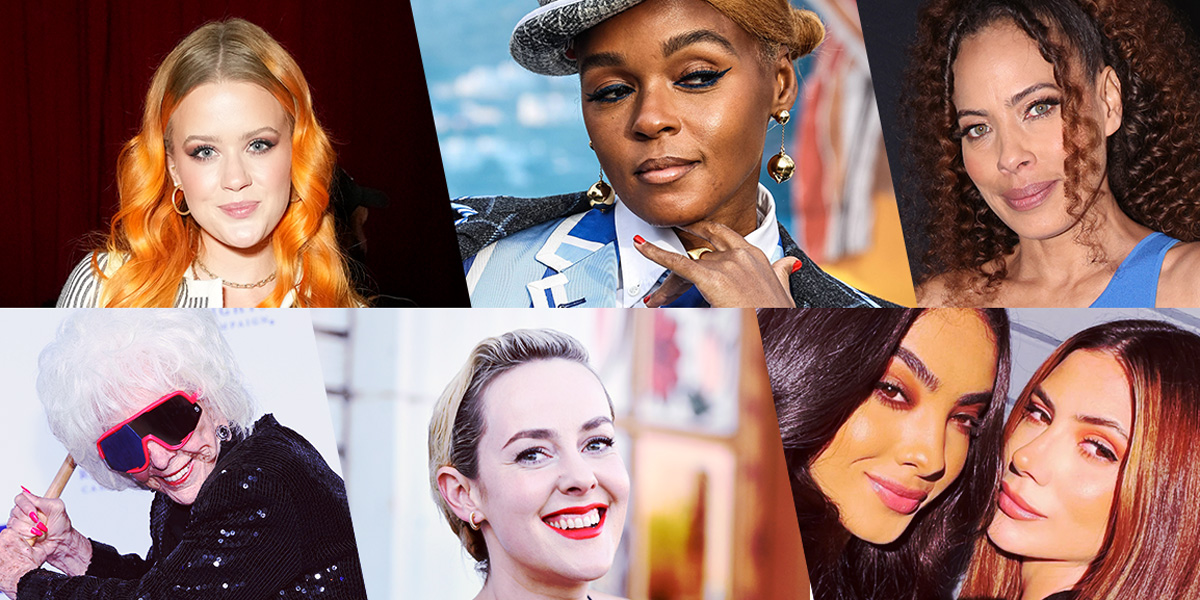 Well! My friends! When I leave today, I’m going to eat some truly exquisite comfort food and look at Christmas lights. I cannot wait. 🎄

Ahhh, the end of the year! That special time when everyone creates their classic “Who’s All Gay Here” lists. Celebrity coming outs look different in 2022 than they did in 2012, or 2009 when Autostraddle was first founded. Not that they are less important (though perhaps, from your perspective, they are. I respect that it’s different for all of us on this journey), but they are often quieter and more casual. A shrug where there was once a trumpet.

In 2022 celebrities came out in a variety of ways. Jerrod Carmichael came out in an HBO special  and Janelle Monáe came out on The Red Table Talk, a popular streaming show. Meanwhile, Kit Connor was forced to come out after fans online pushed him into an unfair corner with no easy exit, and Rebel Wilson came out after being forced into it by tabloids. Jena Malone came out via an interpretive dance? And when Oscar nominee Aunjanue Ellis came out the first time, no one seemed to notice so she had to do it again.

I think that we, as a group of queer humans who are already out, can forget how scary and liberating coming out can be, even if you do it with a rainbow emoji in an Instagram post or a group chat and not an announcement to the world. We also can forget that while coming out is a private and exceptionally intimate choice for each of us, and we owe no one anything, actually being out can impact people we’ll never know. People who feel even the smallest slice of freedom the ways that we walk about in this world.

If you want to read all the Autostraddle write ups on the lesbian, bisexual, queer, trans, and nonbinary celebs who came out in 2022 — don’t worry, I got you.

And if you’re not interested in going back through the 2022 celebrity coming outs, can I recommend instead: 5 Saints That Reveal the Surprising History of Transgender Acceptance in Early Christianity

This is a hyper local story, even if climate change and environmental racism is not. If you know one thing about me, know that I’ve left huge chunks of my heart in Buffalo, NY. And my grandfather — who’s almost 90 years old — spent last weekend, for nearly 48 hours, snowed in without power. I haven’t been able o shake it. “While Blacks make up 14 percent of Erie County residents and 33 percent of those living in Buffalo, they account for 51 percent of those found dead in the county so far.” Buffalo Blizzard Fuels Racial and Class Divides in Polarized City

Fútbol Legend Pelé Dies at 82 — ‘Before Pelé, Fútbol Was Just a Sport’

Eight Books to Comfort You When You’re Lonely

This is the vibe, the movement, the moment: If You Need Me in 2023, I’ll Be Living Life on ‘Do Not Disturb’

I have a family member who works in environmental science, and she told me this about five years ago? I was never the same. “Despite this stark failure, the plastics industry has waged a decades-long campaign to perpetuate the myth that the material is recyclable.” Plastic Recycling Doesn’t Work and Will Never Work