Feature Image Photo by Leon Bennett/Getty Images // This post was originally published on October 20th with the headline “I Think JoJo Siwa and her Girlfriend Kylie Broke Up and I Am Devastated,” and has been updated to reflect JoJo’s confirming the breakup on “This is… Paris” podcast.

Wildly famous teenage entertainer JoJo Siwa — who you may recognize from YouTube, other posts on the topic of JoJo Siwa and/or a 30-second clip of her swinging a bat released by Major League Baseball — has been pretty busy these past several weeks working her way towards winning Dancing With The Stars as one-half of the first same-sex pair to compete on the program. But amid her stunning rise and unforgettable performances on a show I had not watched until this very year, another story came through: JoJo Siwa and her alleged favorite person in the entire world, Kylie Pews, have broken up.

On a November 2nd episode of Paris Hilton’s podcast “This is Paris,” JoJo confirmed the breakup, declaring:

I’ve yet to talk about this officially publicly but we broke up… but she is literally still my best friend, I talked to her yesterday, she just got a new puppy, she’s awesome, she’s having the time of her life, I’m having the time of my life, so I’m really lucky that I didn’t lose her completely because even though relationships end, friendships don’t have to end, and I think that’s something that I didn’t even know could happen and I was very thankful that it can because it was all I wanted but I’m really happy that I remembered all the fun times and all the good times, and nothing bad happened, it just is the definition of a cheesy saying of “right person, wrong time.”

On October 10th, TikTok user Kaelee had arrived on my feed claiming that JoJo and Kylie had broken up, a theory I found troubling. She followed that video up with additional videos containing additional pieces of information supporting the concept that Kylie and JoJo had broken up, which I simply could not abide but on the other hand, was forced to abide.

Evidence included: they weren’t commenting on each other’s social media posts and that Kylie had stopped attending JoJo’s Dancing With the Stars performances. The latter could be explained by the fact that Kylie’s family and life is actually in Florida, not Los Angeles — she’d U-Hauled with JoJo immediately and even began homeschooling to spend more time with her.  But alas the actual reason was in fact that JoJo and Kylie broke up. 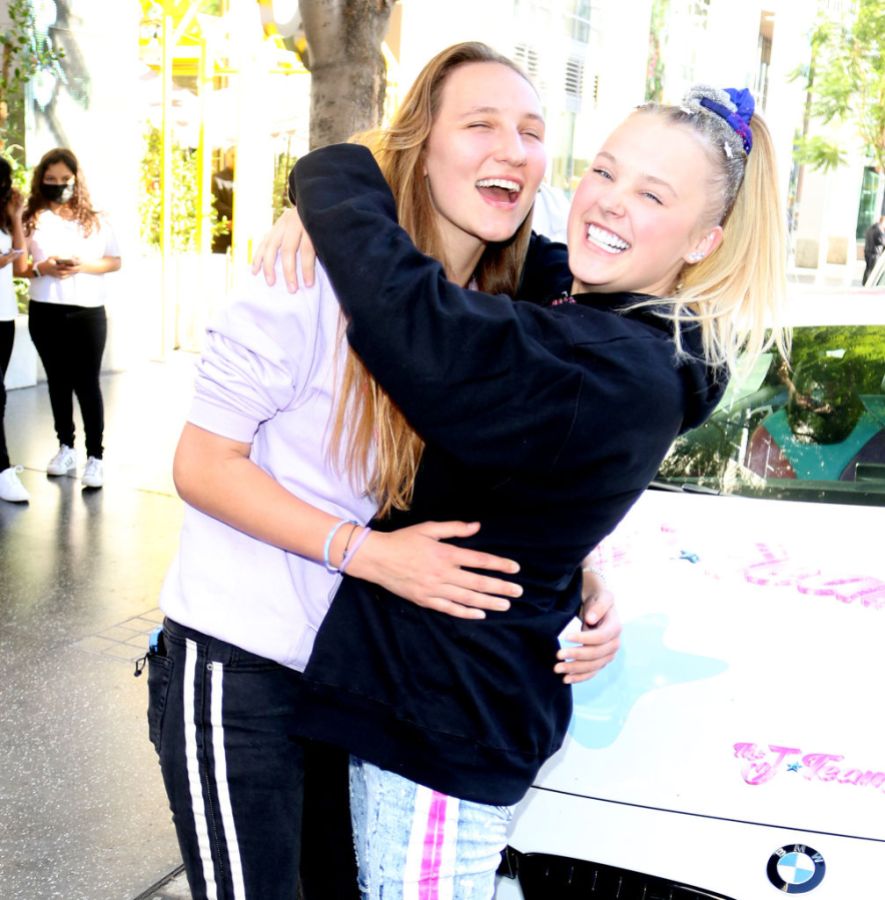 “Those of you calling me delusional for suggesting that JoJo and Kylie’s social media hiatus is not just a fluke have never been in a codependent young lesbian relationship,” noted @kales_0 on October 15. A few hours after that video, she revealed that Kylie had posted Adele’s new single on her instagram story, claiming to have been listening to it on repeat all day.

“i mean, i’ve been married for 8 years and have two kids and i also have adele on repeat,” noted one astute commenter.

Shortly thereafter, Out Magazine made a video about it, highlighting JoJo’s red carpet interview with People in which she said she was “missing a piece” of herself. JoJo added: “I cried about it last night and I’m probably gonna cry about it tonight because I’m 18 and I’m missing a piece of me that is the biggest piece of me, and that’s okay.”

On October 20th, the story transitioned from speculation to confirmation. According to OK Magazine, “after fans speculated JoJo Siwa and girlfriend Kylie Prew were having trouble in their relationship, a source squealed the duo have called it quits.” Us Weekly then claimed to have their own exclusive source who confirmed: “JoJo and Kylie did break up. Some Dancing With the Stars cast are aware about the breakup.”

A mere year ago, I had no idea who either of these people were, and now I am finding myself caring deeply about their future. It was just so cute, you know? It was very cute. They were so out and cute! Also, they just adopted a puppy!

It’s good to hear that Kylie has gotten herself a new puppy and that they continue to embrace lesbian cliches like being best friends with your ex.