I’ve been rewatching all the Marvel Cinematic Universe movies in timeline order because I caught a glimpse of both Tessa Thompson with a lightsaber and Cate Blanchett in that leather suit when Thor: Ragnorak was on TV the other day, and I thought to myself, “No, Hoagie, you need to earn that.” So I started with Steve Rogers in World War II, like good nerds do. I’m not even through MCU Phase One and already I’ve found myself yelling, “Kiss! KISS!” at Bucky and Steve; and, “GAY YOU’RE GAY!” at Maria Rambeau and Carol Danvers, like I did in my head when I saw these things in theaters.

That against the backdrop of The Falcon and the Winter Soldier, Disney+’s latest Marvel entry, which featured Bucky and Sam Wilson getting gayer by the episode — going to couples therapy, rolling around on top of each other the grass, browsing other men holding tigers on dating apps — while the show’s writers and directors gave interviews after basically every episode laughing about “Ha, ha, ha! Yes, we can see why you’d think that’s gay due to it looking and sounding gay, but it’s not gay!”

I still can’t believe, in 2021, that Marvel’s never heard of bisexuality! 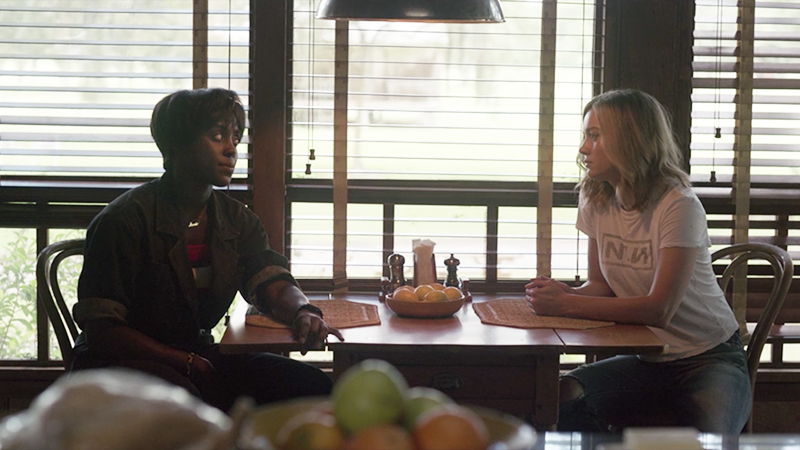 Captain Marvel is so gay that the writers had to add a line of dialogue to try to convince the audience Maria and Carol slept in different rooms. 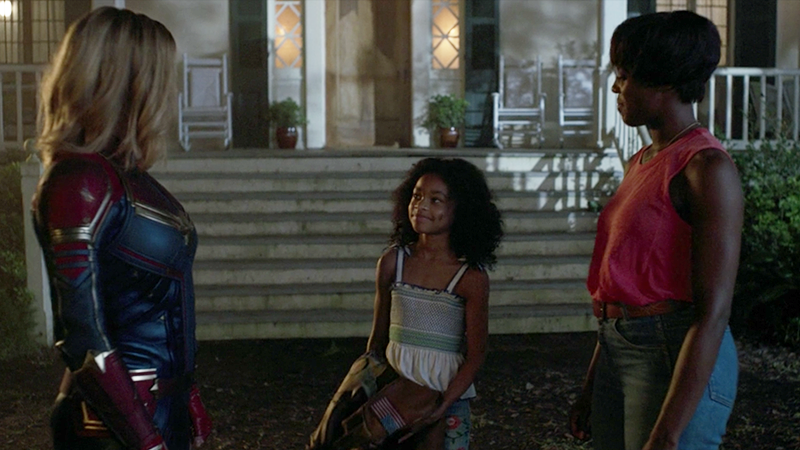 You know, on account of the house they shared and the daughter they were raising together.

Let’s just start with the easiest thing: The MCU characters who are already queer in the comic books. There’s Valkyrie, played by real life queer human Tessa Thompson. There’s Loki, who is also genderfluid in the comics. And, more recently, there’s Guardians of the Galaxy‘s Star-Lord. Then there are Marvel characters who aren’t in the MCU, like X-Men’s Mystique and Deadpool. None of them have been canonically queer on-screen, even though promises persist and Ryan Reynolds is insisting Deadpool be gay when the character is folded into the MCU. How easy it would have been — and still would be! — to have any of them smooch on another queer person, or even a queer alien! So easy! Just so easy! Smashing your mouth against someone else’s mouth is, in my expert opinion, a lot easier than wearing a harness attached to springs and wires and pretending to fly!

Okay but, let’s say there’s no more room for new characters in MCU movies. Ten million characters is enough. Fine. Fair. What about the characters who are already very clearly in love with each other and have filmed scenes with both action and dialogue that prove it? Maria Rambeau and Carol Danvers, just for one example. Living together, working together, raising a daughter together, running at each other against the setting sun crying and clutching at each other while making promises and saying how they’re the only ones who ever knew who the other person really was, how they only ever believed in and were at home with each other. 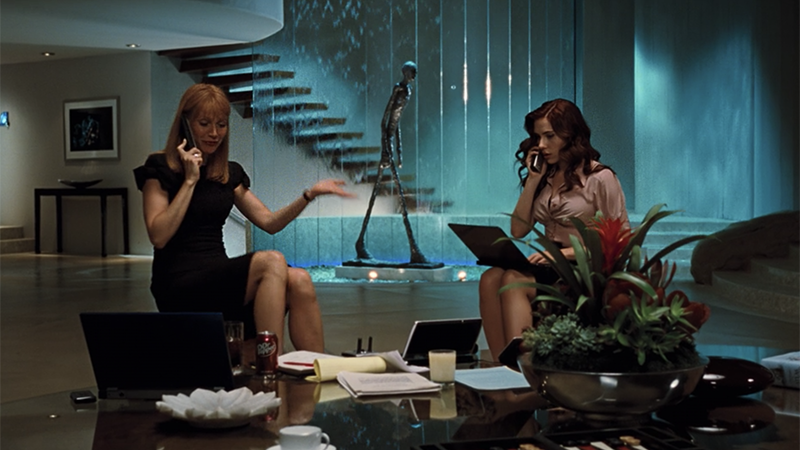 Do people ship us? Sure. Are we very clearly gay for each other? No. There is, even, a symbolic man between us right now.

When two women are not very clearly gay on-screen together, they are filmed like Pepper Potts and Black Widow in Iron Man 2: side-by-side looking at stuff that’s not each other, talking about stuff that’s not each other, and going their separate ways at the end of the movie without any acknowledgment of when they might see each other again. They walk beside each other and the camera invites you to look at them, instead of showing you how they can’t stop looking at each other.

When two women are very clearly gay for each other on-screen, they are filmed the way so many bazillion cishet scenes have been filmed before: staring longingly at each other, getting closer and closer to each other, never breaking eye-contact, never talking about other love interests, eyes and body language only for each other, each separation significant. LIKE MARIA AND CAROL. 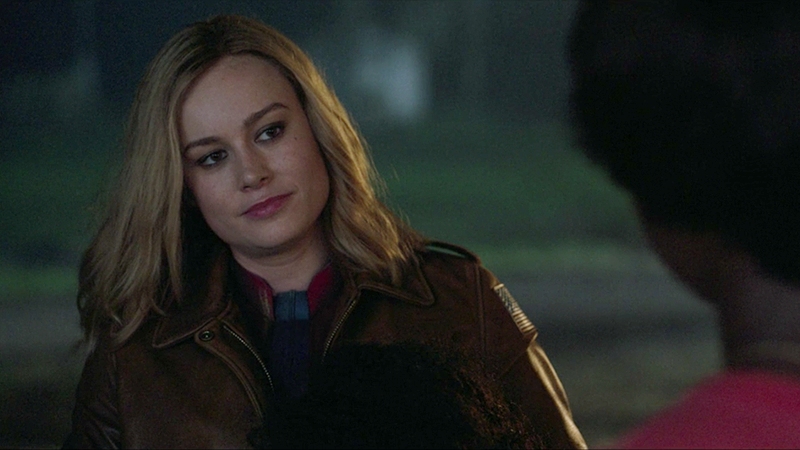 Has there been anyone else? 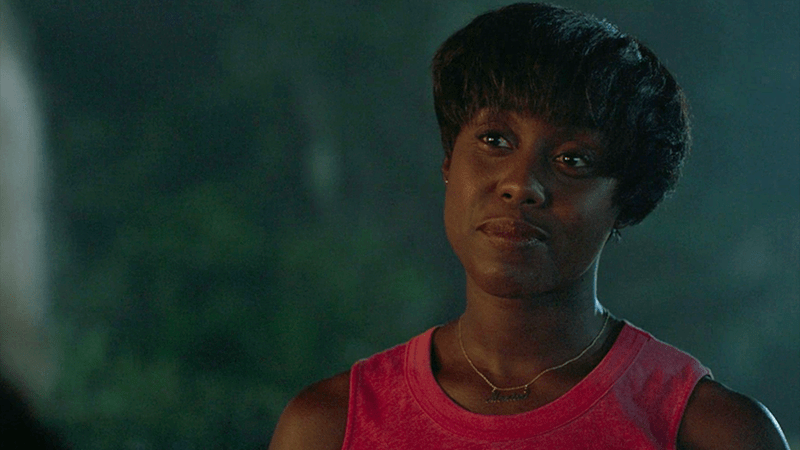 You know there hasn’t.

It’s the same for Bucky and Steve, of course, and then Bucky and Sam, in the Captain America world. The way they live and die for each other, pine and grieve for each other, put their faces really close together and lie on top of each other, risk it all to keep the other one safe/bring the other one back from the dead. Bucky gets classically, heterosexually fridged as a motivating plot device for Steve! Bucky comments flirtily that Steve should keep his full-body spandex Captain America suit! Bucky literally says to Steve, “I am with you until the end of time” like some kind of Disney prince! 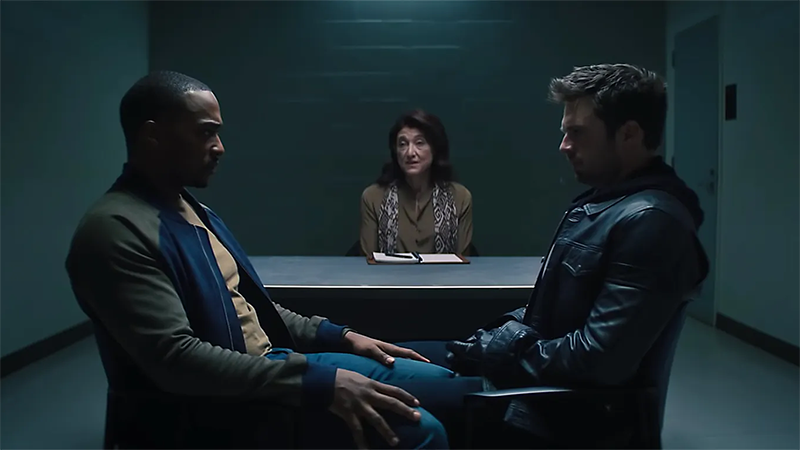 Okay, now, using “I feel” statements, why don’t we talk about how you both feel about Steve Rogers, because, let’s be honest, this could get weird.

Look, we are living in a time when TikTok has declared everyone under the age of 25 queer, in a year when gay people are such a lucrative market that Disney is making its own line of Pride apparel, and when A-list actors are begging to be gay in big budget comic book movies. There’s no excuse for these straight shenanigans anymore. Bisexuality already exists in MCU’s movies. Marvel just needs to acknowledge it. Or, at the very least, stop denying it.